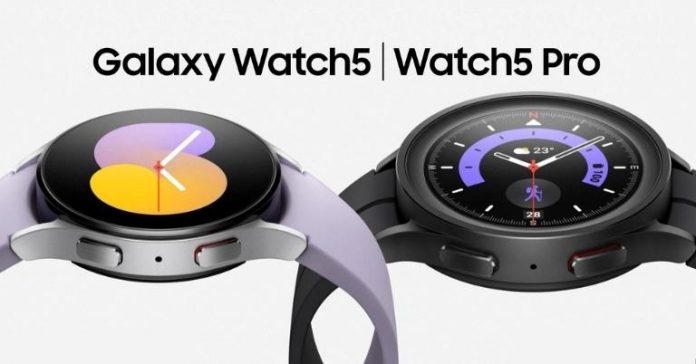 The Galaxy Watch 5 shares many similarities with its predecessor in terms of design. It is available in two case options 40mm and 44mm, retaining the same dimensions as well as the screen size. However, Samsung has included a new sapphire crystal protection for better durability. 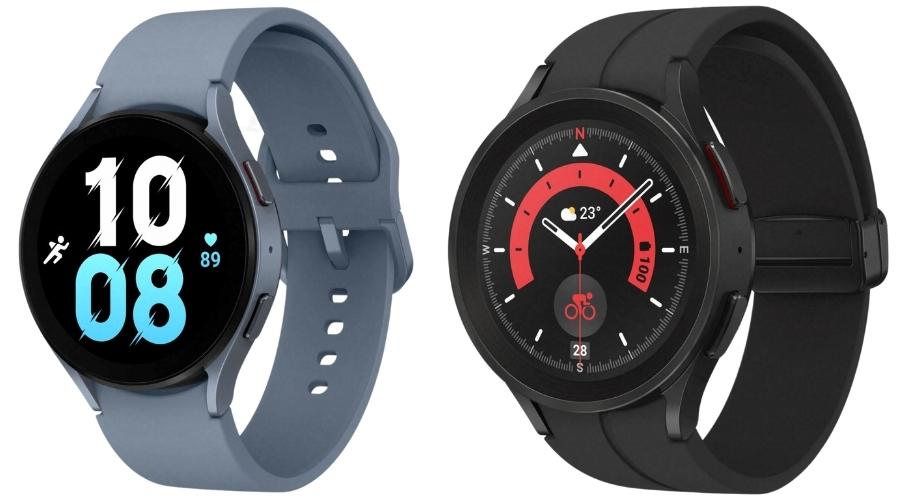 On the other hand, the Galaxy Watch 5 Pro sports a 1.4″ AMOLED display nestled in a 45mm case made of titanium. The Pro edition does away with the rotating bezel in favor of what is referred to as the “Digital Bezel.”

This redesigned look is complemented by a new magnetic strap. Similarly, it has two buttons on the right edge, one of which has a red accent.

The Watch 5 Pro will be available in black and grey colorways. As for the Watch 5, Samsung has opted for Graphite, Pink Gold, Silver, and a new Sapphire. Both watches are 5ATM water resistant and rated IP68 / MIL-STD-810H.

The Galaxy Watch 5 series is powered by the same Exynos W920 processor as last year. Thus, the performance shall remain fairly the same. Furthermore, with 1.5GB memory and 16GB internal storage, the RAM and storage configuration has not been altered too.

On the software side of things, Samsung offers WearOS 3.5-based One UI 4.5 with new accessibility features and a full-screen keyboard among other improvements. Furthermore, Google Maps can be accessed without the need for a phone.

While the processor remained the same, Samsung Galaxy Watch 5 Series brings upgrades to health tracking with its latest 3-in-1 BioActive sensor. The new watches can also feature an infrared temperature sensor.

It checks all the bells and whistles set by previous Galaxy smartwatches but improves on them with better accurate readings. It can measure and monitor blood oxygen levels, stress levels, heart, blood pressure, and ECG. Samsung claims to have achieved this by increasing the surface area of the sensor-skin contact.

Most of the features need Android 8 or higher and Samsung Health app version 6.22 or higher.

Furthermore, Samsung has upgraded the charging as well. The Galaxy Watch 5 series supports fast charging and with 8 minutes of charging, tracks 8 hours of sleep data.