Many companies are in the race of designing a perfect Activity-tracking wristband. The companies are trying to deliver as much as they can. It looks like Samsung has taken this a bit seriously with its latest fitness tracker — Gear Fit 2.

Everyone thinks that smartwatches are not so impressive because of their premium price tag. But wait, I do not think you want to miss this one. Samsung has brought something impressive for gear lovers. Priced at $179, the new Samsung Gear Fit 2 can impress you in a lot of ways. The new Gear is the successor of the Samsung Gear Fit which was launched in 2014. Along with the normal features from the previous gear, Samsung has now added the GPS functionality and Heart-rate tracker to Gear Fit 2 and sports an attractive Display.

Samsung has not only modified the exterior but also upgraded the interiors. The Gear fit 2 is compatible with all the android smartphones running the Android 4.4 (KitKat) or higher, unlike its predecessor which was limited to Samsung smartphones only. The 4GB of onboard storage for storing the music is a nice feature in the Gear fit 2. 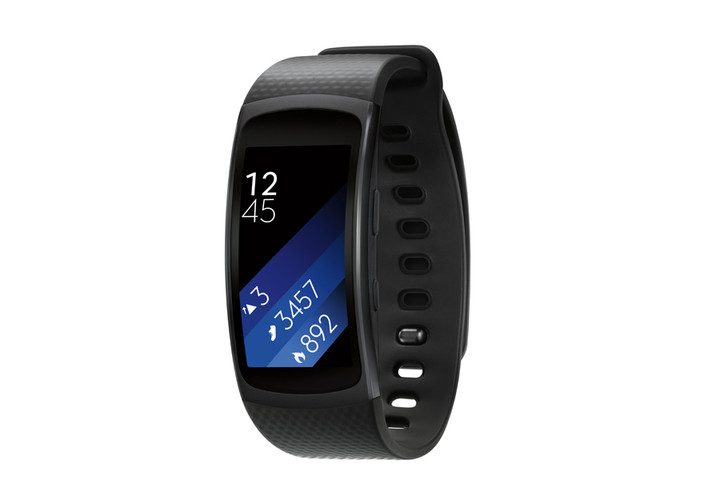 Samsung has always been a leader in the display department. The 1.5-inch Super AMOLED screen gives a pretty vibrant display, which I can say is the best display in any fitness gear till now. The pixel density has bumped up to 322ppi. Clocked with 1.6GHz dual-core Exynos 3250, it runs on the company’s own OS, Tizen, which Samsung has included in its other smartwatches too. It boasts 512MB of RAM which is smooth enough to run the fitness apps and Samsung-made apps included in the gear. The integration of S Health app into the device has given a huge boost to deal with the fitness activity records. 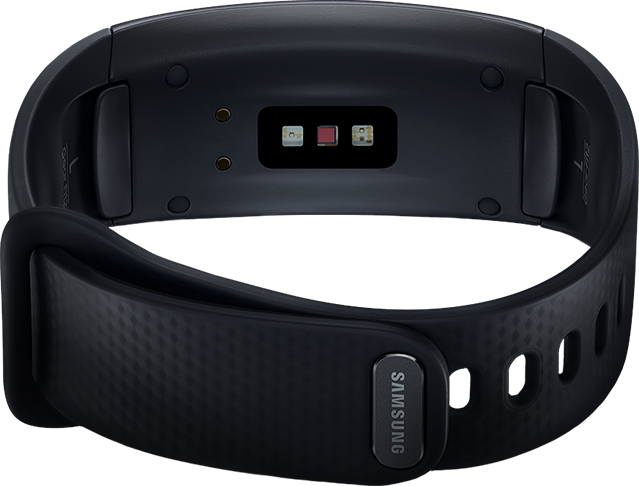 The built-in GPS helps track your route and can automatically detect and record when you are running, cycling, walking — thanks to the help from accelerometer sensor. But you will have to let the device know if you are doing some complex activities like Yoga and Kapalbhati Pranayama :P. The screen provides real-time data while you carry on your daily exercise. The Gear Fit 2 can track your steps, distance travelled, sleep, calories burned and other common fitness stats. The barometer helps to detect the elevation. 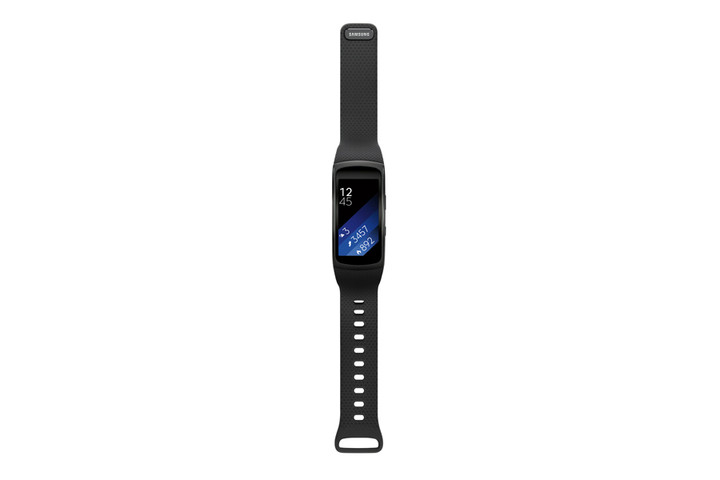 You can also handle the notifications and get calendar alerts, calls, and texts, too. Although, you cannot use the voice technology to reply to your calls or texts but using emoji messages is fun to some extent. Another interesting feature is that you can directly stream from Spotify to a Bluetooth earbuds or headphones. But, this only works if your smartphone maintains a connection to your Gear Fit 2 since Spotify requires an internet connection.

Personally, the best thing about the Gear fit 2 is it’s less bulky than most smartwatches out there and definitely less chunky than your average smart fitness watch. It’s even water resistant with an IP68 rating, though I am not quite sure if you can use it while swimming. The device supports wireless charging and comes with the magnetic charger out of the box.