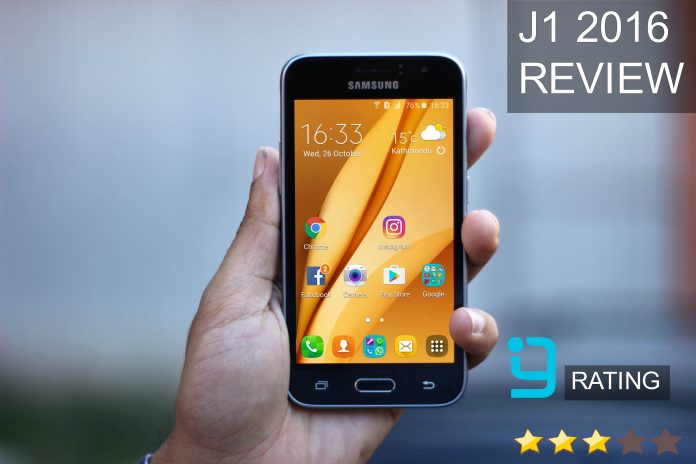 The Chinese smartphones have taken over Samsung’s budget lineup over the past couple of years as the company is struggling to offer better-specced budget phones when compared to its Chinese counterpart. The recently launched Galaxy J1 2016, the successor to last year’s Galaxy J1, offers meaningful updates like bigger sharp AMOLED display, quad-core processor, and 1GB of RAM — all for an asking price of Rs. 11,300. Can the J1 2016 stand out against the competition in providing the best experience in the budget category? Let’s find out.

The Galaxy J1 2016 is reminiscent of the previous Samsung phones as it’s entirely made up of plastic with a faux metal frame. The back is removable giving users access to the replaceable battery, microSD card slot, and 2 SIM card slot. Despite featuring a plastic back, the phone is not cheap by any means and feels sturdier in the hands. 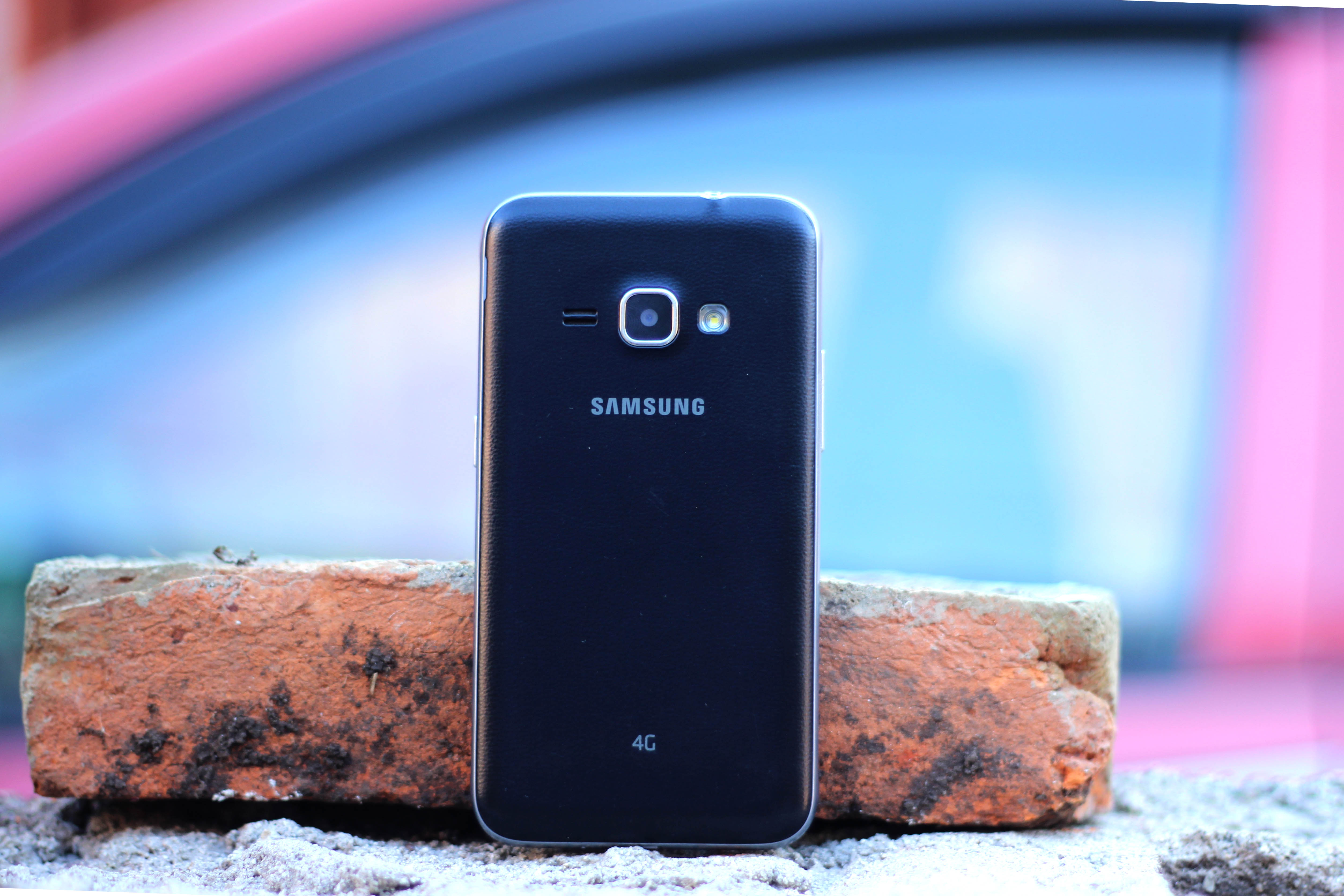 The size of the device is compact and ergonomic as it sports a 4.5-inch display and thus the one hand operation is an advantage. It weighs at 131gms and measures 8.9mm in thickness. The power button is on the right while the volume rocker is on the left. The front houses a 2MP front camera, earpiece and proximity sensor. The phone lacks an ambient light sensor like with all the Samsung J-series of smartphones, hence the brightness level have to be adjusted manually. The back houses a 5MP camera with LED flash, loud speaker, and Samsung’s traditional Home button, which feels marvelous and responsive and hence gives nice feedback. At the bottom, there is a microUSB port and the primary mic (no secondary noise cancellation mic). The 3.5mm headphone jack sits on the top. Overall, the Galaxy J1 2016 punches well above its weight when it comes to design and build. The Galaxy J1 2016 has a 4.5-inch display with a resolution of 480 x 800 pixels netting a total pixel density of 207ppi. You could easily get smartphones under Rs. 12,000 with HD IPS LCD display, but the J1 2016  has a Super AMOLED display that offers excellent contrast and oversaturated colors. 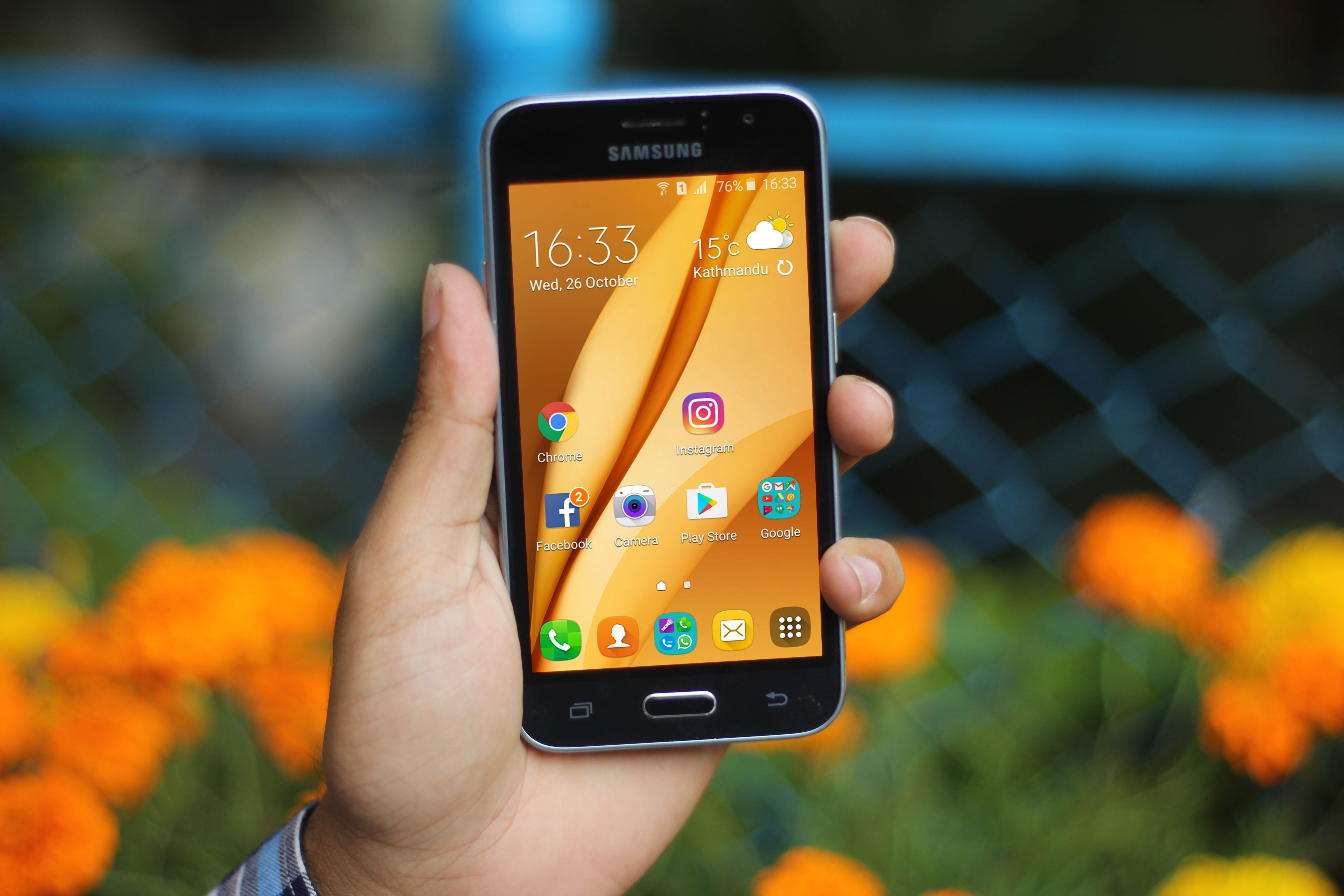 The brightness is also stellar for the price tag with great outdoor visibility. Although it lacks display protection, but using the phone for 2 weeks I didn’t have any scratch without any tempered glass.

The Samsung Galaxy J1 2016 still boots on Android 5.1.1 Lollipop with Touch Wiz UI which means you will miss out on few Marshmallow features like Doze and Now On Tap. Over the years, the UI on Samsung phones has become bloat free and optimized, and the J1 2016 is no exception. It comes with some preinstalled apps like Google’s mandatory apps, Operamax data saving app, and Ultra power saving mode. The Sbike Mode that was embedded in the J3 2016 and J5/J7 series is not included on this model.

The Samsung Galaxy J1 2016 is powered by a Quad-core 1.3 GHz Cortex-A7 processor (Spreadtrum SC9830) and 1GB of RAM. The phone doesn’t lag at all while performing basic tasks like navigating through UI, browsing, and using Facebook. However, like with all the budget phones, the J1 suffers while multitasking and playing games — all because of iffy underperforming Cortex A7 32bit processor and 1GB of RAM. It’s a real shame that Samsung didn’t include 2GB of RAM which would have made the phone perform substantially better. There are many phones with 2GB of RAM for the money Samsung is asking for the Galaxy J1 2016. The phone comes with just 8GB of ROM and after installing few apps you will soon realize that you will require a microSD card to expand your storage.

The 5MP rear camera on the J1 2016 is mediocre, but having said that, the J1 2016 flairs well well compared to the competition. It is far better than what you get at this price range. During daylight, the photos come out decent at first impression, but there is nothing to write home about. The color reproduction is inaccurate and the photos lack in details while you zoom in. Dynamic range is poor considering the price tag and it also lacks HDR mode. The low light photography is below average with lots of noise. 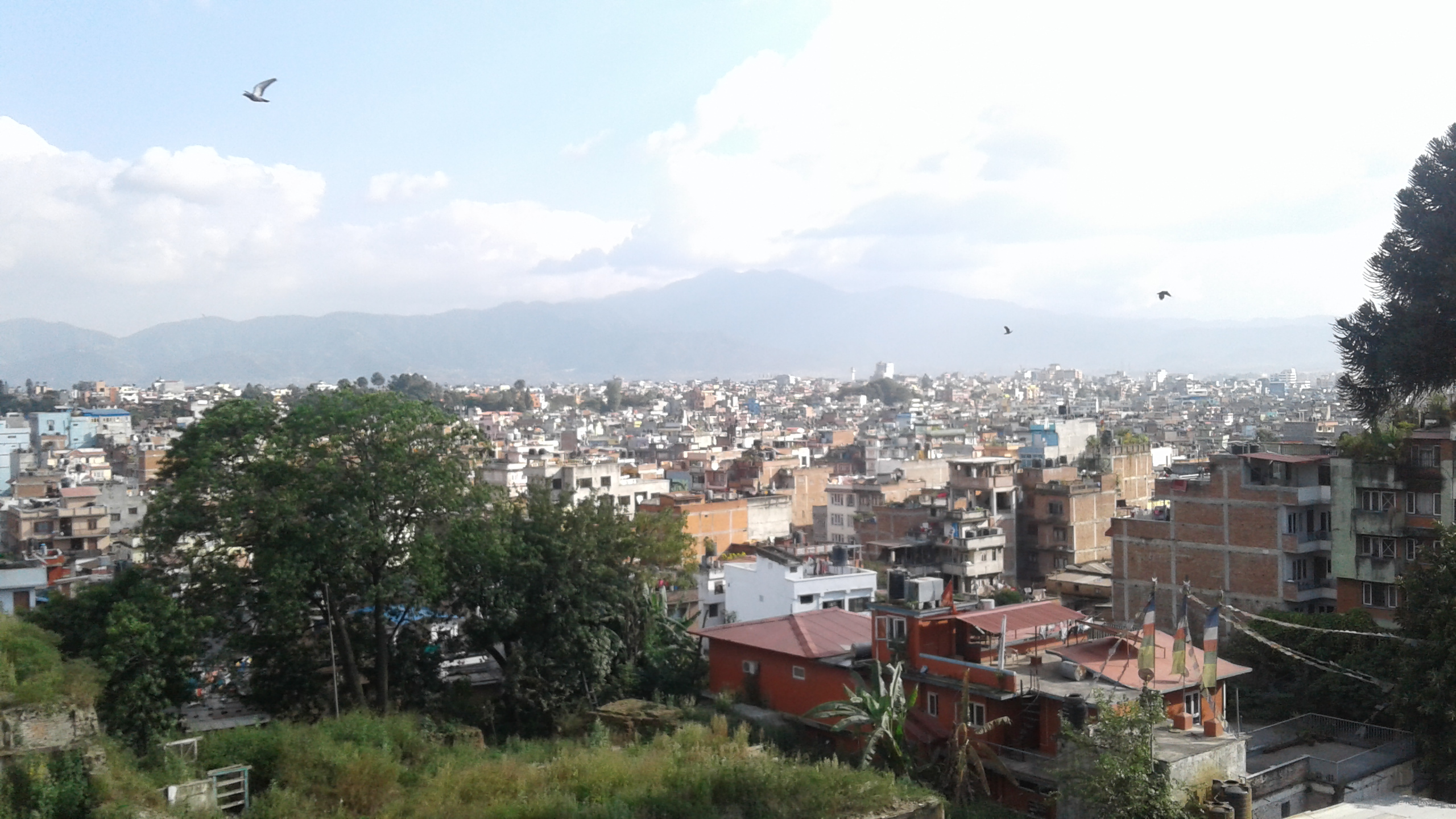 The 2MP front camera is below average even for social media uploads. It would be better of pointing the main snapper and hoping for the best shot.

The Samsung J1 2016 supports 2 SIM, first slot with 4G and the second slot with 3G. Other connectivity options include 2.4GHz Wi-Fi 802.11 a/b/g/n/ with hotspot support, Bluetooth v4.0, an FM radio, and GPS. As expected at this price range, NFC is missing here.

Despite lacking secondary noise cancellation mic, the Samsung Galaxy J1 2016’s call quality was surprisingly good. It’s clear on both the receiver and transmitter end. The loudspeaker is also clear and loud for an entry-level device. 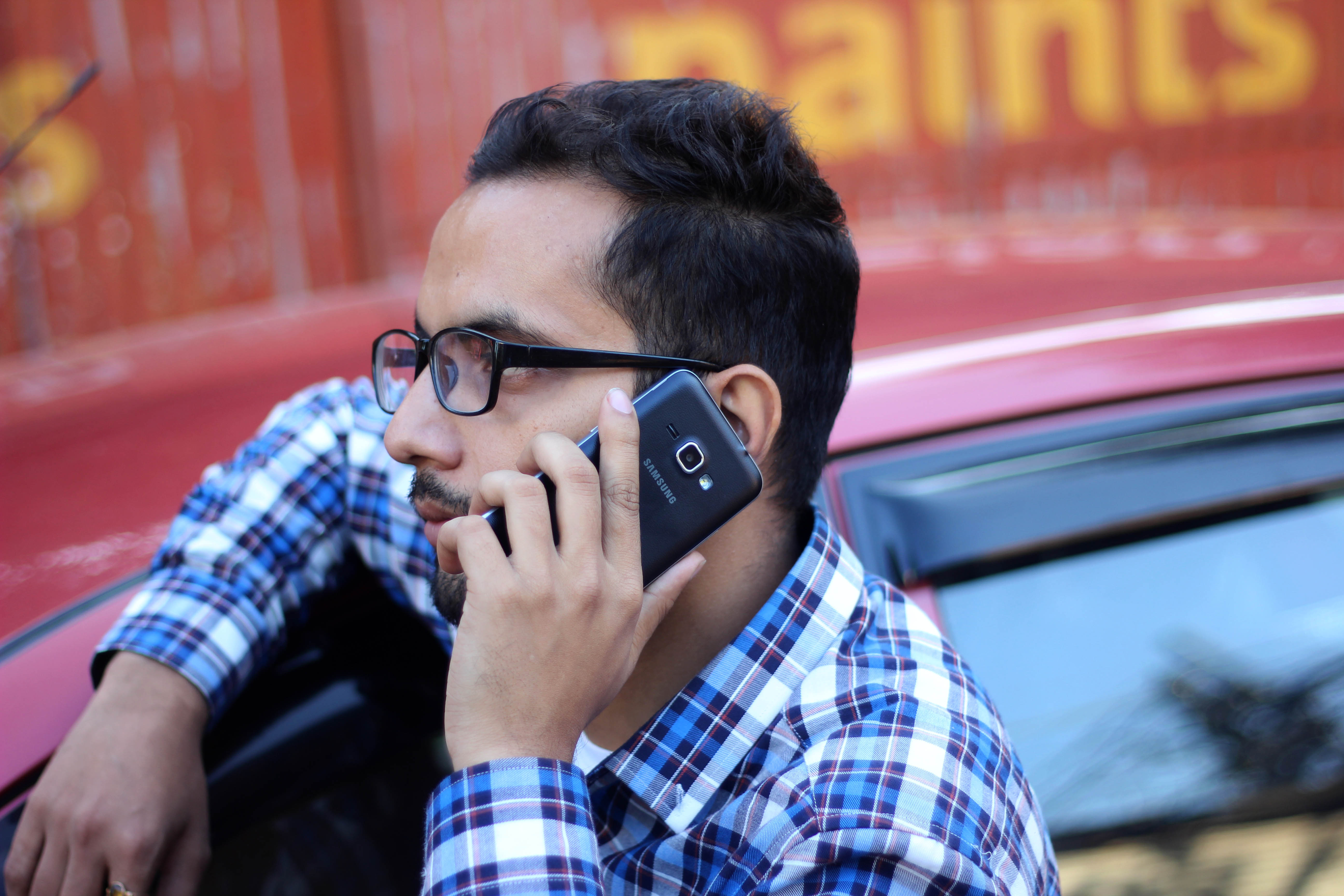 The Battery is another asset of the Samsung J1 2016. On our test, the phone lasted 2 days on moderate usage with 2 hours of browsing, 1 hour of 3G calling, and 1 hour of youtube. The phone offers 4-5 hours of onscreen time on medium brightness. 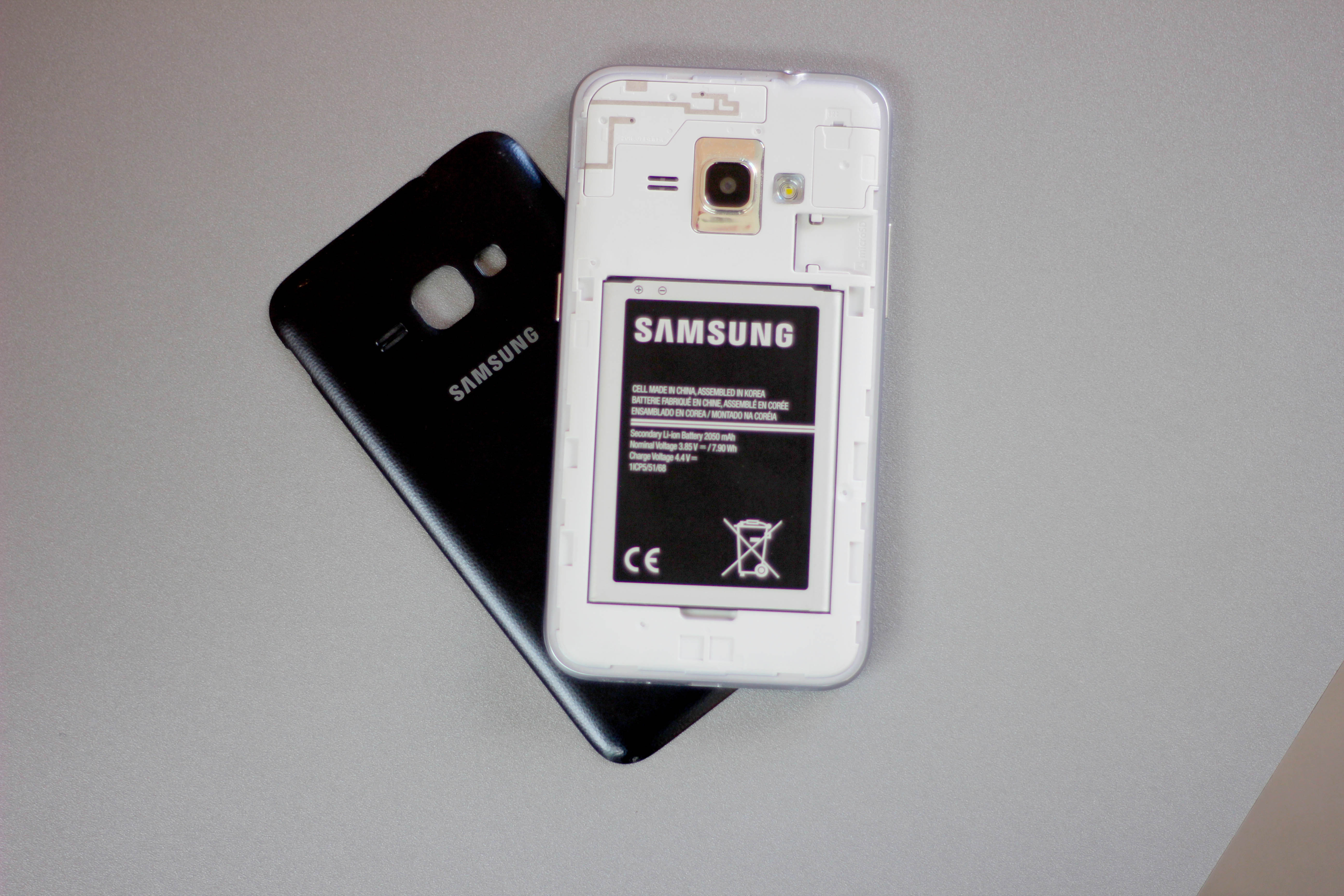 The battery on the Galaxy J1 2016 is removable which means you can just remove the back cover and replace it. Since the phone lacks quick charge technology, it won’t be a bad investment if buy an extra battery for your needs.

There’s a lot of things to like about the Samsung J1 2016, but there are equally a lot of things to dislike. What I liked about the phone is its compact form factor, Vivid display with good contrast and oversaturated colors, excellent call quality,  and good battery life.

However, 1GB of RAM and the iffy quad-core processor is disappointing. The front camera is below par too. To be honest, you can get better value from other manufacturers if you are willing to spend 2-3K more, but if you are not, Samsung J1 2016 is a solid choice.