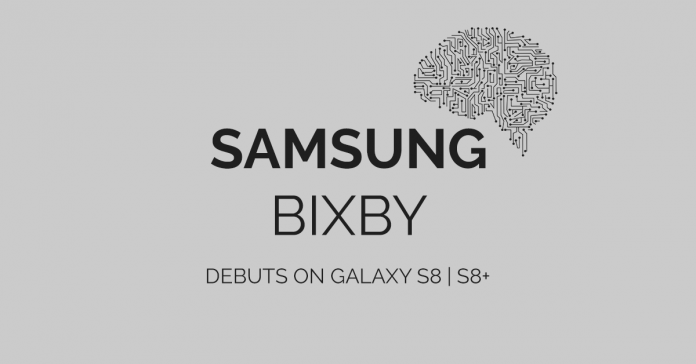 Right from the rise of smartphones, users adapted the touch interface as the primary way of interacting with a phone. Things started to change after big names in phone industry introduced their own AI-powered assistants one after another. Now, Google’s Assitant, Apple’s Siri, Amazon’s Alexa and Microsoft’s Cortana are doing good already. The voice-powered Samsung’s S-voice was seriously lagging far behind in the competition and who could realize that more than the Samsung itself. Finally, Samsung has made its new AI-assistant “Bixby” now official. It will make its debut on the next Galaxy and that’s Samsung Galaxy S8 and S8 plus. However, Bixby will come pre-installed on future Samsung phones and home appliances as well.

What makes Bixby different than its competitors?

On a blog post, Samsung made its new AI-powered agent the Bixby official and mentioned how it differs from its competitors. To release a whole new voice-assistant on a phone, Samsung certainly needed to offer more than what are currently available. Looking at the blog post, Samsung does seem to deliver more on its new AI assistant that has three key properties:

In any Bixby-enabled apps, the user will be able to perform any tasks, one could do using the touch interface, just by using his/her voice.

Just like Now on Tap, Bixby can read what’s on your screen and will help you carry out your current work-in-progress. Plus, Bixby can be called any time just with a click of a button and it will let the user switch between voice or touch seamlessly.

Unlike current AI assistants that need users to use specific voice commands in preset formats, Bixby is intelligent enough to understand the user’s intention even in incomplete voice commands. It will try to make the best out of the spoken words and will make further queries as and per needed.

According to Samsung, Bixby is capable of doing much more than its competitors. It will just not facilitate searches and answer fact-based questions. Rather, it will learn and adapt to the user and his/her intentions. It will redefine the way one interacts with the phone. Having an assistant that is capable of performing any tasks that are only possible with touch is truly praiseworthy.

However, the Bixby will be limited to Bixby-enabled apps that will come pre-installed with the next galaxy. However, as Samsung is planning to release the SDK for the third-party developers. The number of Bixby-enabled apps will certainly increase with time. The Galaxy S8/S8 plus will have a dedicated button on the left side of the device to wake this assistant.

Well, this AI assistant from Samsung, or should I say the agent as that’s what Samsung wants us to say, looks promising. The best part is Bixby to be integrated with every future Samsung products. So, I would love to see Samsung Home appliances coming with such powerful AI agent like the Bixby. Such integration is certainly going to redefine the way human interacts with a machine. We, no longer, will have to rely on touch interfaces for controlling our appliances. Plus, if things go as planned, you can ask your phone to change the channel on your Samsung TV. And, you can ask your Samsung Fridge to add milk to your shopping list on your phone when you realize your fridge ran out of milk.