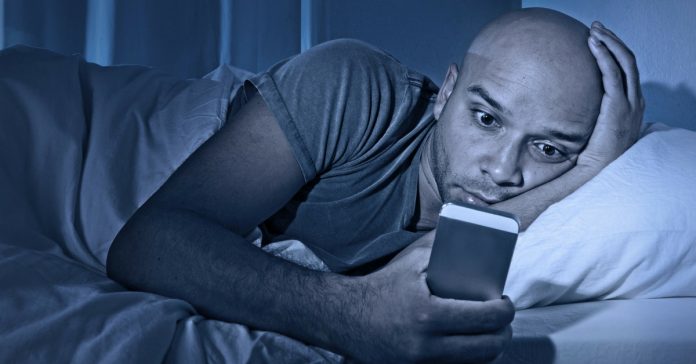 Most of us who use our phones right until we sleep have another bad habit. Keeping our phones right next to us on the pillow. But that is not as bad as what it can actually lead to. Yes, sleep texting. And it is a “phenomenon” which occurs when an individual sends or responds to a text message electronically while in sleep state.

Also Read: More than half of the world is connected to the Internet today!

Think about it. You have your phone next to your pillow, and you receive a notification about a text message. Your body is programmed to reach for it even if you’re half asleep! In that state, you reply whatever, but will probably not remember it the next morning. That is purely instinct, but one brought about by our habit of being on our phone most of the time.

This actually comes from a study conducted at Villanova University. Researchers surveyed about 370 students and found this problem more common than previously thought. Some 25% of the students admitted to sleep texting previously as well. Out of which, over 70% didn’t remember doing it whereas 25% of them did not remember what they texted.

The lack of memory is not surprising, as people generally don’t remember the last moments before they drift off to sleep. And similar is the case with those who wake up after sleeping for a short while. They are in a half asleep state, but the body instinctively does the texting. So, those who do it have no idea they did it anyway.

Not a very strange thing, is it? Many tend to fall asleep while talking to someone on the phone late at night. They, too, have no memory of what they say before completely dozing off. A result of smartphone addiction combined with our lifestyle. Yes, human evolution surely knows no bounds!