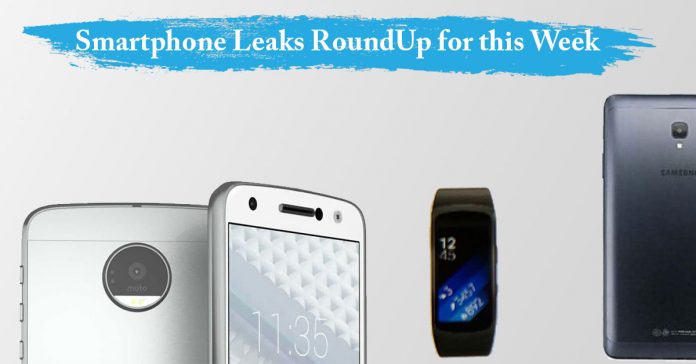 We are already halfway through the year and there were amazing phones and gadget launches in 2017. But we still have an entire quarter left on the calendar and the manufacturers are not settling down yet. Every now and then we see leaks of different phones, tablets, and wearables. And this week alone we saw leaks of around 4 new products. So let’s see what new gadgets are in the pipeline waiting for a release. Samsung Galaxy A5 2018 was recently spotted on Geekbench website which revealed numerous specs of the phone. First, the phone is powered by 14nm Snapdragon 660 chipset which is an upgrade over the Snapdragon 653 processor.  The phone will also incorporate massive 6GB of RAM. The model number of the phone is SM-A5300. Like the previous Galaxy A5 2017, we can expect its launch in January with the latest version of Android O. Meizu M6 Note was also recently leaked with its Geekbench scores. The device will have 5.5-inch Full HD display. It will be running on Android 7.1.2 Nougat. The phone is likely to be powered by either Helio P25 or Snapdragon 625 chipset. Meizu M6 Note will come in two variant; one with 3GB RAM and 32GB storage and another with 4GB RAM and 64GB Storage. It is backed up by 4,000mAh battery. Meizu M6 Note is likely to launch within next week.

We have been seeing leaks of Moto X4 a lot lately. And recently, hands-on images of the Moto X4 were leaked online showing its back and front. The phone will come with 5.2inch Full HD display. The main highlight of the phone is certainly the Dual Rear Camera where the primary shooter is 12MP and the accompanying wide angle sensor is of 8MP. Up front, it has a 16MP camera which will offer 4K recording. If it ships with that front 4K recording, it’ll be the first phone in the world to have that feature. Moto X4 is also expected to launch next week. Samsung Gear Fit 2 Pro is scheduled for launch on August 23 along with the Galaxy Note 8. But the famous leaker Evan Blass got the screenshot of the product that was accidentally listed on the Samsung’s website. Apart from its price of $200, nothing has been confirmed about the device.