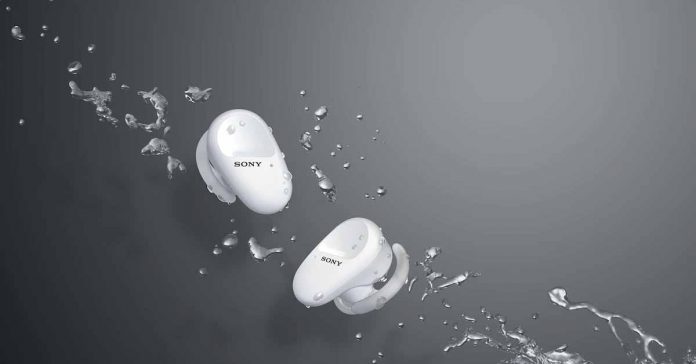 True wireless earbuds are in the trend and they have been for quite some time now. A couple of days ago we saw Huawei launch its new FreeBuds 3i. And it seems like a cheap alternative for the AirPods Pro. Now, Sony, a leading manufacturer of headphones and similar audio products, has come up with a new addition to its TWS earbuds. The company has launched the Sony WF-SP800N, a sort of a mid-range earbud. It comes with ANC, long battery life, and more. Let’s find out more in detail about the new Sony WF-SP800N including its expected price in Nepal.

The new Sony WF-SP800N is a true wireless (TWS) earbud with an in-ear design. It has adjustable arc support that helps the earbud to stay put in your ears. If it weren’t for the arc support, there’s a high chance that you might confuse it with the WF-1000XM3.

Moreover, this earbud is also a part of Sony’s Extra Bass audio series. Furthermore, it also has an Adaptive Sound Control which helps to adjust the ambient sounds automatically as per your surrounding. It contains separate profiles for running, walking, and commute. Moreover, the Sony WF-SP800N boasts active noise cancellation (ANC), IP55 water and dust resistance and touch controls. For configurations of the audio output, you can pair it with your smartphone using the Sony Headphone Connect app. It uses Bluetooth 5.0 for connection. Sony is all-in for 360 Reality Audio, though, it is not available across all of its devices. But you’re in luck if you purchase the WF-SP800N, as it is compatible with immersive audio technology. However, a subscription with a streaming service that offers this feature is necessary.

As mentioned above, it is in the battery department where the Sony WF-SP800N excels. It offers 9 hours of battery life with ANC and 13 hours without it. And the case adds an extra 9/13 hours of battery life (depends upon ANC). Furthermore, it supports a 10-minute quick charge that offers 1-hour battery life. However, there’s no support for wireless charging.