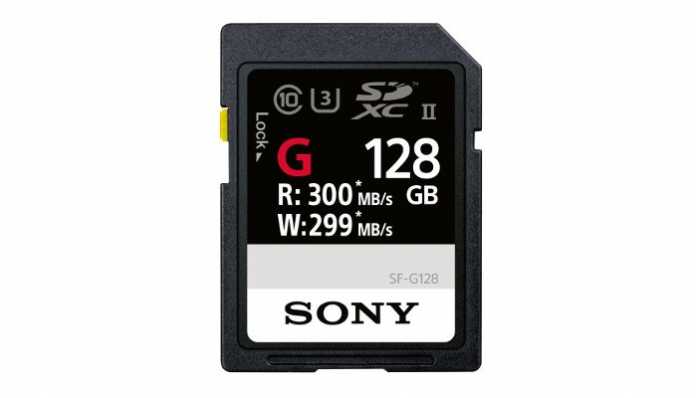 Sony has laid a claim for the title of ‘world’s fastest’ Secure Digital (SD) card after it revealed its newest member of the SF-G series. Named UHS-II SDXC, the SD card comes with a read and write speeds of whopping 300 and 299 megabytes per second respectively.

If you have used digital cameras, you definitely know about the messy problems that arise due to the limited write speed of SD cards, be it during capturing still burst pictures or when shooting 4K videos. So, in order to overcome this problem, Sony came up with the UHS-II SDXC.

Talking about the product, Viviano Cantu, Vice President, Product Marketing, Sony Americas Media and Energy Group, said, “As the continuous shooting of higher-resolution images and adoption of 4K video with DSLR and mirrorless cameras increases, the inherent need for larger, faster and more dependable cards becomes apparent.  A longtime leader at the forefront of professional media, Sony has met these growing demands with the debut of the SF-G Series, which offers industry leading performance.”

But how is the performance in the SD card boosted? Sony has used a new algorithm in it that can ‘prevents loss of speed in data writing even after repeating burst shooting’ which in turn helps in speeding up a camera’s ‘burst shooting’.

The company is yet to disclose the pricing of the UHS-II SDXC but we can expect it to be a tad bit expensive during the time of its launch. It will come in three variants – 32GB, 64GB and 128GB.

Sony, however, isn’t the only manufacturer to come up with this high-speed memory cards. SanDisk previously launched its Extreme Pro SD UHS-II cards that feature a read speed of 300 MB/s and write speed of 260 MB/s. So, even if the UHS-II SDXC is extremely fast, it won’t be long until we see a release of a SD card with much greater speed.