Alongside the Spark 8, Tecno has launched another entry-level smartphone in Nepal called the Tecno Pop 5 LTE. As implied by the name, this is a 4G handset powered by MediaTek Helio A22 chipset. In this article, we will go over the main specifications, features, expected price, and availability of the Tecno Pop 5 LTE in Nepal.

The rear plastic panel of the Tecno Pop 5 LTE has a dual-tone finish. Similarly, the back has a rectangular camera bump as well as a fingerprint sensor. Ice Blue, Deepsea Luster, and Turquoise Cyan are the three color options available from Tecno for the Pop 5 LTE. 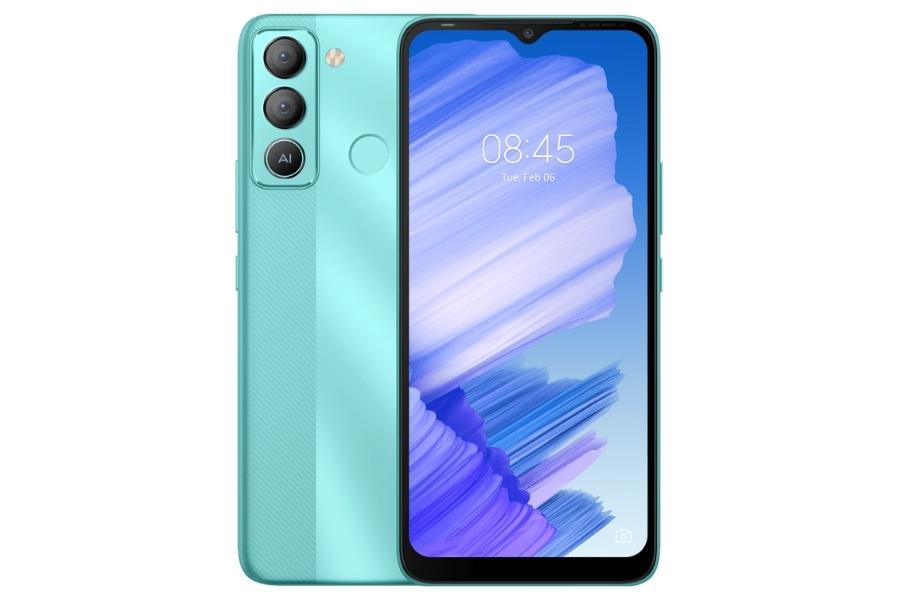 For the display, you get a 6.52-inch HD+ LCD panel with a 60Hz refresh rate. A selfie camera is housed in the dot notch.

As aforementioned, Tecno Pop 5 LTE is powered by a budget Helio A22 chipset, paired with 3GB RAM and 32GB of internal storage. The phone runs on Android 11 Go Edition.

It has a single 8MP primary camera on the back and a 5MP front selfie camera. The Tecno Pop 5 LTE gets its fuel from a 5,000mAh battery that charges via micro-USB.

The sole 3/32GB variant of the Tecno Pop 5 LTE costs NPR 13,990 in Nepal. Additionally, the company offers 100 days replacement and 13 months warranty. The phone is available in Tecno retail stores across Nepal.