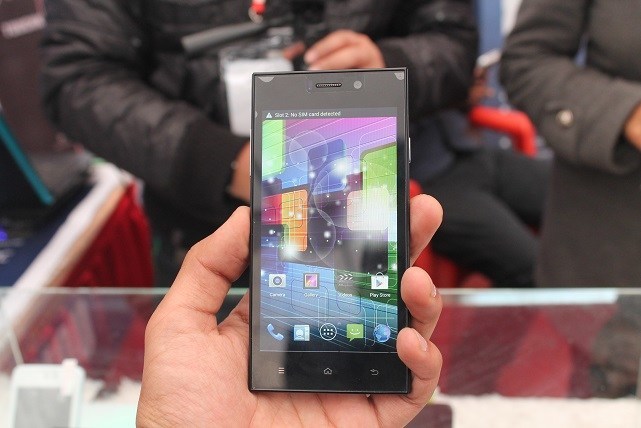 Dubai based company Touchkon launches 3 new smartphones: M501,M507 and M508 at CAN-infotech 2015. These phones are now available for purchase at different retail stores all across Nepal.

M501 is a budget phone priced at Rs.5900 ($55) and sports a entry level specs like 4 inch HQVGA screen, Dual core processor, 256 MB of RAM, 2MP camera and 0.3MP front camera. The phone has a 2500 mAh battery and considering a 4 inch low resolution screen and less power consuming processor, the 2500 mAh battery should give enough battery life. M508 features a 4.7 inch qHD screen( 540*960 pixels)IPS screen with OGS technology which reduces the thickness of display. Under the hood is a Quad Core MT6582 processor running at 1.3Ghz assisted by 1GB of RAM and 4GB of internal storage which can be further expanded by MicroSD card upto 64GB. The phone sports a 8MP back camera with LED flash and a 2MP font camera. The 2200 milli Amp hour battery gives you a standby time of 2 days and videoplay back of 5 hrs. It runs on Android Kitkat 4.4.2 and the phones supports USB OTG so that you can insert pendrive when needed. Weighing just 126gms and measuring 7.1mm thick, this phone feels sturdier in the hands and looks sleek in design. It is priced at Rs.15,700 ($150) in Nepal.