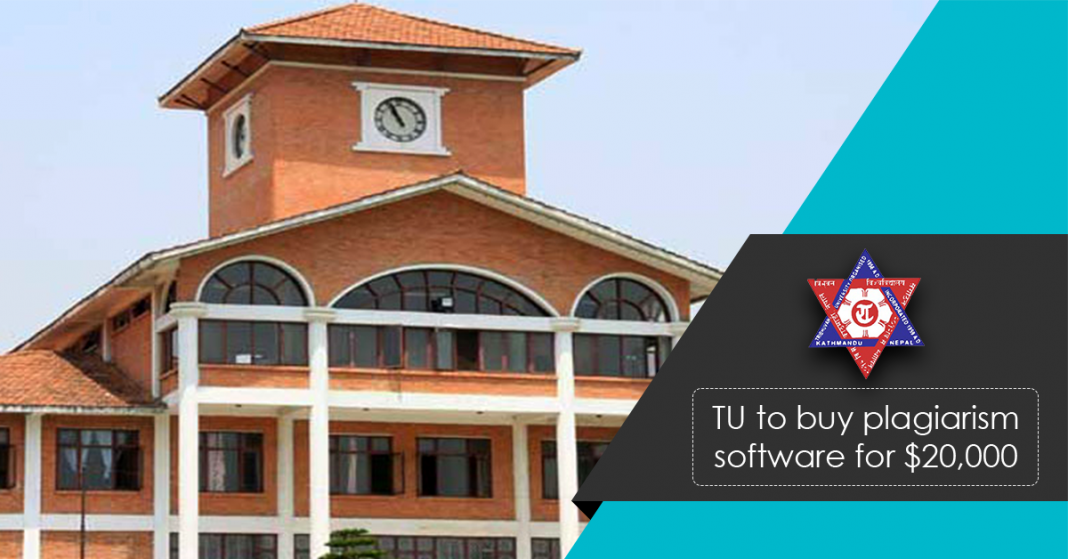 If you are friends with any previous pass outs or the current students of Tribhuvan University, you surely have heard about some random guy copying someone’s thesis. And even though you know copying is bad, some of you end up wishing you could do the same thing.

According to Republica, TU has permitted a policy to control plagiarism in research papers of Master’s degree, MPhil and PhD. This has surely got to be a welcome addition as some of the students of the University are into plagiarizing research papers from a very long time.

Tribhuvan University’s Vice Chancellor Prof Dr. Tirtha Raj Khaniya, who came into a huge controversy after reports suggested he had plagiarized whilst writing a paper for the NELTA journal, said, “This is an attempt to check irregularities. There is a serious trend of copying others’ contents and language without giving credit to the authors.”

All this comes as a move to discourage the ongoing plagiarism in the education sector. But some have criticized the university for the amount it looks set to buy the detection tool. According to some rumors, the software could potentially cost TU $20,000 to $60,000. But Khaniya has denied the rumored pricing saying it will not get as high as that.

But the fact that there is a free version of the application available has resulted in criticism of the biggest University of Nepal. Regarding this matter, Khaniya explained, “TU should have authentic full version software rather than the free version.”

Khaniya said, “We will go in line with the recommendations to implement the concept of the policy to work against plagiarism.”

Whatever the price Tribhuwan University pays for the tool, this has to be considered as a great addition to the ones who actually conduct research.