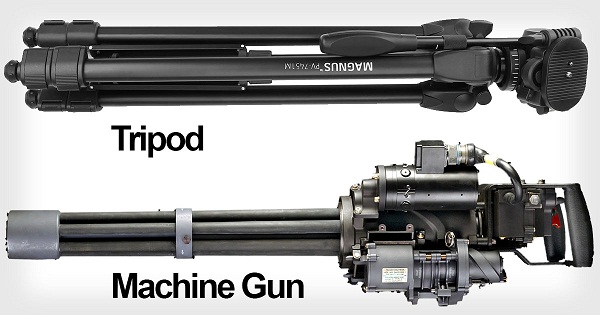 Have your gadgets ever been mistaken for a weapon? Strange Nah? But, it can happen anytime with you.

Advancement of technology brings many new gadgets in the market every day, along with their accessories. So obviously, there is much chance that some of them can look like weapons. In fact, some are made so that they can have the shape of weapons. For example, an action camera is made in the shape a pistol, a power bank like a stone while a monopod looks like a stick (sometimes trekking stick as well). Similar incident happened in Lancaster in the US some days back, where a tripod mistaken for a machine gun. A software company called a photographer for pictures, but someone on the street thought it was a machine gun and called the police. But when police arrived and investigated, it turned out to be a tripod. Instead of being angry, the photographer thanked the police department for responding very quickly.