UMIDIGI has produced quite a few phones over time. One of its recent arrivals in the Nepali market is the UMIDIGI Crystal that has been offered at a budget price of Rs, 25,900. The device is one of those smartphones that offers a near bezelless display and 4GB RAM along with 64 GB storage at a low price. The other specifications too look very impressive on paper. Let’s not get carried away by the specifications. What the phone’s performance, in reality, is like? Here is a full review of the UMIDIGI Crystal to help you answer the question. 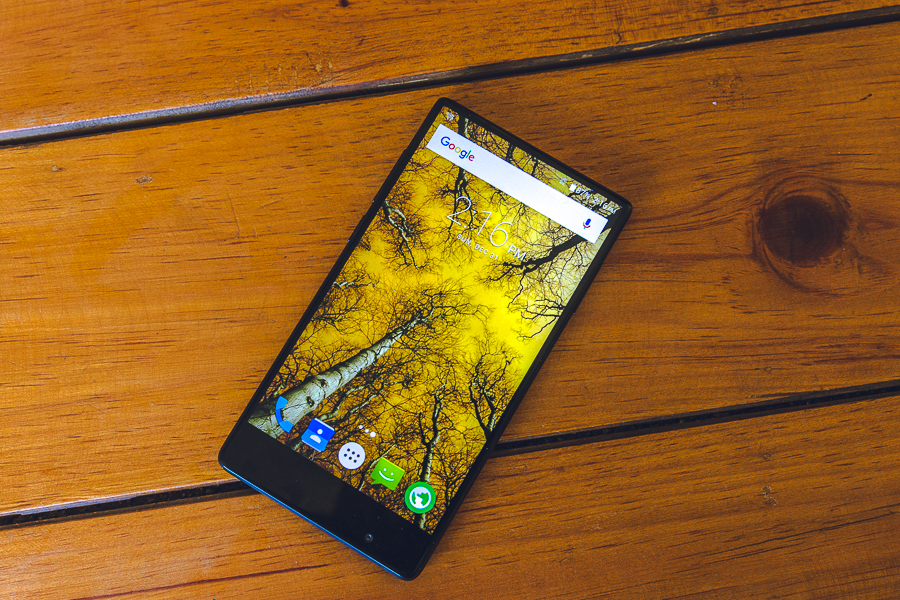 Let’s go for the design and display first. I must say that the phone looks very premium for the price. The 18:9 aspect ratio surely does not go out of notice! There is glass everywhere, on the front and even on the back, which is, surrounded by a metallic frame. Apart from the metallic portion, the entire thing is protected by Corning Gorilla Glass 4. The only complaint I have with the glass is that it attracts a lot of smudges, as you can see for yourself; my prints are all over the phone. But in terms of scratch protection, it does well.

Moving on, the phone has a 5.5- inch 1080p display which is very sharp and bright. It has a good color reproduction meaning the colors are nice and vibrant and the level of contrast it provides is good too. The display is visible under sunlight too and I must say there are no viewing angle problems on this device. The UMIDIGI Crystal does well in the display department. On the top, we have the 3.5mm audio jack and the proximity and light sensors and just below it, we have a small speaker. Similarly, on the bottom, we have the USB port and two speakers. On the right, we have the SIM/memory card slot and on the left, there are the volume control buttons and the power button. What I have always wanted to say out loud is, the UMIDIGI Crystal has the worst power button placement in the world. I mean, each time, I had to struggle to find it. And mind you, I used this device for more than 2 weeks and I still have the same concern. Well, you can imagine the magnitude of the problem!!

The notification light on the lower side looks cool. Though the looks are elegant, the phone is one awkward device to hold. I think it’s probably because of the edges being too pointed and the phone being a bit thick. Thereby, in the design portion, the phone could have done better rather than only focusing on minimizing the bezels!

Second, let’s dive into how the device performs. The UMIDIGI Crystal is powered by an octa-core MediaTek6750T processor coupled with 4GB of RAM and 64 GB of onboard storage expandable up to 256 GB. Out of the 64GB storage, we have 54 GB left for usage, which is okay! App switching on this device is fine; however, app opening is a little slower in comparison to other phones. It’s like the phone panics while we try to open any app in a rush. The phone is not as responsive as it should be. However, the phone can handle many apps at the same time. On my use, the phone has never shut off while aggressively using different apps. 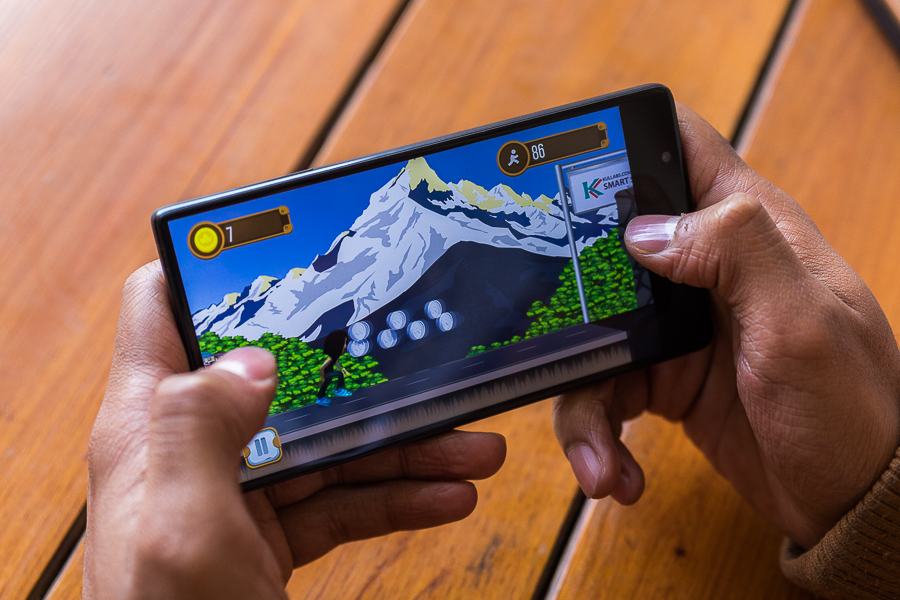 Gaming on this device is a good experience. I have played high end to lower end games and the results are pretty good. No stutters while playing any games and the visuals look good as well. So, no complaints! The only thing that bothered me while playing games is that the speakers tend to be covered while holding the phone with both hands and I could not feel the trill while playing Asphalt 8 and Hakku run. Other than that, gaming is smooth. And yes, long time gaming equals to the device heating up as fire.

The UMIDIGI Crystal comes with Android 7.0 Nougat coupled with a near stock like UI. So, you are not going to find bloatware on board. The UI has some additional features like, customizing the notification bar, changing the position of navigation keys, etc. There is also a guest mode for the ones preferring to use it. Overall, the UI is simple and nothing to whine about. The GPS tracker is not, however, very accurate. It tends to lose your location time and often. While I am still complaining about the performance, wifi connectivity, in the UMIDIGI Crystal, though it’s dual-band, it’s not good. I mean it loses the signal often if you are not near your router. This is very frustrating.

Summing up, apart from the gaming and UI experience, the performance is just okay! 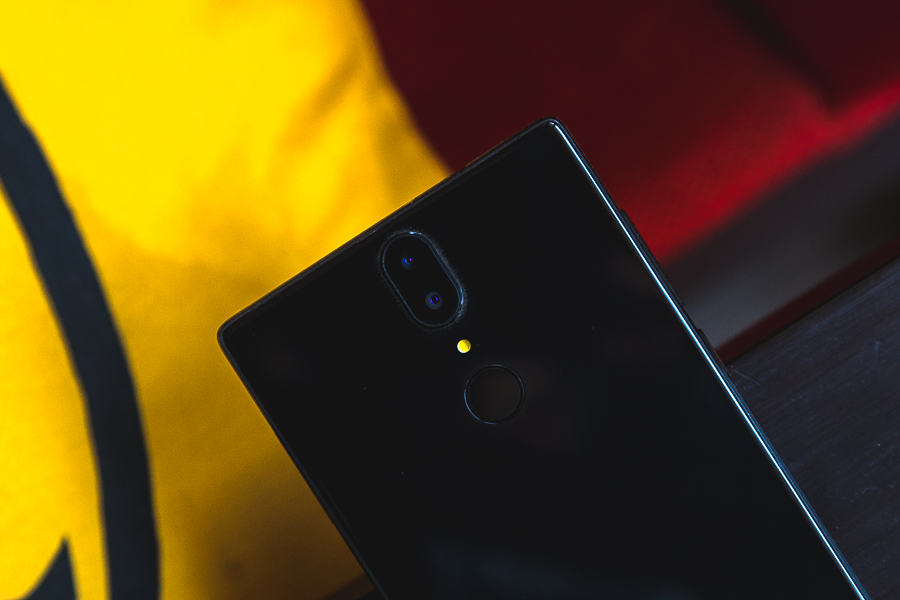 Let’s move on to the cameras. The UMIDIGI Crystal has a 13+5 MP dual camera setup at the rear portion and a 5 MP selfie shooter at the front. The rear camera is one of those that has a fake Bokeh as it is crystal clear that it is the software that is producing the blur.

The Bokeh is terrible, as you can see in the pictures; it creates a blur only in a circular fashion, bringing together both the object in focus as well as the surroundings.

I didn’t have the hassle of testing the HDR mode in this device because there isn’t such feature! There is an option to save the raw photo which was quite a waste considering there are minimum camera features.

The images from the rear camera come out average. The images are not so sharp and oftentimes come out overexposed. Similarly, when I zoomed into the camera and took pictures, I was disappointed with the quality. With a dual camera setup, I was expecting more!

Similarly, the 5 MP selfie shooter is not very impressive either. The pictures in broad daylight are mediocre in quality and in dark lighting conditions; the images are dark, blurry and grainy. Also, there was a reddish tint in the pictures that didn’t look good. One major concern with the selfie camera is its placement! In an attempt to have minimum bezels at the top, the selfie camera is placed at the bottom of the phone, which is very awkward indeed. Once you open the camera, you cannot figure out where to look. And every time you have to invert your phone to take selfies, which is a hassle I didn’t like taking. 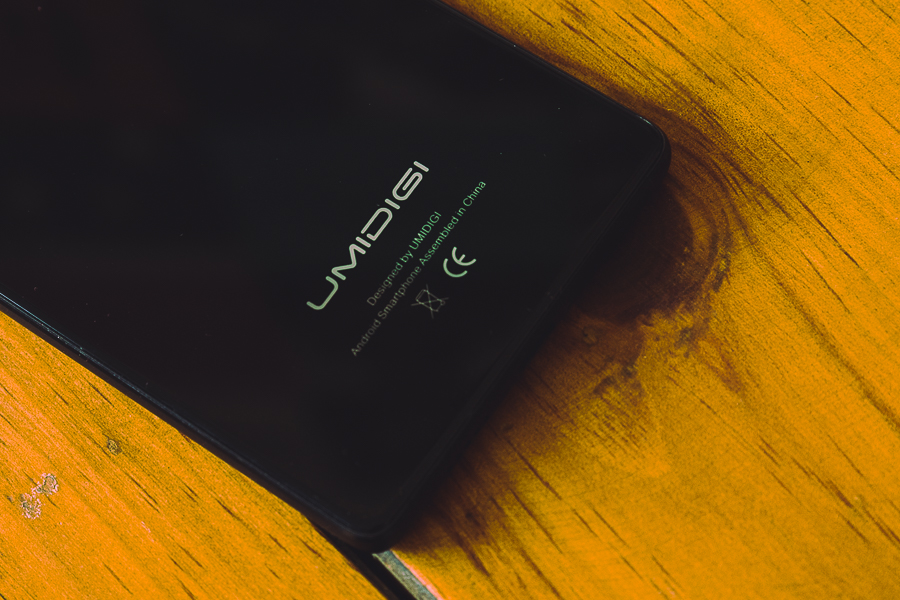 Talking about the battery, The UMIDIGI Crystal is powered by a 3000 mAh battery. Under normal usage that is for phone calls and using social media the phone’s battery lasts for almost a day. Whereas, while playing games and watching videos, the phone suffers significant battery drainage as a result of which, the battery lasts for around 5 hours. Similarly, the device takes around 2 and a half hour to get fully charged meaning there is no fast charging support and gives a screen- on time of 3 hours. There is a battery saving mode but that does not cover up the average performance of the battery. The only thing that is good about the battery is that the USB is type-C.

In conclusion, the UMIDIGI Crystal did not perform as well as I expected. Yes, the device gives a beautiful near bezelless display at a budget price, but the display is not the only thing in a smartphone. At least with a stock like android, I would expect a better battery life. Latency in app opening is frustrating and even though the UI is simple, the performance is just par. The fake Bokeh adds up to the not so good camera performance. Except for the gaming and the display, purchasing this phone means making a lot of sacrifices. Overall, I think the UMIDIGI Crystal is just crystal by name; it’s not a gem in reality! So, I would recommend you invest some more and get something better.