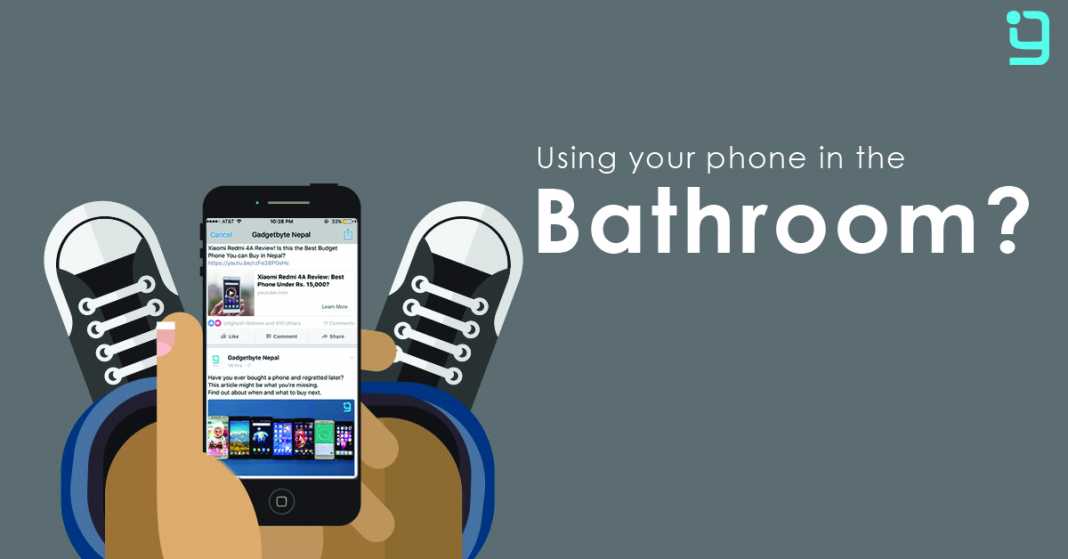 One question. How many of you are reading this on your phone while you are sitting down on your toilet? Well, if you are, I suggest you to keep your phone away. Why? It is because your device is getting contaminated with harmful bacteria that are in your toilet right now. Sounds scary, doesn’t it? Well, you should be scared. These bacteria can harbor along the creases and edges of your mobile phone. And later, it can easily infect you.

A recent study conducted by Sony has found that around 75 percent of Americans used their mobile phones in their bathroom while as do 41 percent of Australians. And with the level of obsession we Nepali people have with our phones, I am sure that figure is substantial here too.

So, while it might look like you are saving your precious time multitasking, you are actually putting your health at risk.

Dr. Anchita Karmakar, general practitioner, explains, “There are water and air particles that harbor in the little creases of the phone. And phone covers and cases are usually made out of rubber, which is a warm and comfortable harboring ground for bacteria.”

That clears you of the misconception that the cover of your phone is keeping away the germs. The germs include harmful bacteria such as Escherichia coli, salmonella, and shigella among others.

As Dr Karmakar further adds, “There’s a lot of water involved in the toileting process in Asia, so you wouldn’t want to take a phone in the bathroom for that reason”.

Therefore, it is better if you keep your phone away from toilets, and you should definitely keep it away from the public ones. Imagine tons of bacteria occupying your phone when you enter a public toilet at Ratnapark!

‘Even if you’re not using your phone on the toilet, you’re still holding it while you’re going in and out of the bathroom, and that’s enough to put bacteria on the phone when you haven’t yet washed your hands,’ Dr Karmakar says.

Also, since a lot of people use their phones while eating, be it for Instagram or just some website, the bacteria easily enter their digestive tract via their mouth. So next time you get sick, it could be because of this factor!

So what can you do to eradicate this risk? It is easy. Just stop using your phone in your bathroom and while eating. Oh and just so you know, one study claims that your smartphone consists of more harmful bacteria than your toilet seat.