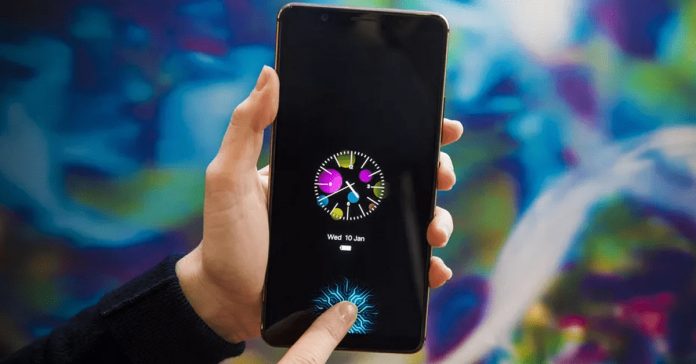 Vivo previously partnered with Qualcomm for this very objective at MWC Shanghai 2017. As explained in the presentation, the in-display fingerprint scanning technology on the upcoming Vivo smartphone sits between the glass protection and OLED panel.Vivo then decided to go with the Synaptics as the Qualcomm powered fingerprint sensing display prototype wasn’t much of a success. Partnered with Synaptics, Vivo launched the first smartphone in the world with a fingerprint sensor under the display. Mainly developed for thin-bezel OLED display panels with the taller-than-usual 18:9 aspect ratio. The widely available fingerprint sensing solutions are replaced by the Synaptics clear ID sensors, fulfilling the goal of its designing. The CMOS image sensor is 0.7mm thick and reads fingerprint through the OLED display. However, it takes 0.7 seconds to unlock. A bit longer other fingerprint scanners we are using right now. Also, it takes almost two seconds to register a scan while teaching the phone your fingerprint but the cool scanning animation makes the wait worthwhile.

Nevertheless, it is much faster than Face Unlock feature which takes more than a second. Other benefits of the scanner will be that it is scratch-proof and waterproof. It’s not clearly specified when this Vivo smartphone with an in-display fingerprint scanner will launch or how much it’ll cost. However, Vivo may want to replace that micro-USB port on the bottom with a USB-C one. But the device does prove that the  Clear ID technology works smoothly.