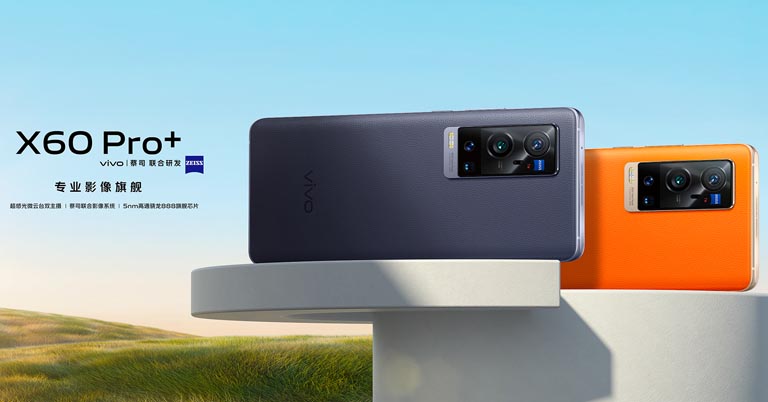 Almost after a month of the initial launch of the lineup, Vivo has launched the third device under the X60 series. Vivo X60 Pro+ is the most premium of the three and is powered by the Snapdragon 888 chipset. Let’s learn more about the specs, features, expected price, and availability of Vivo X60 Pro+ in Nepal.

Like the rest of the devices in the lineup, Vivo X60 Pro+ sports a 6.5-inch E3 AMOLED screen with an FHD+ resolution of 2376 x 1080 pixels. The device has a center-placed punch-hole cutout that houses the selfie camera. The screen comes with support for a 120Hz refresh rate, 240Hz sampling rate, and HDR10+ display technology. The brightness level of the phone maxes out at 1300 nits. Each display has been individually calibrated and has an average ΔE score of 0.506. Like on the X60 Pro, this panel has been curved for a premium look as well. At the back, we get to see the same rectangular camera module as in the vanilla X60 and X60 Pro. However, the arrangement of the cameras inside is different. Vivo says that the rear panel is covered with high-quality leather. The phone is available in two color options – Classic Orange and Phantom Blue.

The vanilla X60 and X60 Pro were the devices to be powered by Exynos 1080 chipset. It is a new chipset from Samsung based on its 5nm process that targets upper-midrange devices. X60 Pro+, on the other hand, comes with Qualcomm’s Snapdragon 888. It’s the flagship chipset from the company that was announced in December of last year. There is Adreno 660 GPU handling the graphics.

Vivo has also included a new feature called Memory Fusion Technology that allows the device to use 3GB of its internal storage like RAM.

At the back, the device flaunts a quad-camera setup. Vivo has opted for the Samsung ISOCELL GN1 sensor for the primary camera. It is a 50MP sensor with an f/1.6 aperture. The camera uses 4-in1 pixel-binning to combine four 1.2μm pixels to form a larger 2.4μm pixels. Paired with the new AI noise reduction model, Vivo says the light sensitivity has been improved by 140% compared to its predecessor. Thus, resulting in better low light photos.

Accompanying it is a 48MP Sony IMX598 sensor which Vivo has used as the primary sensor in the X60 and X60 Pro. Here, it is more of an ultra-wide sensor with a FOV of 114-degree. Then there is an 8MP periscope camera with 5x optical zoom. The fourth sensor is a 32MP telephoto lens (50mm equivalent) with 2x magnification. It will be useful for taking portraits. 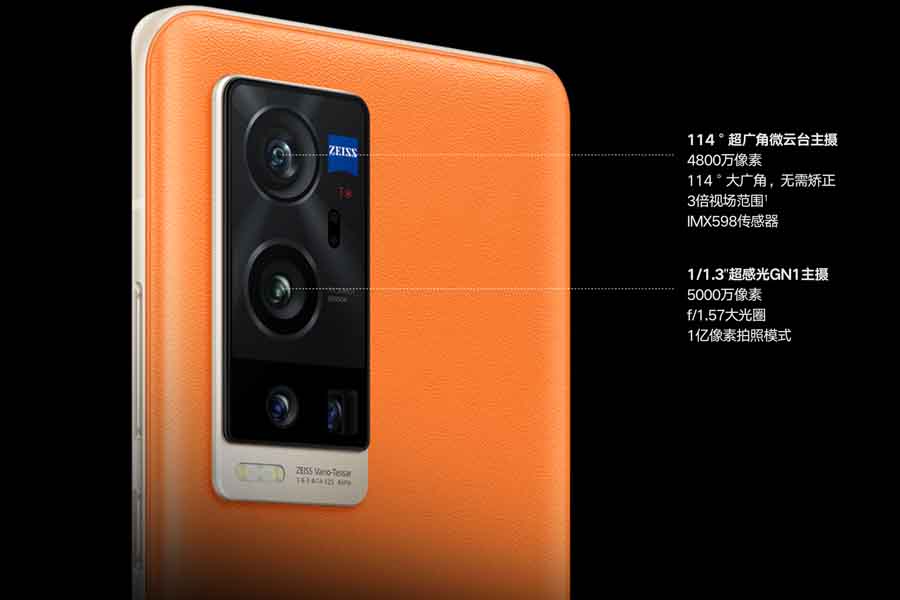 Vivo has integrated its second-generation Micro Cloud gimbal-like stabilization technology. The four-axis video stabilization can correct movement of up to 3-degree which when compared to the traditional OIS solution in smartphones is thrice as good. Al the other cameras have traditional OIS.

Another highlight of the X60 series is the start of the Vivo ZEISS Master Photography campaign. Vivo and Zeiss have already announced to set up ZEISS Imaging Lab for developing innovative mobile photography solution. The ZEISS branding on the X60 series camera means Vivo has used ZEISS T* anti-reflective coating on the lens. It will help reduce ghosting and flares on the images taken by the device.

The phone is fueled by a 4,200mAh battery that supports a 55W fast charger via the Type-C port. There is an in-display fingerprint scanner for biometrics. Other features include dual-band Wi-Fi, NFC, and Bluetooth 5.2. The phone ships with the new OriginOS based on Android 11. Normally, Vivo doesn’t launch its X-series smartphone in Nepal but according to our sources, there is a high possibility of the X60 series launching here. If it happens to be true, we expect the starting price of Vivo X60 Pro+ in Nepal to be NPR 100,000.