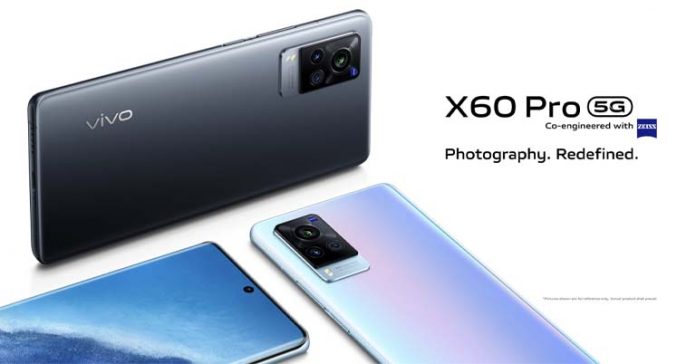 Vivo has launched its X60 series (X60, X60 Pro, and X60 Pro+) In India. Also, Vivo has partnered with Zeiss for improvements in the camera department. The X60 series limited to China as of now but now Vivo has unveiled in India too. Let’s learn more about the specs, features, expected price, and availability of Vivo X60 and Vivo X60 Pro in Nepal.

Here, the Vivo X60 and X60 Pro are some of the slimmest 5G phones in the world. Among the two, the Pro model is thicker at 7.59 mm, while the vanilla X60 measures 7.36mm. This makes it even thinner than the iPhone 12 mini (7.4mm). The AG Glass on the rear panel results in a smooth and fingerprint-free panel. There is a gradient finish on top. 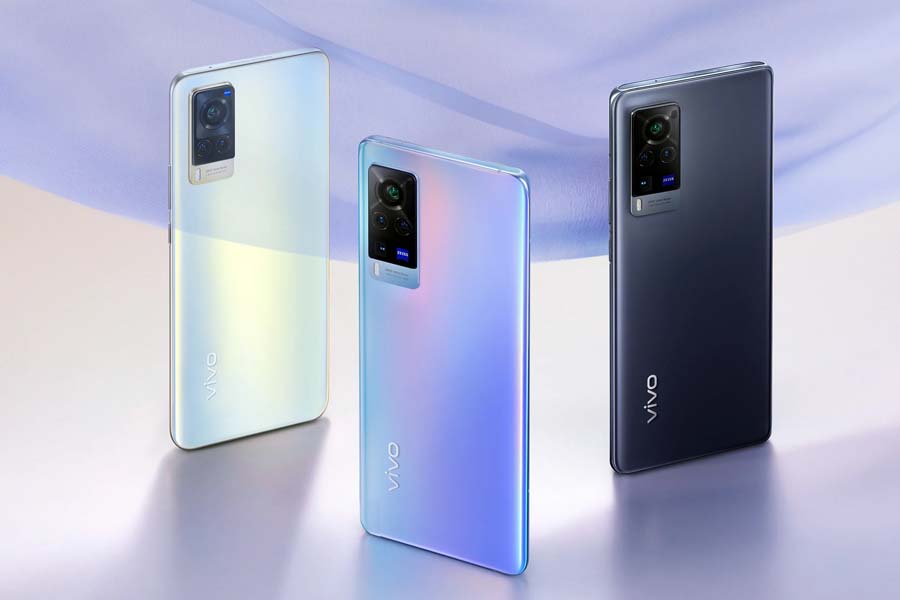 On the front, both devices sport a 6.56-inch E3 AMOLED display with a resolution of 2376 x 1080 pixels. There is a punch hole on the top centre of the screen that houses the front-facing camera. The two devices come with support for a 120Hz refresh rate, 240Hz touch sampling rate, and HDR10+. To give it a premium look, the display on the Vivo X60 Pro is curved while the vanilla model sports a flat panel. Regardless, the new panels have been developed in collaboration with Samsung for better sunlight visibility.

While the Vivo X60 series included Samsung’s Exynos 1080 5G chipset in China, the international variant gets the Snapdragon 870 SoC. It is a slightly faster chipset compared to Exynos 1080. 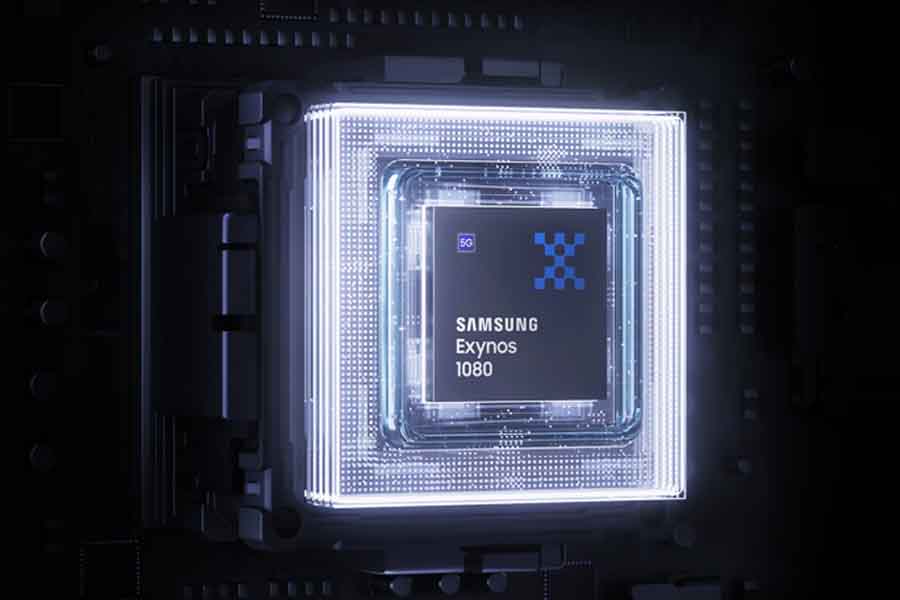 In terms of memory, Vivo X60 features 8 or 12 GB of RAM which can be paired with either 128GB or 256GB of UFS 3.1 internal storage. Vivo X60 Pro, on the other hand, is available in a single memory configuration of 12/256GB. Interestingly, these phones can take up to 3GB of additional memory from the storage under heavy workloads. Vivo calls this technique “Fusion Memory” (*roughly translated from Mandarin). Both devices will ship with OriginOS based on Android 11 out-of-the-box.

Last year, Vivo introduced gimbal-like stabilization on smartphones with the X50 series. However, given the quality of the camera, the new feature could not make much impact. Therefore, Vivo has partnered with Zeiss for the lens technology on the X60 series. Prior to this, Zeiss has worked with Nokia and Sony. The Vivo X60 series has a 48MP Sony IMX598 sensor as the primary camera. But the camera on the Pro model has a larger aperture (f/1.48 > f/1.79) and features a 7P lens. The primary camera on both devices has Vivo’s 4-axis Optical Image Stabilization and a second-gen specialized motor for the gimbal-life effect.

There is a 13MP ultra-wide camera with a 120-degree Field of View. It also doubles as a macro camera. The setup also includes a 13MP telephoto lens with 2x zoom capability. The 8MP periscope camera is exclusive to the Pro model, which is capable of 5x optical zoom. On the front, both devices feature a 32MP selfie camera.

Moving on, Vivo X60 Pro features a 4,200mAh battery and with support for 33W fast charging. On the other hand, the vanilla model has a slightly bigger battery of 4,300mAh battery. In terms of connectivity, the two phones support dual-band Wi-Fi, Bluetooth 5.1, and NFC.

Vivo X60 and X60 Pro are now available for pre-order in India for a starting price of INR 37,990 and INR 49,990 respectively. According to our sources, Vivo is planning to launch the X60 series in Nepal as well.