When it comes to the budget segment in smartphones, companies like Xiaomi, Realme, and Samsung are doing really well. And honestly, in the budget segment, Vivo is never the first choice for tech enthusiasts like us. It’s primarily of two reasons: low-res display and low-end processor. So, today I have got the new Vivo phone, the Vivo Y17, and yes it has a low-res display and a low-end processor. But, it does come with triple cameras and a huge battery. So, with these two USPs at the helm, should you really choose the Vivo Y17 over other phones? Let’s find that out in this Vivo Y17 review. The first thing you notice on the Y17 is the design. This dark bluish color is something I’m really a fan of, and if you look even closer, you can see the textured finish inside. It’s not as prominent as the textures on other phones, but this design has certainly made the phone shine. And speaking of shine, the golden bordering around the camera bulge really makes the design of this phone stand out from the rest.

However, Vivo has taken the route of a polycarbonate back which was expected from the Y17, because the more expensive sibling, the V15 Pro, doesn’t have a glass body.

Another thing I am not a fan of is this feel on the hand. It’s probably due to the large battery it has inside, but the phone is crude. It feels larger than it is, and maybe Vivo could have polished the phone a little more.

On the right side of the device lie the three buttons, and they are placed ergonomically, the power button is on the middle, and the volume rockers right above it. I did miss the tactility of a metallic frame though, as these plastic buttons feel quite cheap.

On the bottom, it has a little chunk of a chin, as I said before. On the bottom lies a speaker grill, a headphone jack, and a MicroUSB. Come on Vivo, we are in 2019, maybe its time you add in a Type-C port. 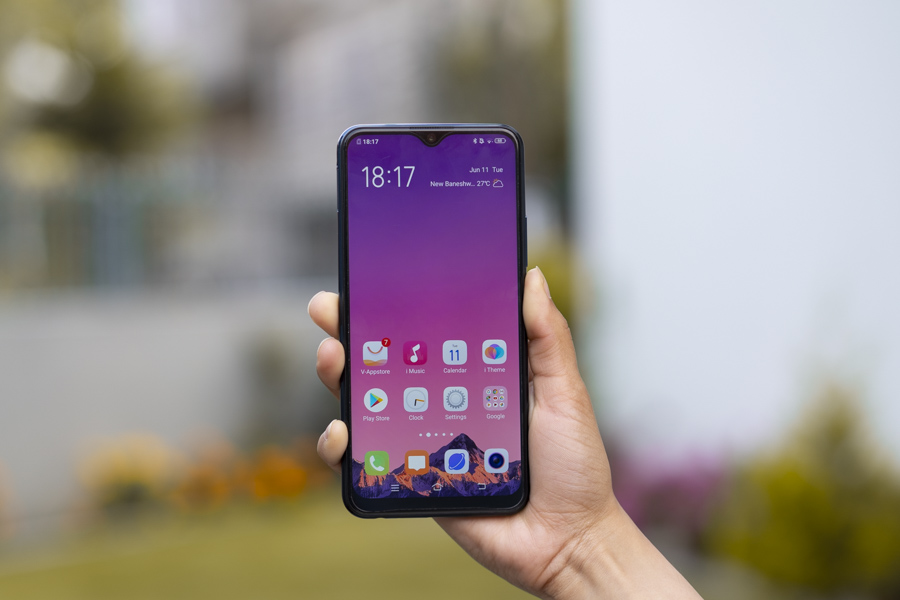 The Y17 has one major compromise for the price it has and that’s the display. The display is big with a tiny notch, but it’s only an HD+ resolution. This yields in a very low pixel density of 268 PPI. And if you are someone coming from FullHD display, you will be disappointed while watching Videos. You will feel the lack of sharpness right away.

But if you are someone coming from HD display, well, you might not feel that much of a difference, because the colors on this one are actually good. But again, if you are paying upwards of $200, you should be expecting a full HD display. 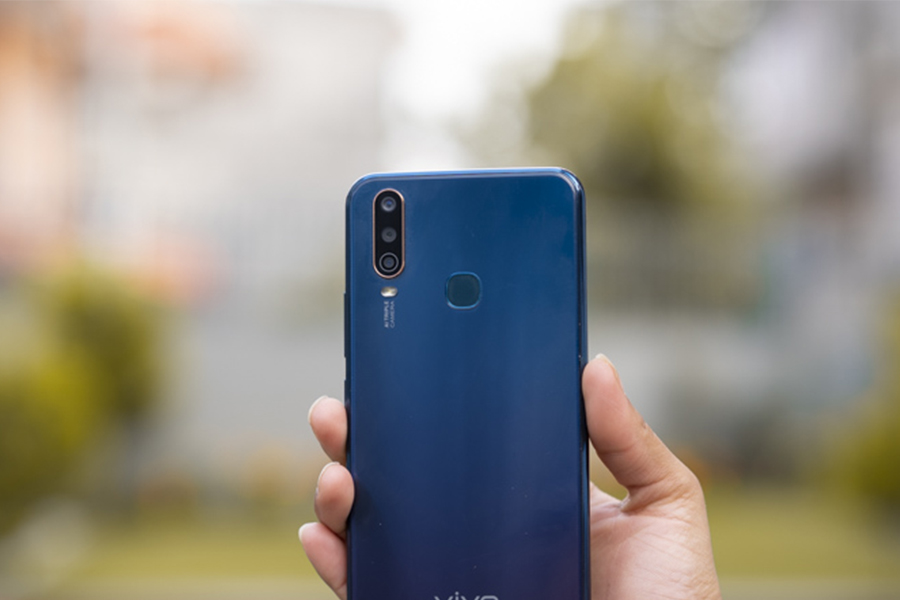 I know I’ve been complaining a lot, so here are some positives. The fingerprint is really fast, and its placement is good too. I have read a few comments from users complaining about having to stretch to reach it, but I haven’t really had that issue as everything is just under my fingers’ reach and this phone even received an update that improved the unlocking experience. The other security option, Face unlock is fast too just the way you expect a Vivo phone to do. 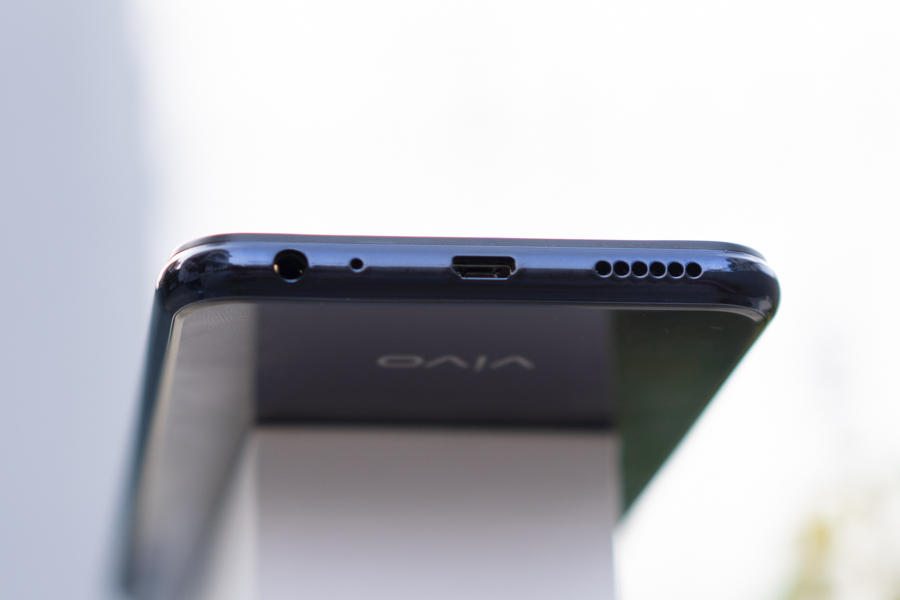 Vivo doesn’t show screen-on-time on its phones. Nonetheless, I got around one and a half to 2 days of battery life on the phone. On a day when I used the phone nearly 7-8 hours, I ended up with 50% of charge, and that’s why this phone here is a battery champ and a phone perfect for battery hungry users.

Now, do note that I said battery hungry, not power-hungry users. And that’s because of the SoC this phone has. There is a MediaTek P35 chipset inside this phone, along with 4 GB of RAM. So, how good is the Helio P35 you ask? Just understand this way: It’s not a good performer for the price. It’s comparable with some 2 years old chipsets like Exynos 7870 and the Snapdragon 625. It’s not even comparable to Snapdragon 632 found on a much cheaper Redmi 7.

Whenever I receive a fresh set of review smartphone, the first thing I do is run benchmark tests to see how they fare. And the Y17, even with that pricing, scored nearly 88000 on Antutu. Yep, just 88.

And that same thing is seen when playing games. PubG loads up in low graphics setting, and there were stutters here and there. Asphalt 9 works nicely, but if there’s a lot of action happening, it lacks a bit of smoothness. However, Dream League Soccer is unplayable on this phone. The app becomes jittery and the whole thing slows down. And this is the reason why I won’t be recommending this phone to anyone because when you’re paying a lot for a phone, you can at least expect it to perform well, even if there has been a compromise in the optics aspect. 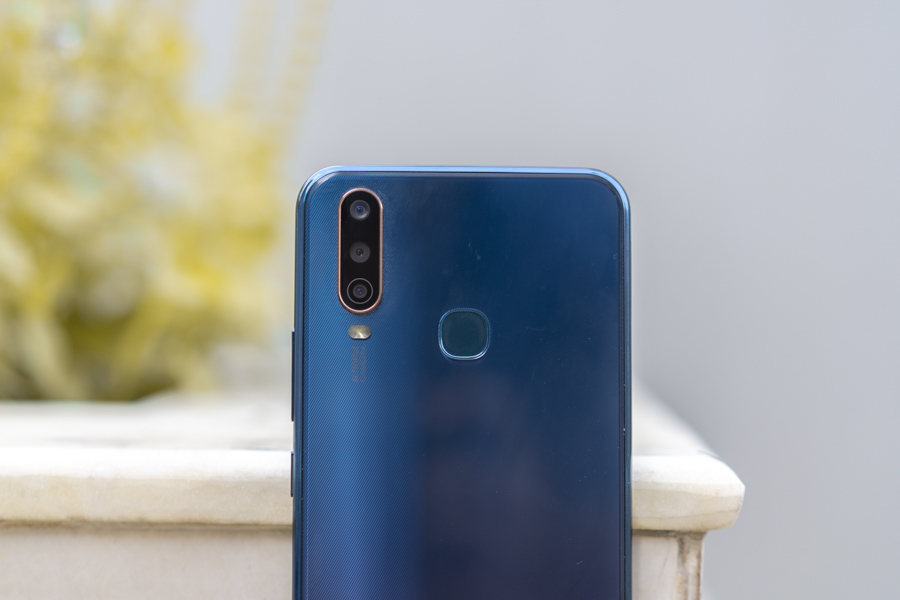 Let’s talk about the optics part now. There are triple rear cameras on the back of the Y17, each, obviously serving a different purpose. There is a primary, a wide-angle, and a depth sensor inside the gold lining.

While a couple of the previous Vivo phones I reviewed had a greenish tint on their photos, the Y17 has a natural tint on its images. Even the temperature is natural in the day time. There is good saturation, and the details are decent. I would have definitely liked better colors, and dynamic range, though. And like other Vivo phones, this camera also overexposes the shots at times.

But once you enable the wide-angle lens, you will notice images with a lot of warmth. Check out some of the shots, the yellowish tint has prevailed so much that you cannot see true colors. The details aren’t good either. So, even if the primary camera does a well-enough job, you will be let down by the wide-angle camera.

The third camera is a depth sensor. The background is blurred properly, although the exposure is slightly more than what I would have wanted. And it does a good job identifying the subjects too. However, if there is a strand of hair or fingers needed to be blurred, the phone finds it hard to do so. And is it just me or are the edges a little softer?

As for the night time, well, if you have shaky hands like me, the pictures might come out with slight blur. The colors are decent, but there are little details, and there is a lot of noise on the pictures. The same goes for the wide-angle lens.

Now let’s talk about selfies now. Vivo is well-known for selfies but Y17 is not that great. I mean it is good, but with almost all manufacturers focusing on selfies, I expected better and the skin tone could have been better too. There is also a selfie portrait feature on the phone, but blurring on the edges of my head is not that great. 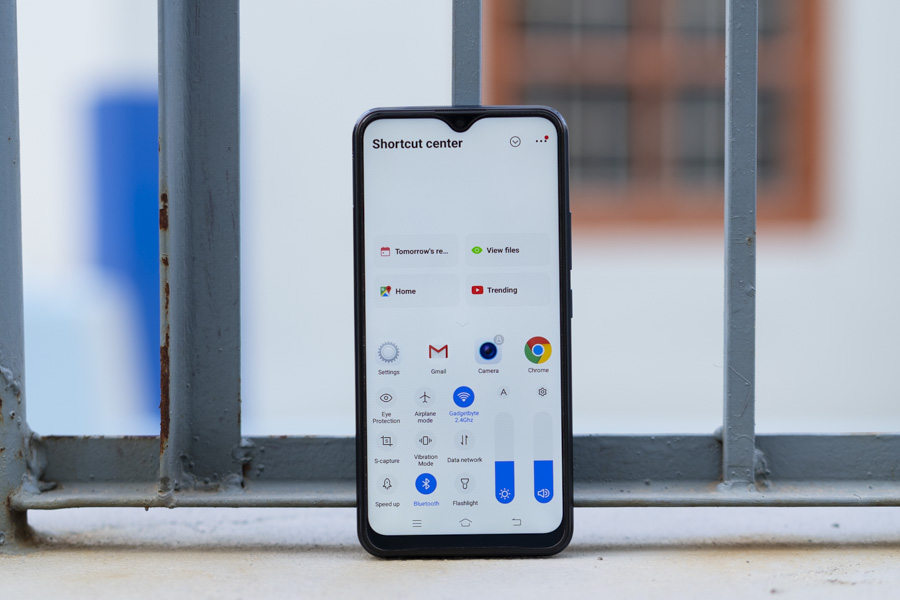 Let me add another feature to something that’s not great. Now, this is my personal preference as I am oriented towards stock Android. The UI Vivo has implemented on its phone is something that I don’t like. The company did bring in a few updates like this apple-ish control center and everything, but I am not really a big fan of this. Also, if you’re in an app, and you go to recent applications, and you try to clear all apps, the app you last used won’t clear out. Weird!

But I do like the fact that there is 128 GB of memory which is expandable as well. The mono speaker lacks bass, but it is clear and fairly loud.

When I first got my hands on with the Y17, I knew that its specifications were below par when compared against competition. But I wanted to give this device a chance since specs aren’t everything and a lot of devices I review do better than their specs on paper.

I really liked the battery of this device, as I nearly ended two days with it. There is fast charging which is quite fast. But other than that, there is nothing outstanding about this device.

The display is only HD, the performance is average, while the competition excels in those areas. Companies like Xiaomi, Samsung and Realme are really excelling in the budget price segment, and although Vivo has tried to compete against them with the Y17’s triple cameras and large battery, the phone is overpriced for me. So, maybe a price cut of some Rs. 3-4,000 should lure future buyers.