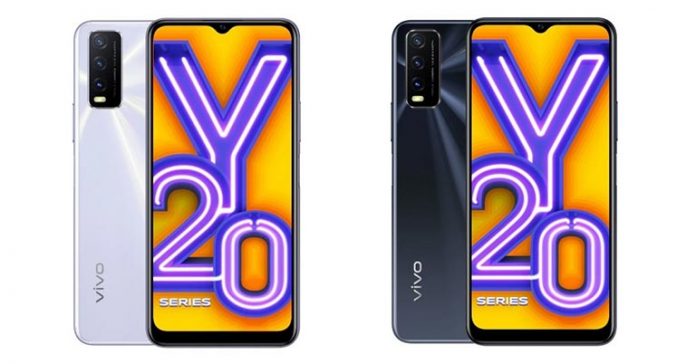 Vivo has officially unveiled its new budget phones, the Vivo Y20 and Y20i. Both these phones are quite similar, except for the memory. The Vivo Y20 has 4GB of RAM, whereas the Y20i comes with 3GB. It will go on sale starting Sept 3 in India and is expected to launch in Nepal very soon.

The Vivo Y20 and Y20i are the first smartphones from the company to house the new Snapdragon 460. It’s an octa-core chipset based on 11nm node. It features eight Kyro 240 cores. Graphics are handled by Adreno 610 and comes with support for Vulkan 1.1. Memory wise, the Y20 has 4GB of RAM with 64GB of storage, whereas the Y20i has 3GB of RAM and 64GB storage. 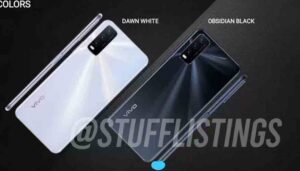 Both devices feature a 6.51-inch HD+ Halo Full View display with a 20:9 aspect ratio. It has the sunrise design on the back with the rays originating from the rectangular camera bump. Both these phones will be available in two color options – Obsidian Black and Dawn White. The capacitive fingerprint sensor is placed on the side.

In the photography aspect, they feature a triple camera setup on the back. The 13MP primary sensor is accompanied by a macro sensor and a depth sensor. Both the auxiliary sensors make use of 2MP sensors. If we compare this setup to that on the Vivo Y19, it’s quite a downgrade. First, the size of the primary sensor has been reduced to 13MP from 16MP. Similarly, the 8MP ultra-wide camera has been swapped for a macro sensor. 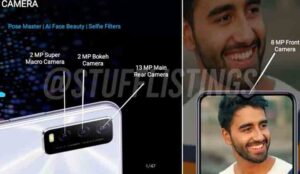 On the front, there’s an 8MP camera sensor for selfies instead of the 16MP camera in the Y19.

The device features a massive battery of 5,000mAh. Like its predecessor, the Vivo Y20 will also support fast charging to up to 18W. The phone will ship with Funtouch OS 10.5 based on Android 10.

Vivo Nepal is expected to launch the Vivo Y20 in Nepal for Rs. 21,990. The company might not launch the Y20i, since they are quite similar in specs.