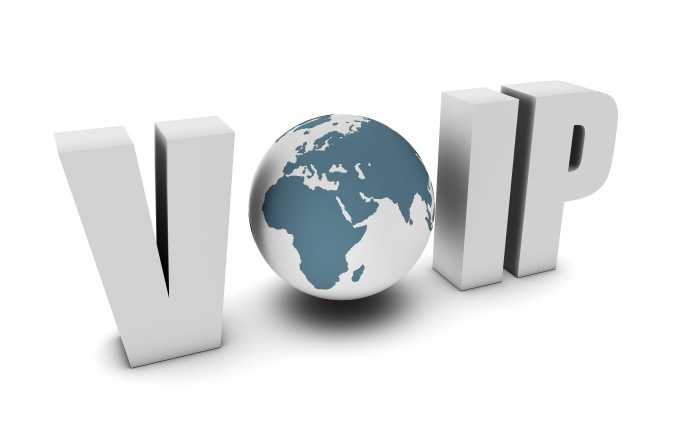 Voice over Internet Protocol is commonly known as VoIP, is the most used technology to make a call by the means of the Internet around the globe. If anyone happened to know about Google Voice, Facebook call, Viber etc. then the person is not untouched and unknown about the technology. But how about the underlying technology behind it and the context in Nepal.

In general VoIP technology was developed to make calls between the two specific people within the internet. Unlike traditional PSTN telephony, VoIP works by transporting the voice signals into data via IP. These signals then are broken down into the packets with the routeing information. The process includes breaking down and reassembling of voice data and changes into the voice. Within the process, the compression and the decompression of the data take place commonly referred as the voice quality.

Calls originated from the internet and destination being the internet is quite similar to the data packet transferring process. However in order to make and receive the calls, the softphone application must be installed on the user computer itself. The softphone is similar to the traditional dialling phone but this time, it is a computer or mobile application which will send the data from one softphone to another softphone. Softphone might be vendor specific e.g. skype, Viber, Facebook, Google etc. This vendor has their datacenter which will ultimately transfer the originating voice data to the receiver. Commonly known as On-Net Calls.

Calls to PSTN from VoIP

Transferring calls to PSTN and vice versa is the most discussed topic in the VoIP industry. Referred as call termination and (Session Initiation Protocol) SIP trunking. In this process, the originating call from Softphone is dropped into the vendor data centre and then dropped into the nearest PSTN network. In between these process, the calls are transferred from the SIP gateway. This gateway will convert SIP to PSTN or PSTN to SIP. However, PSTN to SIP is more of a broader prospect. The call quality depends on upon the vendor route provider and the audio codec that is being used by them. Most popular used codec is G721 but for the highest quality and having enough bandwidth the softphone caller can use G711 codec as well.

A Brief History of VoIP in Nepal

There is not proper information since when VoIP was introduced in Nepal. But as per my experience there was some kind of boom in VoIP market in Nepal during the 2000-2005 and then rooted since then. The main reason for its popularity was because of the high cost of the cross-border call in Nepal. This was because most of the Nepalese headed abroad to make their living. Since then and now the only reliable service provider was the Nepal Telecommunication.

Although there was few competitor but it was near impossible to compete with the government organisation – NTC (Nepal Telecommunication Corporation). Compared to another provider such as NCELL (Mero Mobile back then) and UTL (United Telecommunication) it was cheaper but was not much reasonable for the customer. The customer had to spend 25-40 Rupees per call/minute depending upon the destination. In order to avoid high price in making calls, the technology was introduced by the people from abroad who had used it at least once and thought they could help people and make money out of it.

Illegal in Nepal or is it?

There is a huge difference in understanding of VoIP being illegal in Nepal. But in fact, it is not what it seems. We can take an example to clarify this part. We everyday use Skype, Viber or any internet telephony services to make calls to our relatives abroad or from abroad to Nepal. These are not illegal. These Skype and Viber will charge anyone to make a VoIP to PSTN call, if the tax is paid during the purchase then it is legal. Similarly, any paid service that is being used by Cyber Café in Nepal is not illegal having said that it is used for personal purpose. But in the case of Cyber Café, it is just opposite, the tax is not paid and hence is illegal. In order to offer VoIP services, the entity has to obtain a service provider licence from the NTA (Nepal Telecommunication Authority).

However in few years, illegal VoIP has been covering headline in the news. This has put fear in the customer regarding the VoIP use. Demystifying this, it is very important to know , what those raids were which linked so-called high-class people .

As mentioned earlier, in VoIP business buying and selling calls are called call termination. Basically, these calls termination are done by telecom service provider. For example, if a person is calling to Nepal, then the caller service provider must buy the call/route from Nepal in order to land the call and vice-versa. Here comes the messy part. Illegal VoIP business comes to the existence with few devices, Sim Gateway, Sim (working one with the number), high-speed internet connection with static IP, software and Electricity. Basically, the Sims are put in a gateway.With the help of software, it can allocate vendor IP to transfer the calls from another end. Instead of the call going from the NTC gateway to the receiver now the call would go from the NTC to dodgy sim gateway and to the receiver. This will lead to a huge loss for NTC. Because the calls are made as a normal call, NTC will not be benefited much other than a normal call. But on the other hand, the person who has setup, such would sell the calls at a higher price in dollars and benefit out of it.

The quality of the call depends on upon the internet connection, the number of calls per second and the availability of the sim. Normally with the VoIP, there are three ranges, Silver, Gold and the Premium or grey, white or premium. The quality is determined by how free the ports (SIM) are, and how long the call can continue in a given specific time. White, Gold are relatively fine compared to the silver and gold. However, the premium is expensive. It is expensive because the ports must be freed all the time.

It is always better to make calls in and out from the proper service provider which pays the tax. Some examples of licenced provider are Call Bidesh,Broad Tel,CT Talk,Radius Call, EasyPhone and much more.