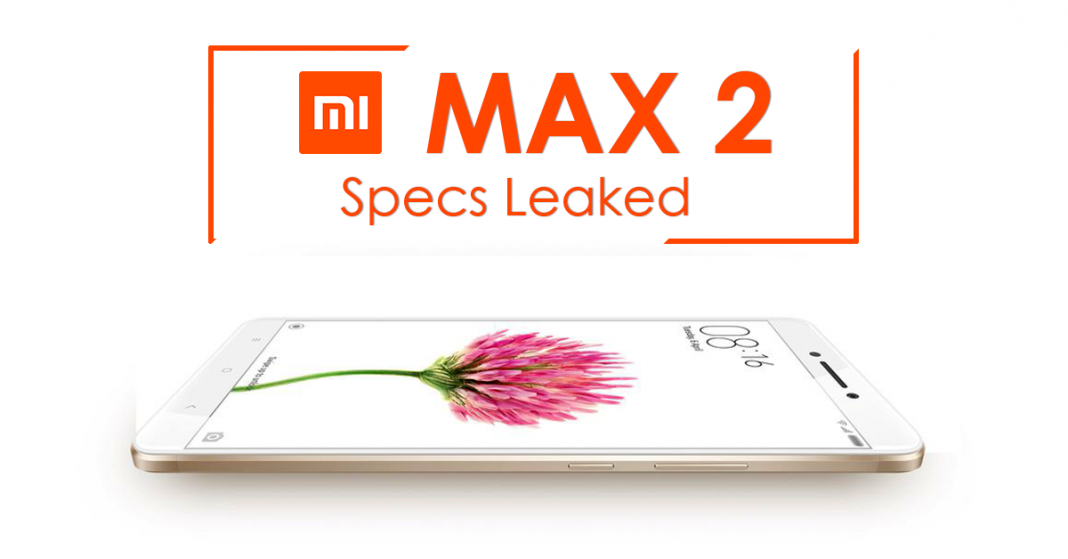 New phone launches are always exciting but what is more exciting is getting to know about the phone’s specs beforehand. April 19, has been officially marked as the big day for the Xiaomi as it is when the company’s new flagship, the Xiaomi Mi 6, will be officially announced. But, the same date might be carrying a surprise for you as the rumors about the Xiaomi Mi Max 2 are circulating the web like never before. So, we’d like to share what we know so far about the company’s second iteration of a well-accepted phablet, the Mi Max.

However, the Adreno 506 GPU will be taking care of Graphics department on both the models. Furthermore, the rumor claims the device to sport rear-mounted fingerprint scanner. It is from the leaked image that we found out the device will come in gold color option along with few other options of which we’re still not much sure about.

Well, it was the rumors that we were talking about. So, it won’t be that wise to judge the phone right from its rumors. Plus, there hasn’t been an official statement regarding the phone launch. So, we are hoping the phone will be officially announced tomorrow and if not, will be announced somewhere in May at the latest. Judging from the Vatsel Impex’s behavior of launching Xioami phones in Nepal, the phone can be expected to be available in Nepal after 2-3 months from its international release.