Apple AirPods was pretty well received when they launched a few years back. And since Samsung came out with its own Galaxy Buds, I guess Apple had to step up their game. And so came the Apple AirPods 2. The most notable features in this one are Wireless charging, bigger battery and hands-free “Hey Siri” support.

At first look, you might not be able to differentiate between the previous generation and this generation’s AirPods. The design is uncannily similar, except for a small LED indicators on the outside that denote battery life. 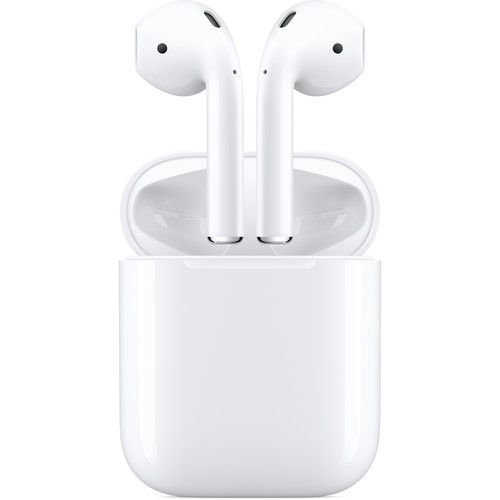 The functions and internals carry most of the difference. With Bluetooth 5.0 this time around, wireless connectivity has improved by a lot. Also, what helps for a more stable and better wireless connection is the new HI Headphone chip. According to Apple’s claims, the performance on this one is 2X faster, i.e. while switching between active devices. The chip is, supposedly, also responsible for better battery backup. Since there’s no specification for battery (classic Apple), we’ll have to make do with their info that it gives 5 hours of music playback and 3 hours of talk time.

Nonetheless, this time, they come with a Wireless Charging Case as well. Wireless Charging is Qi standard and will work with any Qi-supported chargers. Plus, there’s quick charging in it, so, with 15 minutes of charging, it’ll last you for 3 hours.

New features include hands-free “Hey Siri” support. Which means you don’t have to tap on the earphones to launch Siri, but just say so and it’ll launch. Dual beaming microphones make for better call quality, but just like before, there is no noise cancellation of any sort.

The Apple AirPods 2 come in two variations – one with a Wireless Charging case, and the other without. And there’s actually quite a bit of difference in their prices. The standard model costs Rs.26,500 whereas the one with Wireless Charging case will set you back Rs.36,500! And you can buy both from Oliz Store.