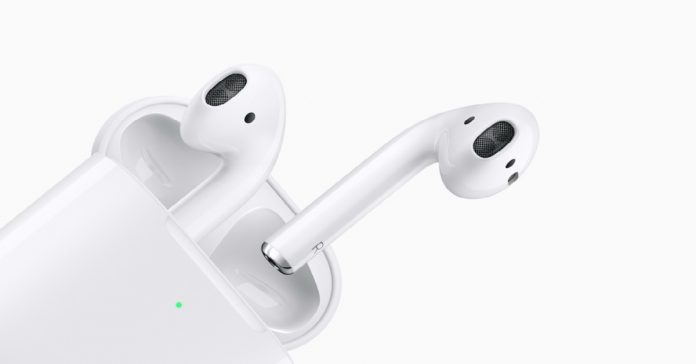 It must be a busy schedule for Apple this week. The iPhone maker firstly announced the new iPad Mini and iPad Air. And there was the launch of the new iMacs the other day. Continuing the streak, Apple then launched its beloved wireless earbuds, the AirPods. The newly announced Apple AirPods 2 features a new chipset, comes with a wireless charging case, a bigger battery, and Hands-free ‘Hey Siri’ support.

Firstly, let’s start the things with the chip. The earphone comes with Apple’s new H1 headphone chip. Apple claims that with this new chip on the board, the new AirPods will have a faster and more stable wireless connection than the previous generation. iPhone maker further claimed that the performance here will be 2x faster while switching between the active device (e.g. switching between an iPhone and a MacBook). With a new chip on the board, the device is also said to offer better battery backup. Apple wasn’t specific about the capacity of the battery though. But it said that the new AirPods will offer 50% more talk time than the previous generation. Needless to mention, the wireless connectivity has improved here with the inclusion of Bluetooth 5.0 support (earlier model had Bluetooth 4.0). Design-wise, the new Apple AirPods 2 is the reminiscence of the first generation of AirPods. However, Apple gave a subtle touch by adding a small LED indicator light on the outside. It will now be easier to readily know about the battery life of the device.

But that’s just a small of the story. The big thing here lies on its charging case. This time, AirPods come with a wirelessly charging case, which is said to be Qi standard. We have already seen a similar move from Samsung on the newly announced Galaxy Airbuds. So it didn’t look quite innovative. Nonetheless, the feature is praiseworthy. Although there is no official information yet, the Apple AirPods 2 wireless charging case is rumored to get fully charged just in 15 minutes.

The earbuds also come with hands-free Siri Voice Control feature. On the previous model, users had to double-tap to summon the voice assistant. “Hey, Siri” command can also be used to change the audio volumes, change audio tracks, and make a call easily.