In addition to the new iPhone 12 lineup, Apple has unveiled a new smart speaker. The latest smart speaker is the HomePod mini. It is the smaller version of the original HomePod that was launched in 2018. Let’s check out the specs, features, expected price of HomePod mini in Nepal.

At just 3.3-inch, the new HomePod mini is smaller than the 6.8-inch original HomePod. It sports a spherical design with a flat base and top. The speaker is 3.9-inches wide and weighs around 345 grams. It is covered with a mesh fabric all around and is available in two color options – White and Space Gray. 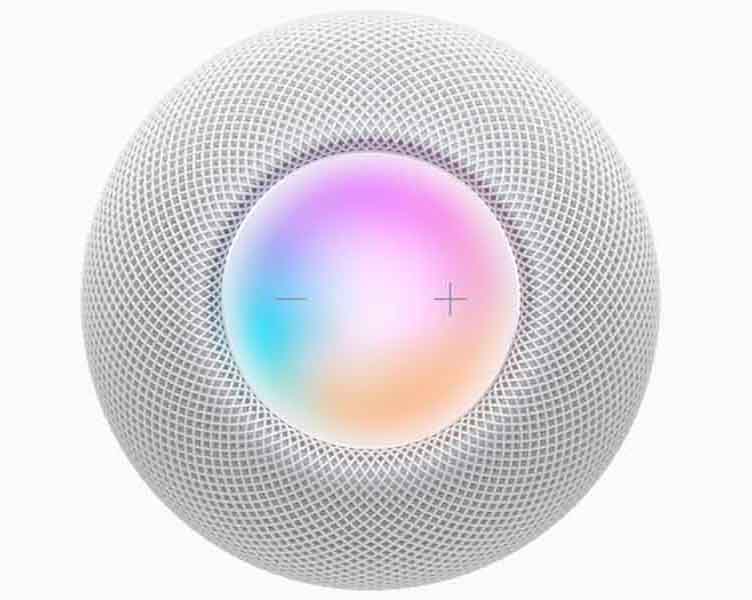 The top of the speaker has a backlit surface for touch controls. A single tap plays or pauses the current content. Similarly, a double-tap skips it for the next content whereas a triple tap returns to the previous content. Users can summon the Siri voice by holding the touch surface. The surface can also be used to toggle the volume levels. Another way to control the speaker is with an iPhone. iPhones offer instant controls even when unlocked.

HomePod mini comes with a full-range driver accompanied by dual passive radiators. Apple is promising deep bass and crisp high frequencies with this setup. The Apple S5 chip is behind all the computational audio. The HomePod mini also uses an acoustic waveguide for the 360-degree sound effect. As you would expect from an Apple device, the HomePod mini supports Siri. The speaker can recognize the voice of up to six family members. It offers a personalized experience to each of the six members. Three external microphones activate the voice assistant every time they hear “Hey Siri”. There is also an additional inward-facing microphone that improves voice detection. What it does is isolate the sound coming from the speaker. 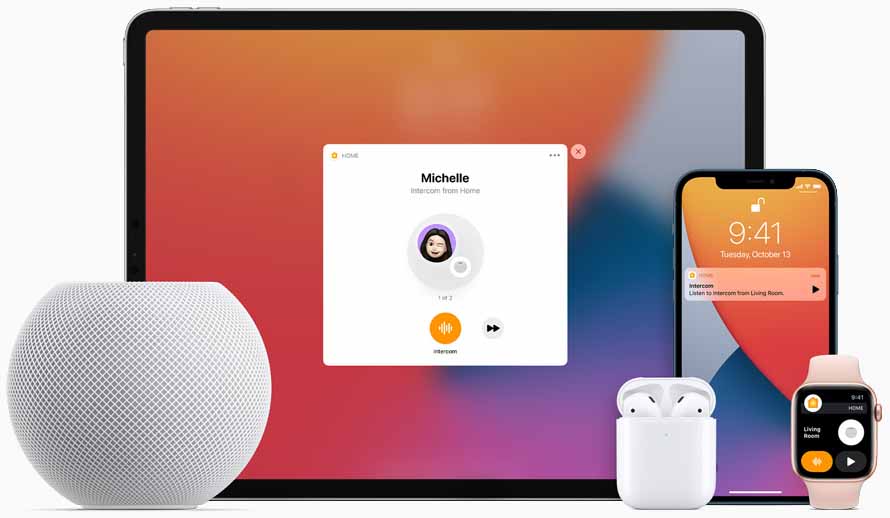 Users can two HomePod minis together for a stereo effect. Similarly, if there are several HomePods in a house, users can use it as an intercom where users can send voice messages to all the HomePods or to an individual HomePod mini. This also works with other compatible Apple devices. Other notable features of the speaker are listed below.

HomePod mini bears a price tag of $99 and will be available for pre-order on November 6 with the sales starting from November 16. We expect HomePod mini to be up for pre-order in Nepal at the end of November for an estimated price of NPR 15,000; with availabilty starting December.