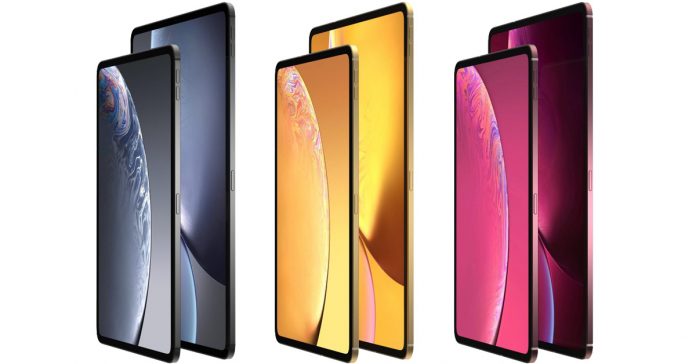 Apple, in an event on Tuesday, announced quite a few products. The MacBook Air got refreshed with a Retina display and more. The Mac Mini also saw some considerable updates after quite some time. But I think, the elephant in the room here, are the two new iPad Pros. The Apple iPad Pro 2018 are the 2018 iterations of last years 2017 models. But unlike the S versions of the iPhone X, these ones feature considerable upgrades and brand new designs.

Both the iPad Pros come with Liquid Retina displays, which is of course, Apple’s fancy way of saying IPS LCDs. However, displays on Apple devices are always one of a kind. Both these iPad Pros have the same internal specs. The new iPad Pros are powered by the octa-core A12X CPU, which is an insanely powerful chip. Now, these are Apple’s first ever 8-core SoCs, and has 4 high-power Vortex cores with 4 efficient, low-power Tempest cores. The company claims 35% faster single-core performance and 90% faster multi-core performance. Also, these iPads also have the new 7-core A12 GPUs, which Apple claims provides twice the graphical performance from the last generation iPads. Now, that may be cool and all, but I still can’t think of why that may be that necessary. But hey, it’s super-cool to have that much power in your hands. They also run on the new iOS 12.1 and feature all the cool gesture controls and such as well.

While people may not care about cameras on Android tablets, the cameras on iPads are kind of a big deal, however. They feature a 12 MP rear camera with an f/1.8 aperture and PDAF along with features like Smart HDR, Wide Color Gamut, and Retina Flash. The front camera is essentially the same to last years – a 7 MP shooter with f/2.2 aperture and the same features like the 2017 model as well.

In addition, another eye-catching things about these new iPad Pros are their designs. These iPads have ditched their old designs, and sport new looks with rounded corners, thinner bezels and slightly slimmer bodies. Also, Apple wouldn’t be Apple if they didn’t remove certain features during major upgrades in their devices. Gone is the home button, and the headphone jack as well. And while the loss of the headphone jack will be mourned, Apple doing it has ceased to be a big deal these days, anyway! However, a welcome change is that the iPad Pro, now, has a USB-C connector replacing the old Lightning one. And also, due to the reduced bezels, and the lack of a home button, these iPad Pros, now feature Face ID. The 12.9″ model, however, is now smaller and more portable than last year’s iPad Pro of the same. This 2018 version has lesser bezels and is 15% thinner, meaning it’s only 5.9 mm thick! That’s super slim and portable. The screen resolution, though, stays the same. Also, it sports a 36.71 Watt-hour battery.

Finally, let’s talk pricing on these things. These new iPad Pros are both available on four storage options: 64 GB, 256 GB, 512 GB and 1 TB. I would’ve liked to see a 128 GB as the base model version, but of course, it’s just Apple being Apple. However, there are Wi-Fi only and LTE variants to these iPad Pros as well. As for the prices, they are listed below:

Now, besides the prices listed here, you might also have to get a USB-C to 3.5 mm jack adapter that cost some $9. Also, if you want the Apple Pencil, that will be another $129. And this time around, the second generation Apple Pencil has wireless charging. It just sticks to your iPad Pro, and starts charging. And of course, the pencil comes with it’s own set of cool features to do stuff.

So, what do you think about the new iPad Pros? They are, no doubt, a good enough upgrade over the last year’s iPad Pros, but its all pricing in the end. And if you want last year’s iPads, the 10.5 inch model remains priced at $649.