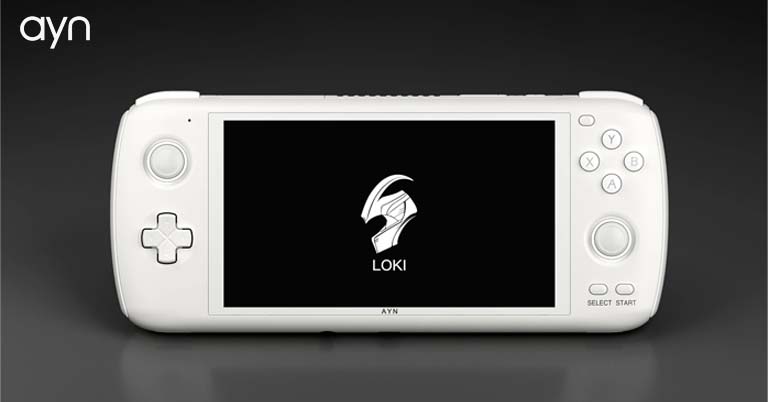 AYN, the maker of Odin Android handheld, recently announced the Loki family of handheld gaming consoles. It is offered in several standard configurations, although all versions also have some characteristics in common. So, without further ado, let’s get into the specs, features, availability, and expected price of the AYN Loki series in Nepal.

AYN has divided Loki into four SKUs—Mini, Mini Pro, Loki, and Loki Pro. As you might’ve guessed, the Mini and Mini Pro are entry-level models in the series and are available with both Intel and AMD CPU configurations.

Here, the chipset options from Intel include a Celeron 7305 for the Mini and a Pentium 8505 chip for the Mini Pro. These are team green’s latest Alder Lake-based silicons with one performance core and four efficiency cores. The notable difference between these devices is in the battery capacity, with the Mini Pro getting a larger 40.5Wh battery compared to the Mini’s 26.5Wh. Regardless, the memory options comprise 8GB RAM and 128GB of NVMe storage.

Moving on, Loki is the middle ground between the entry-level and top-of-the-line variants. It is powered by AMD’s Zen 3+ architecture-based 6600U CPU and the Radeon 660M GPU (6 core) handles graphics. Memory-wise, you can configure this handheld console with up to 16GB LPDDR5 RAM and up to 512GB NVMe storage.

The top-tier Loki Pro is driven by a Ryzen 7 6800U processor with Radeon 680M graphics featuring 12 GPU cores. This is coupled with 16GB of LPDDR5 RAM, and 512GB of storage. Not to forget, all the models enjoy user-expandable storage if in case you need it.

Furthermore, on the front, these devices are fitted with a 6-inch IPS panel with 1920 x 1080 pixels screen resolution. In addition, they all include RGB lights under the analog sticks, around the sides, and on the back of the handheld to personalize the aesthetic.

In terms of pricing, the Loki Mini is the most affordable one, with a price tag of USD 239. The top-of-the-line Max, on the other hand, costs USD 775. These are already on the company’s official website for pre-order. If and when it is launched in Nepal, we anticipate that the AYN Loki Mini and Max to be NPR 35,000 and NPR 105,000, respectively.