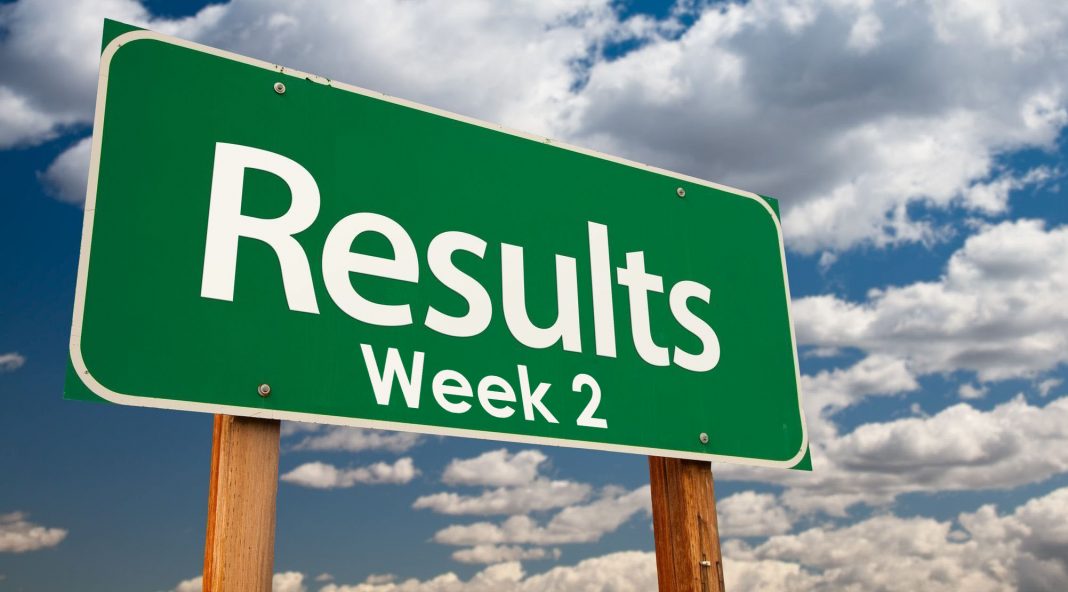 Nepal has only a handful of ISPs. So, we had to ask our readers which ISP they preferred the most. The results were quite a surprise, to be honest. Among the seven options that included “Others” and “All of them suck”, I personally choose the last option.

Although, without much surprise, Vianet got the highest number of votes, a total of 345, accounting for 30%. Well, that did make it a winner of some sort. Users were also pretty expressive on the post’s Facebook comments as well.

The one that surprised us was the number of votes ClassicTech got. With 27% or 311 votes to its name, you could say it took the second spot. However, some people had a very strong opinion about this particular ISP on our Facebook post.

Worldlink accumulated about 200 or 18% of the votes, which was something we didn’t expect to see. Worldlink likes to boast about their total number of internet subscribers, but only handful of people applauded its quality on our Facebook post. 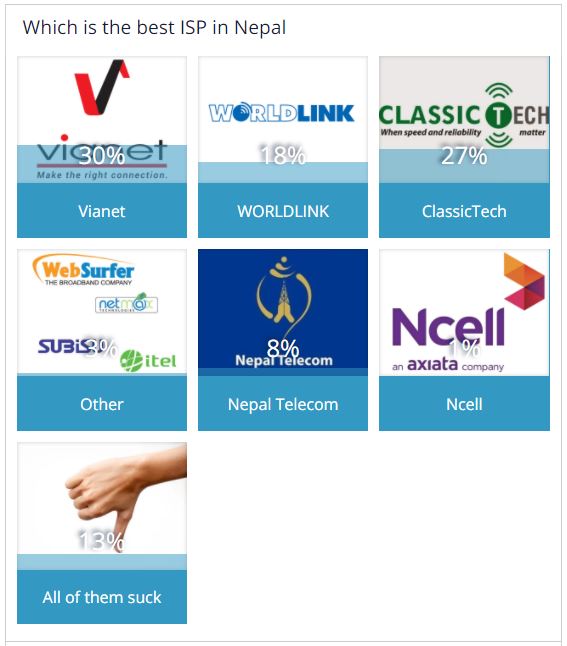 There was an option with a quote “All of them suck”, and this tab managed to accumulate 13% of the total votes. A not so shocking result in any way. It just goes to show that Nepali ISPs need to treat their customers more seriously.

Finally, standing with 8% of the votes was NTC, which had one of the smallest and one of the most satisfied customers on our list. NTC’s users are particularly happy about the consistent internet connection, however, slow it may be. Delivering on your quoted low speeds seems far better than falling short on your big promises.

The tab that comprised of ISPs like Subisu, Otel, Web surfer, Board link and all the rest of the ISPs of Nepal managed a mere 3%. And finally, Ncell accumulated 1% of the votes, which probably had something to do with their extremely high prices.

Feel free to take part in our next poll this Monday. And don’t forget to like our Facebook Page for all the latest in Tech.