Home CAN Infotech CAN infotech 2017: Blackview Smartphones Launched in Nepal

Blackview is a Chinese smartphone manufacturer which has made its debut in Nepal at CAN Infotech 2017. It’s the first time we’ve heard of the brand and during the show, we got a hands-on of few of their phones as well, which are really decent for the price. As of now, four Blackview products are showcased in the show, namely: E7S, A8, BV6000S, BV5000 and A5. Being a Chinese product, some of these products resemble other Chinese products which are not that bad. Some of the names sound pretty similar because we already have A8 and A5 on Samsung series of smartphones. But unlike the Samsung phones, these are your basic but strange looking smartphones.

Blackview phones have been launched in Nepal via Pearl business Group Pvt. Ltd. They are also the authorized distributor of Diamond Mobiles.

Blackview A5 is the most affordable phone among the bunch. Design-wise, the phone looks pretty basic but the mosaic back cover is something you’ll have a love-hate relationship. A5 comes with a 4.5-inch 480p display. It is powered by MT6580 1.3Ghz processor and is coupled with 1GB of RAM. Storage wise it comes with 8GB of internal storage which can be expanded up to 32GB. Optics wise, it is equipped with 5MP Rear Camera and 2MP Front Facing Camera. Backing up this phone is a decent 2000mAh battery.

Blackview A8 is another budget phone which comes with a pretty modest set of specs. The phone holds a 5inch 720p display up front with a 2.5D curved glass. The phone is powered by MT6580 Quad-Core processor clocked at 1.3Ghz coupled with 1GB of RAM. Like the A5, it also comes with 1GB of RAM, 8GB of Internal Storage which can be expandable up to 32GB. Optics wise it comes with an 8MP rear camera and 2MP front facing camera. The only let down of this phone is that it is still running the outdated version of the android lollipop.

Specifications of Blackview A8:

Blackview E7S is a phablet which comes with the screen dimensions of 5.5inches. The display here is a 720p panel which also has 2.5Dglass. The good thing about the phone is that it comes with a rear-mounted fingerprint sensor.The phone is powered by a decent MT6580A 1.3Ghz Quad-core processor and is coupled with 2GB of RAM. The phone also comes with 16GB of internal storage which can be expanded up to 32GB. Camera-wise it is equipped with an 8MP rear camera and 2MP front facing camera. The phone also supports 4G on one of its two SIM slots. The phone is running on Android 6.0 Marshmallow. Backing up this phone is a decent 2700mAh battery. 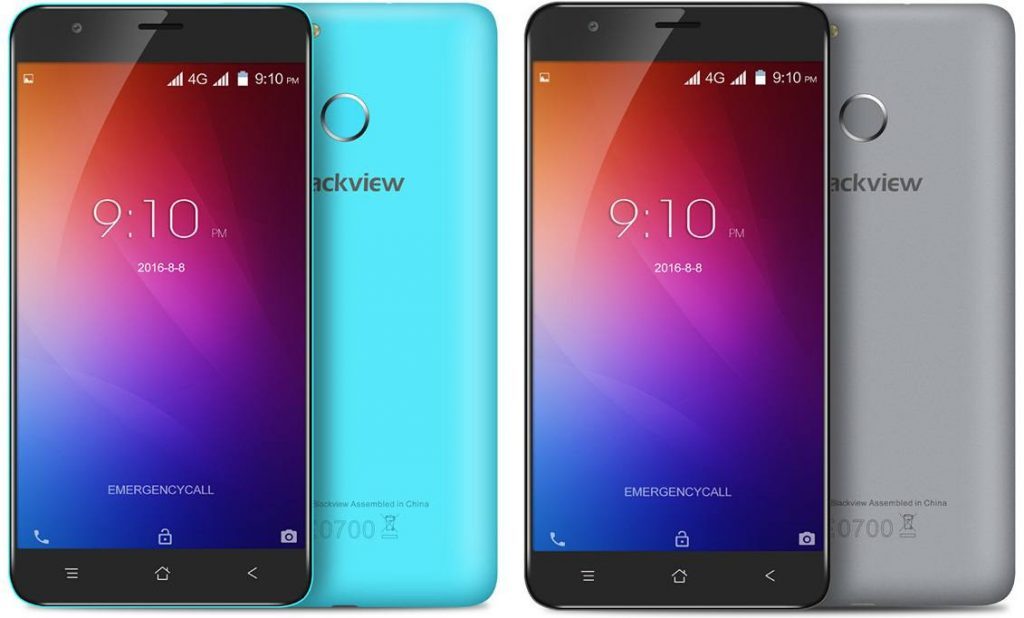 Blackview BV5000 was something refreshing to look at. If you have been longing to buy a durable phone then wait no further, BV500 is exactly what you’re searching for. The phone looks really tough with its thick exterior which makes it Waterproof, Dustproof and withstand hard falls. The phone is built like a tank and is suitable for those who work on hardcore conditions. The phone comes with a 5inch 720p display with 2.5D curved glass. It is powered by MT6735 Quad-Core processor clocked at 1.0Ghz coupled with 2GB of RAM. It comes with 16GB internal storage which is expandable up to 32GB. The phone is still running on Android 5.1 unfortunately. The phone also supports 4G connectivity. It is equipped with 8MP rear and 2MP front facing camera. It comes with a massive 5000mAh battery and the phone also supports OTG which will enable you to charge other devices as well. The phone is also heavy at 170grams.

Blackview BV6000s is another tough rugged phone which also happens to be the most expensive phone among the bunch. It looks like one of those Kivi Walkie-Talkie phones. Just by looking at it, you can say that this is the most badass looking phone out there. The phones back case is made up of dual molding frame and the sides are made up of metal. It also has highly padded rubbers on the edges of the phones which protects the phone from extreme drops. The screen is protected with Corning Gorilla Glass 3. This phone is made for the extreme environment thus the Dual Satellite Positioning system, Atmosphere Pressure Sensor and IP68 water and dust resistance. And the phone is pretty heavy with 247grams weight and 16.66 thickness. 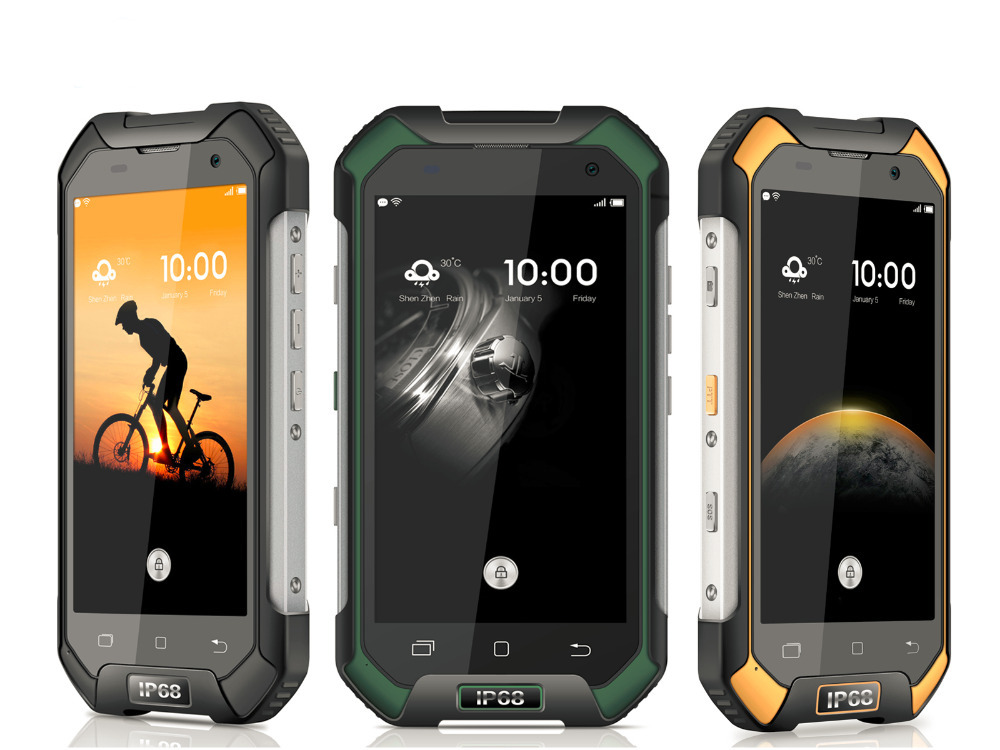 Blackview phones are already available in the market!