NVIDIA absolutely crashed the GPU market with the announcement of its Ampere-based RTX 30-series of GPUs. So much so that the company is yet to meet the overwhelming market demand. And now, AMD is trying to swoop in on the budget GPU market by launching a new RDNA 2-based graphics card—the Radeon RX 6700 XT. Allow me to discuss more about this GPU including the features, specs, and expected price in Nepal of AMD Radeon RX 6700 XT. 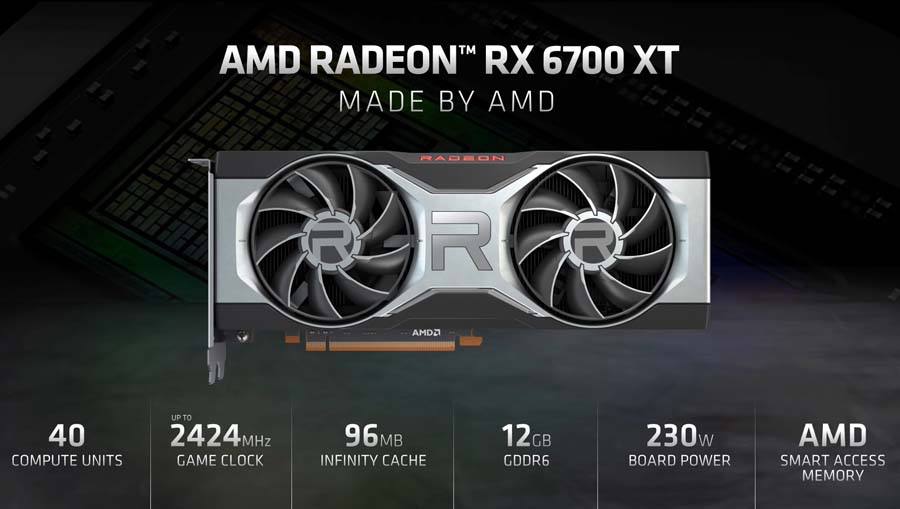 While that obviously doesn’t mean this starter GPU will compete with the big boys, it’s evident that AMD wants to undermine Team Green. Here, it has a narrower 192-bit memory interface with up to 384GB/s bandwidth. With all this, the RX 6700 XT is a compelling buy compared to the similarly priced RTX 3070 ($499).

So, you might’ve already decoded that AMD is targetting 1440p gamers with the 6700 XT. During the presentation, the company revealed a couple of benchmarks of a few games compared to the two aforementioned NVIDIA cards. While it wins out against both in titles like Assassin’s Creed Valhalla, Borderlands 3, Call of Duty: Black Ops – Cold War, and Hitman 3, it falls behind 3070 in games like Cyberpunk 2077 and Gears 5. 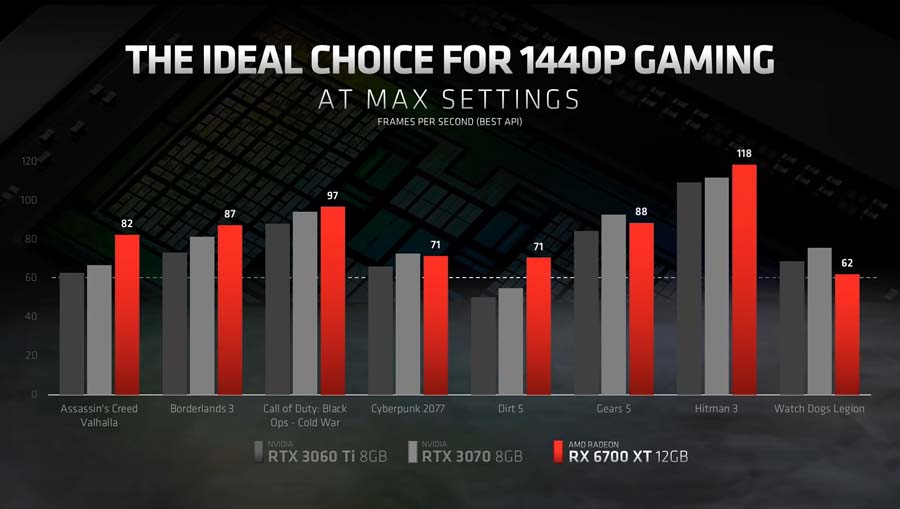 Moving on, this GPU also enjoys AMD’s Infinity Cache technology—a whole 96MB of it. This on-die L3 cache drastically maximizes bandwidth efficiency (as much as 3.25x more compared to RDNA-based graphics cards). So, what the Radeon RX 6000-series lacks in terms of memory performance compared to high-end RTX 30 cards (with their more powerful GDDR6X memory), it tries to compensate that with the Infinity Cache which more than doubles the memory bandwidth while consuming less power.

Moreover, the RX 6700 XT makes use of AMD’s Smart Access Memory (SAM) too. This PCIe-based data transfer protocol creates a virtual tunnel between the GPU and compatible CPU (Ryzen 5000, 3000 series), thereby allowing the processor to access the video memory directly. As games grow bigger in size and modern-day CPUs require to make frequent stops to access VRAM, this solution effectively cuts out the unnecessary hassle. 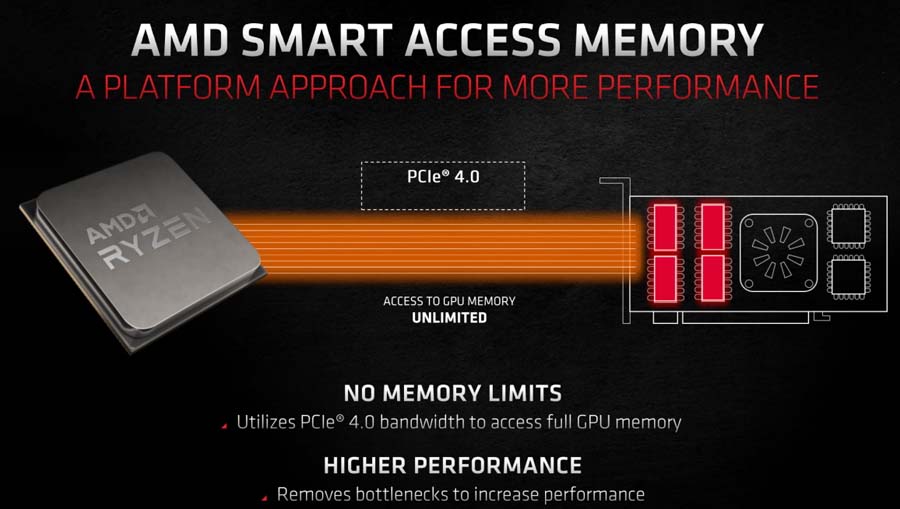 While NVIDIA is recently rolling this feature (under the native name: Resizable BAR) to its RTX 30-series of GPU, the company’s newest RTX 3060 was the first card in the lineup to come with Resizable BAR support out-of-the-box. Additionally, like the RX 6800, AMD is also using a dual-fan design. But, the company has already revealed that most of the partner vendors including ASRock, ASUS, Gigabyte, XFX will be using a triple fan design instead.

A promise of a wider availability

On top of performance, pricing, and everything, AMD is also promising one more exciting thing about this GPU—its availability. Getting a graphics card at the usual price is almost impossible these days because of the ungodly level of market demand. However, speaking to The Verge, AMD says:

“With the AMD Radeon RX 6700 XT launch, we are on track to have significantly more GPUs available for sale at launch.” Not sure if the company can actually pull this off but we’d like to wish Team Red all the luck in the world. Apart from this, AMD says that it doesn’t plan on nerfing any of its GPUs’ crypto-mining capabilities like NVIDIA did with the RTX 3060.