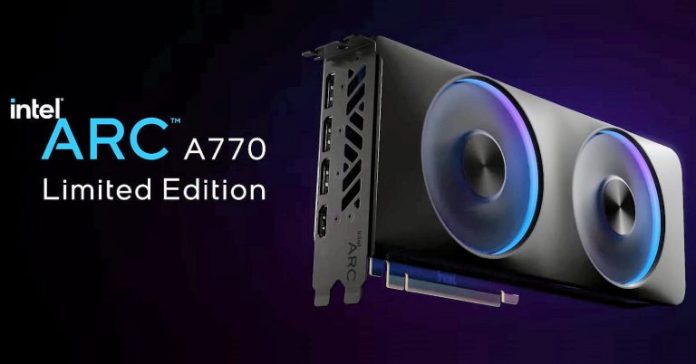 The long-awaited Intel Arc A770 GPU is finally here. It was announced alongside the 13th Gen Raptor Lake CPUs. The new GPU is designed to compete with the GeForce RTX 3060, Radeon RX 6650 XT, and other mid-tier video cards. So let’s get into the specifications, features, availability, and expected price of the Alchemist-based Intel Arc A770 GPU in Nepal.

Intel Arc graphics cards come with AV1 encode and decode support, and the software drivers work best with DirectX 12 and Vulkan API. As a result, the company claims that the Arc 770 will match or outperform the RTX 3060 in DirectX 12 or Vulkan games. In addition, Intel claims that the GPU can deliver a 65% peak performance improvement over the competition in ray tracing games, though it does not specify the specific hardware, so we assume RTX 3060. 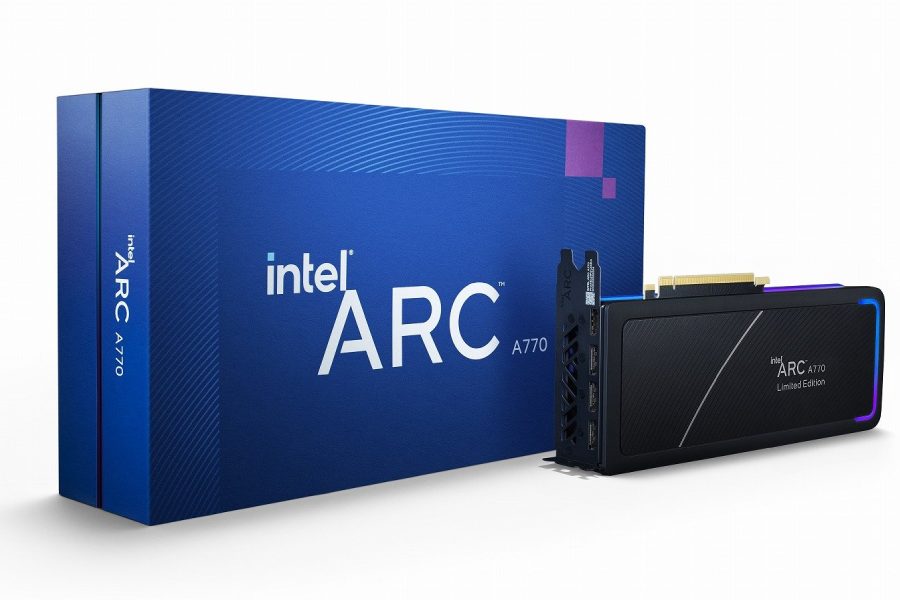 But note that not all games make use of DirectX 12 and Vulkan. In fact, the most popular games on the Steam chart actually make use of older DirectX versions, which Intel Arc cards like the A770 lack optimization for. As a result, Intel is dividing games into three tiers based on how well they have been optimized for Arc GPUs.

“Best in Class” Performance in Tier 1

Games with DirectX 12 and Vulcan that run exceptionally well on Intel’s discrete GPUs fall under Tier 1. Intel claims that Arc GPUs will “kill everyone” in price-to-performance and will boast “best in class” performance in these titles.

The second tier or Tier 2 games, like their Tier 1 counterparts, are built on the latest APIs but are less optimized for gaming. These games will still run on the Intel Arc GPU lithe ke the A770 but not as good as the Tier 1 games.

Moving on, Tier 3 games are those that use DirectX 11 or older APIs. And Intel has done very little to optimize these games. As a result, these games will perform inferiorly on systems equipped with A770 and other Intel Arc graphics cards. For example, in a test conducted by the Linus Tech Tips team, Tom Raider dropped from 80 fps to 39 fps after switching from DirectX 12 to 11 on the Arc A770.

Because the Arc A770 is the top-tier Alchemist card, it includes the ACM-G10 chip, which has 32 Xe-cores, 4096 ALUs, and 32 Ray Tracing units. It comes in two memory sizes: 8GB and 16GB. They both use GDDR6 VRAM but the 8GB model has a slightly lower bandwidth and memory clock.  All other specifications are identical, including the 256-bit memory lane. It also has a Total Board Power (TBP) of 225W.

Intel Arc A770 Price in Nepal and Availability