How much does your phone cost? Assuming that you are using an Android or an iPhone, it’s fair enough to say the price could range from a few thousand to a lakh even. It’s logical to think that you will upgrade it with an even more expensive daily driver. Not only do new smartphones hitting the market come at prices higher than their predecessor, but they also come with new flashy features that make the switch even more tempting. While most of the brands work on exploiting this weakness of your, Colors has constantly been working on phones that are cheaper and which everyone can afford. Recently, Colors launched the Pride 1, which is the cheapest Android phone you can find in Nepal right now.

What’s in the box?

Talking about the Colors Pride 1, it comes with almost all of the basic accessories except for one. Before we get to that, let’s talk about what Colors has included in the box. The device comes with a user manual a data cable and a power adapter. A screen protector is also included. But Colors has disappointed us by not including an earphone. For the phone, I think an earphone is a must since entertainment options in this device are limited. 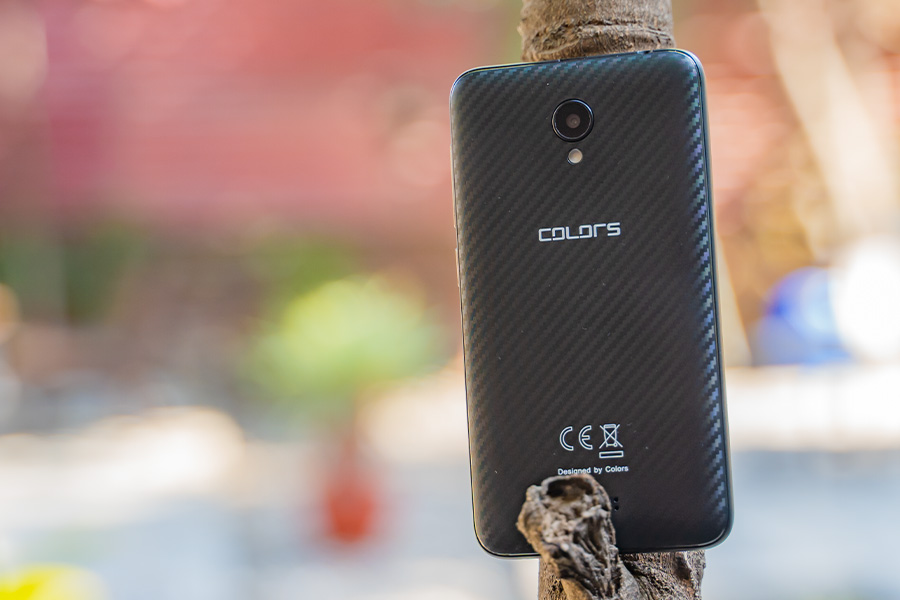 The design of the Colors Pride 1 takes us back in time when phones came with rather short displays. The screen comes with bezels on all sides. There is space for an earpiece grill and a selfie camera on the top of the screen. What really surprised me was the presence of front-facing flash. I wasn’t expecting that. Capacitative buttons are present on the bottom. They can be used to navigate back, home and recent. Though the buttons aren’t backlit, they offer haptic feedback.

On the back, we have a 2MP camera; below which resides the flash. Moving downward further, Colors has included its branding. To the extreme bottom lies a small speaker grill. The volume rocker and the power button lies on the right side. They have a shiny metallic feel to them and can easily be distinguished from the black plastic body. On the top lies the USB-B port and 3.5mm jack for audio output. It is only available in black color.

Colors has been highlighting the 4.0-inch TN screen as a major feature of the device. The screen is just bright enough to be seen. I had to keep the brightness at max all the time. You will likely have problems using the device outdoors. Videos on the device are far from perfect but are fine considering the price tag that comes with the phone. PDFs are readable as long as you are indoors or under a shade. 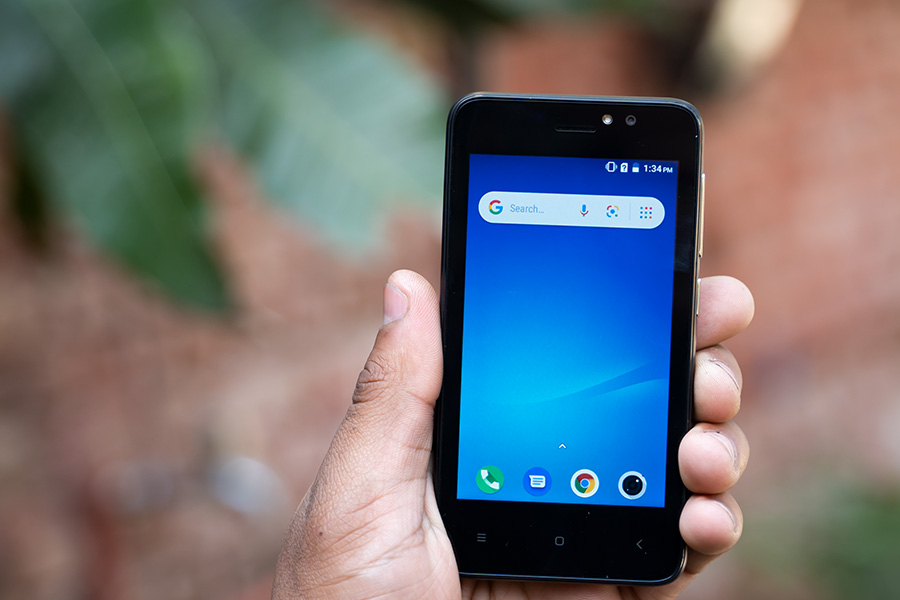 The Colors Pride 1 comes with a 2MP camera at the back which comes with a flash. The front-facing VGA camera is also accompanied by a flash. Considering the price of the phone and the sensors included, I didn’t have much expectation from it.

Let’s start with the camera app which comes with all the basic features. It also offers features such as AI detect, Antibinding and color effect. Under the AI detect, you can choose between face detection and smile shutter, both of which aren’t perfect but do what they are supposed to do. With the anti-binding feature, you can reduce the havoc on the image caused by artificial flickering light. The features are there but don’t get excited by them. You can choose from different modes. Interestingly, it comes with features such as audio pictures and a QR scanner. While the former is gimmicky, the later can be something useful in daily life. 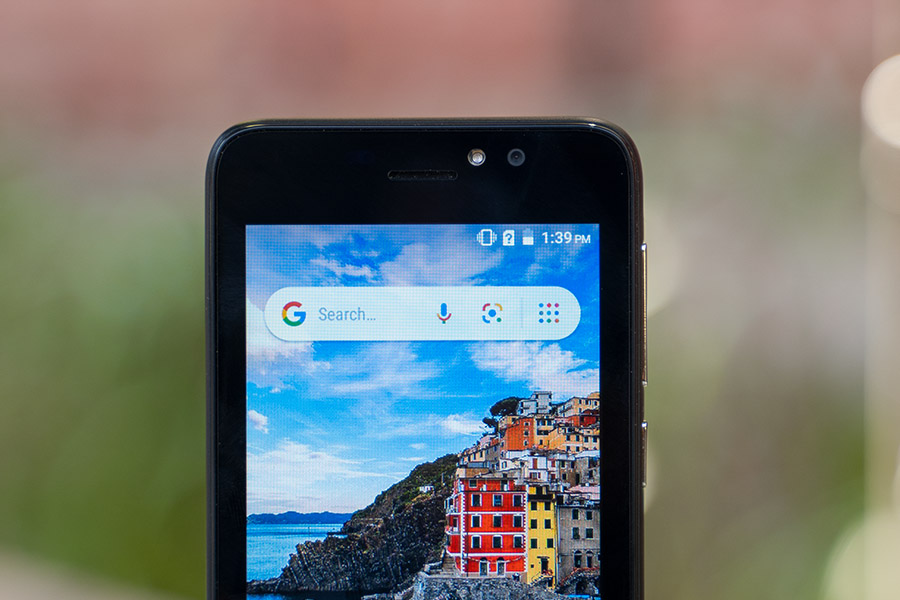 Photos from the rear camera exceeded expectations that I had with the phone. They look great at first and upon zooming it starts to pixelate. Shaky photos are way too common. But for the price, the camera performance is commendable. Photos aren’t that great but I have even seen worse at an even greater price.

As far as the front camera goes, photos are okay-ish under ample light. Both cameras fail miserably under dark conditions and the flashes don’t seem to help either.

Colors Pride 1 comes with an unnamed Quad-core processor (1.3 GHz). It is supported by 512MB RAM and 4GB internal storage. While it may not sound enough, thanks to the Android Go, it handled most of my daily tasks. I experienced no problem while surfing the internet, playing music, using social media. Note that I used the lite apps wherever possible. The speaker on the phone isn’t that loud and comes with a lot of noise so it is better to avoid them. Chatting on Messenger lite and Viber was a no-brainer after you get used to the small keyboard interface. The cellular connectivity is great too; I had no problem using the Ncell 3G on the phone. The phone comes with a 4GB internal storage which gets filled in no time. So, you would want to buy a MicroSD card to store your photos and music. The limited storage means limited apps. I avoided resource-hungry apps the best I could. I kept clearing their junk data and cache of the apps I required to prolong the smooth experience. Lite games are perfectly playable. Games like Color Switch, 2048 and the public favorite- Ludo Neo-Classic run well with no hiccups.

The phones come with a gyro-sensor. So I tried games like Temple Run and Subway Surfers. While these games were playable in the beginning, they occupied so much of the memory that I removed them instantly. Since playing games like Temple Run is practically impossible, I don’t know what we can do with the gyrosensor as we won’t be working with 360 photos on this for sure.

Despite all the highlighted feature, the radio was the best multimedia option for me on the device. The display isn’t perfect. The output from the speaker is also below par. Though I had to buy earphones separately, the radio experience was worth it (for me). The UI of the radio app is simple to use and comes with all the features you would want from it. It will automatically scan stations for you in case you are like me and don’t want to do it yourself. You can choose your favorite stations and you also have the record feature at your disposal.

The Color Pride 1 comes with 1400mAh battery which by today’s standard isn’t massive. You will feel the need to charge it at least once a day. If you are among those who keep sticking to their phone, you will have to charge it more often. The device comes with a 0.7A charger. And charging is painstakingly slow. It takes the phone over two-and-a-half hours to go from 0 to 100%, which is a lot for a battery capacity of 1400mAh. But it has a good stand-by. For its target consumers, it would have been better if it had a bigger battery.

The Colors Pride 1 is available in Nepal for NRP 3,995. This makes the phone the cheapest Android (Go) phone in the Nepalese market.

For the cheapest Android phone in the market, it has a lot going in its favor. Performance and cellular connectivity are great for the price. The camera performance isn’t bad too. But there are things which I think Colors could have done better. First, the earphones; I think it is a must for the kind of phone it is. Second, I didn’t find the gyrosensor and front flash of any use. They could have been dropped for improvements in other areas such as the battery. But for the price, it’s a decent device; not perfect but also not horrible.

Overall, Colors Pride 1 is a great phone to have if you are making the transition from bar phones to Android. It could also be a great secondary phone to have at your disposal.