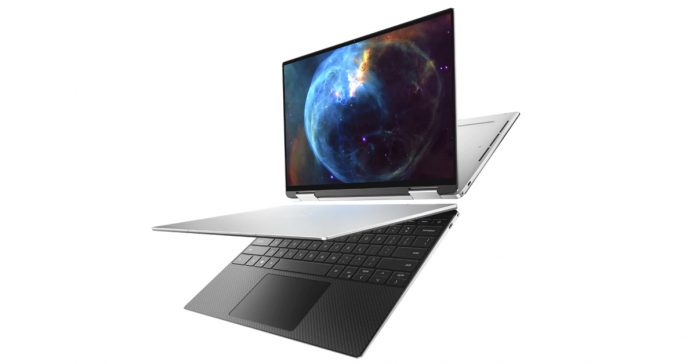 The Dell XPS 13 7390 2-in-1 comes with the latest 10th Gen Ice Lake CPU from Intel which is based on 10nm fabrication. Because of this, it offers a significant boost over the 8th Gen CPUs both in performance and graphics department. And not just the performance, the XPS 13 7390 2-in-1 has a new keyboard, hinge and webcam placement.

Of all the things that changed, the Ice Lake upgrade is certainly the highlight here. These are the 10th gen CPUs in Intel’s low powered line of processors. They skipped out on the 9th Gen for some reason but that’s really none of our business. These 10th Gen Ice Lake CPUs are all based on 10nm, all of which sport hyperthreading, has a TDP of 15W, and offer an average of 20% – 30% boost in performance.

You now get to choose from three processors, the base variant being a Core i3-1005G1 model. This one comes with a boost clock speed of 3.4GHz and is a 2c/4t setup. The graphics chip on this one remains the same old Intel UHD @ 900MHz boost.

The next in line is a Core i5-1035G1. Basically, this has more cores and better boost speeds. It’s a four-core eight-thread setup, boost clock has increased to 3.6GHz but it still uses the same old Intel UHD graphics with an added boost clock of up to 1.05GHz. 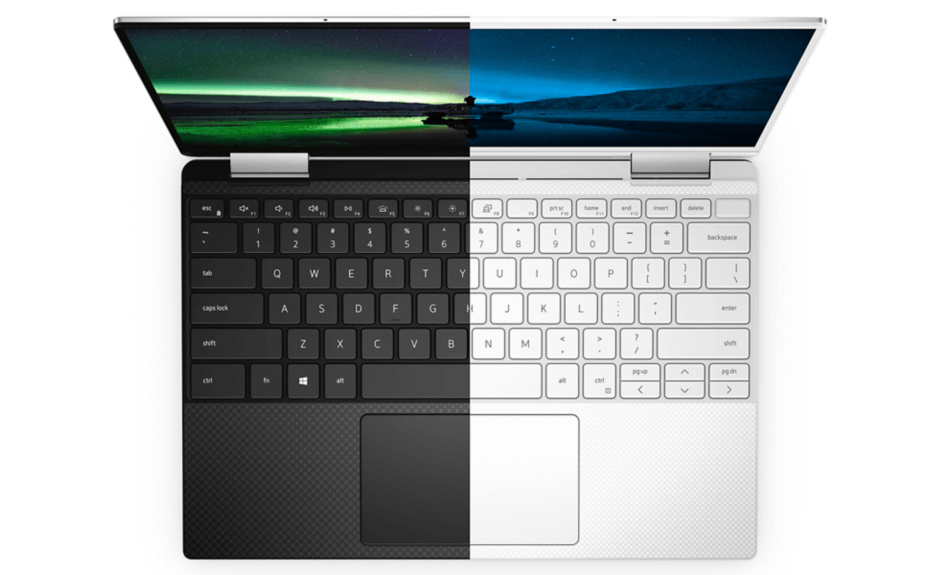 And finally the star of the show, the Intel Core i7-1065G7, still a 4c/8t set up with a max boost speed of 3.9GHz but with Intel’s Iris Plus Graphics chip inside. The new Iris Plus graphics chip doubles the performance over its predecessor, the UHD 620. You can head over to Laptopmag for a detailed comparison, but for a quick reference, the UHD 620 pushing out 56fps on Dirt 3, while the Iris Plus delivered a 100fps on similar settings.

Display options include a 13-inch FHD or 4k panel, all touch-enabled since it is a 2-in-1 laptop. The aspect ratio has changed to a 16:10, a bit odd but nothing to dwell upon. It now supports Dolby Vision HDR with brightness hovering at around 500 nits. The 4K version covers 90% of the DCI-P3 color gamut and 1800:1 contrast ratio. The bezels have decreased as well, also a factor responsible for 7% more screen real state within a similar footprint.

Memory options start at 4GB all the way up to 32GB clocked @ 3733 MHz while storage space comes in at 256GB to a full terabyte of flash storage. For connectivity, you get two Thunderbolt 3 connectors, an SD card reader, and a headphone jack. Wifi 6 and Bluetooth 5.0 come as standard across all versions. And as for the battery, Dell has managed to fit in a 51Whr cell with a 45W ac adaptor for charging. 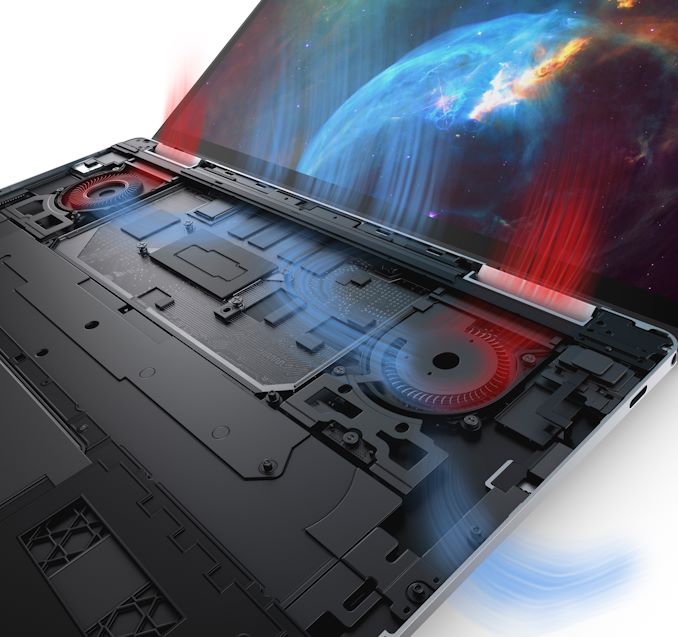 Other changes include a new Maglev keyboard with a 1.3mm travel. It uses magnets to make the keyboard feel more satisfying and comfortable. They have also designed a two-fan cooling system to accommodate the upgraded internals. And the final change is the hinge, which has been improved for better/smoother transitions.

These laptops are already available on the official Dell website which you can check out here. Pricing starts at $999 for the i3 version with 256GB SSD and 4GB of RAM. You can configure it all the way up to a Core i7 with 1TB of SSD and 32GB of memory, that one will cost you $2,650. But I think the $1,400 version with a Core i5, 8GB of RAM and 256GB SSD should do for most.