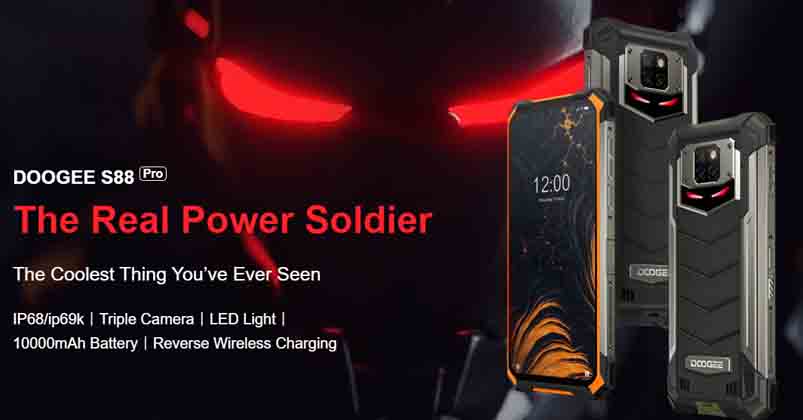 Not everyone wants a pretty-looking smartphone. Some prioritize the durability and reliability of smartphones over the design. That is why there is still a market for rugged phones, though it isn’t that big. The latest rugged phone to come under our radar is the new Doogee S88 Pro. It is making headlines because of its robust design and long-lasting battery life. Read along to know more about the Doogee S88 Pro including its specs, features, expected price, and availability in Nepal.

Doogee S88 Pro features a 6.3-inch IPS LCD screen. The FHD panel comes with the trendy 20:9 aspect ratio. On top of that, it is protected by Corning Gorilla Glass. There is a tiny waterdrop notch on the top of the screen. 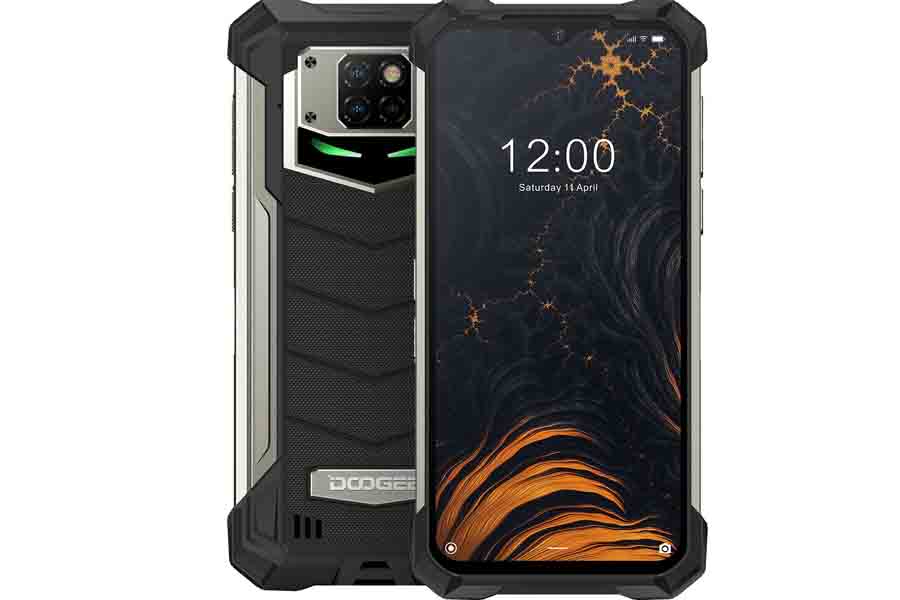 Unlike mainstream smartphones, the rear panel on this one doesn’t imitate glass design. Instead, it looks like an armor protecting the device.  It comes with an Iron Man-style Multi-Function lights. These are just two LEDs shaped to look like eyes that sit below the rear camera module. These LEDs will mostly act as a notification light.

Inside the hood, it packs in MediaTek Helio P70 chipset that is paired with Mali-G72 GPU. It is a mid-range chipset that is already two-years-old. But it won’t matter much, as rugged phones aren’t known for their processing prowess. The device is equipped with 6GB of RAM and 128GB of internal storage. The whole setup should be enough to handle day to day usage and light multitasking. There is also a dedicated microSD card slot in case you need additional storage space.

Doogee S88 Pro flaunts a triple camera setup on the back. The three cameras are enclosed inside a square camera module along with an LED flash. The primary camera uses Sony’s 21MP IMX230 sensor that debuted almost a half a decade ago. Similarly, the camera supports HDR and can shoot 4K videos as well. The 8MP ultra-wide camera expands the Field of View to 130-degree. Also, there is an 8MP depth sensor for bokeh effects. There is a 16MP camera on the front for selfies. 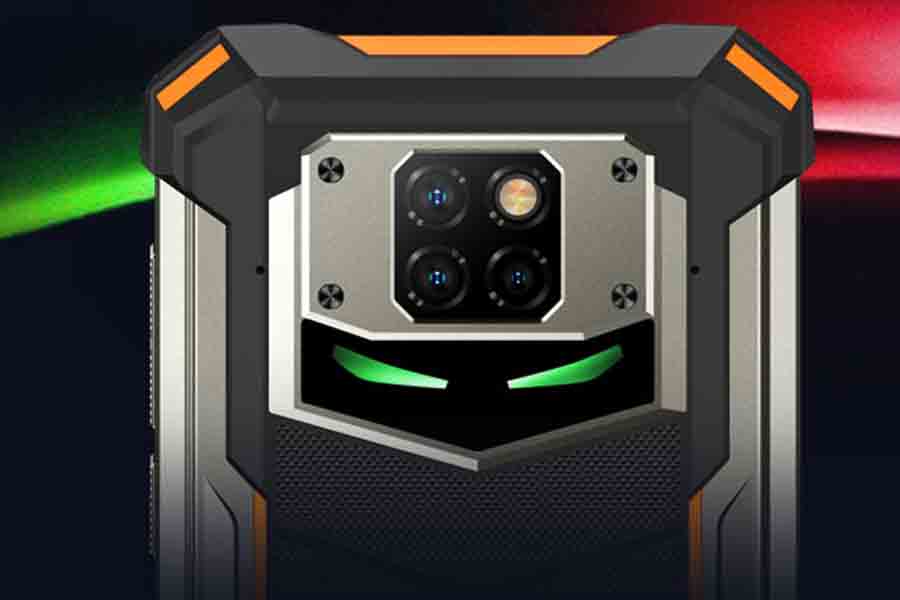 Since its a rugged phone, let’s talk about how durable it can be. It comes with an IP68 and IP69K rating against water damage, dust, and extreme temperature & pressure. Doogee claims that the phone can survive a day inside the water at a depth of one meter. The duration reduces to 2 hours when the depth is 1.5 meters. It can also withstand sand particles with a diameter over 1mm. 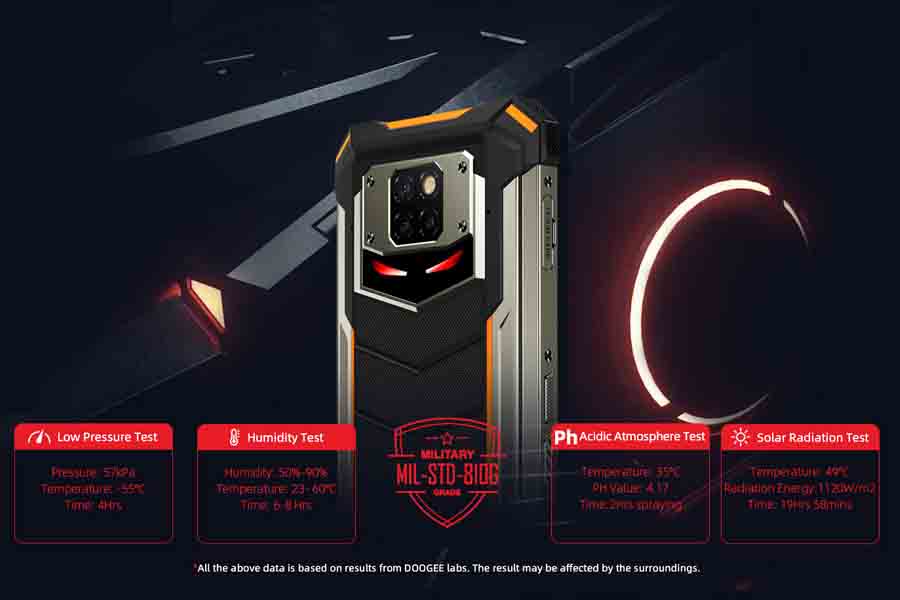 The device can even survive extreme temperatures. It is operational between 70-degree Celcius and -55-degree Celcius. It also has MIL-STD-810G for the military-grade build.

Doogee has included a massive 10,000mAh battery that boasts a standby time of up to 780 hours. Under normal usage, it is said to last about a week. For such a massive battery, you get 24W wired fast charging and 10W wireless charging. The device also supports 5W reverse wireless charging. 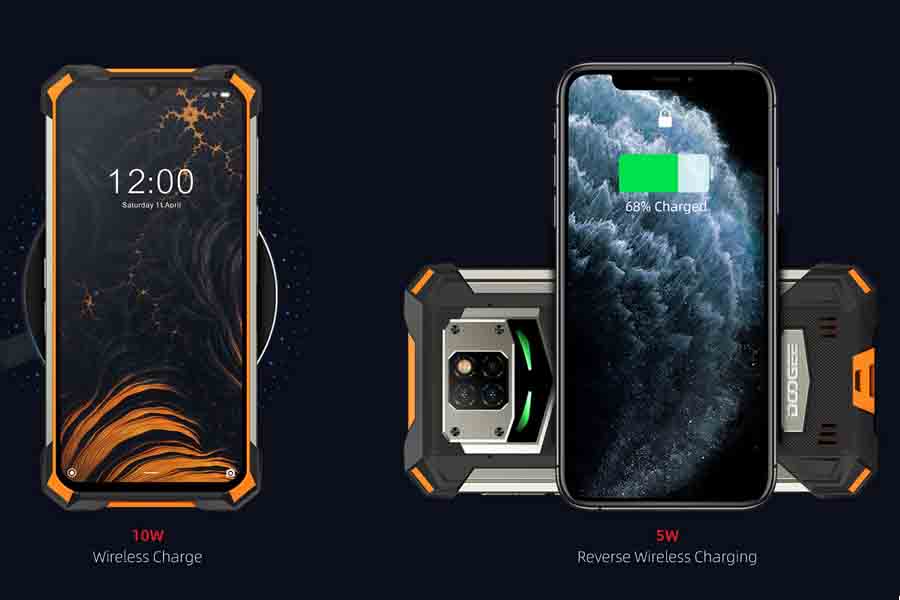 There is a capacitive fingerprint sensor mounted on the side. Doogee has also included two custom keys that the user can assign the function of their choice. It runs on Android 10. An Adventure Package comes preinstalled which could come handy if you are mostly outdoors.

Doogee S88 Pro is available for pre-order in China via the Doogee official store, where its price is $199.99. We expect the price of Doogee S88 Pro in Nepal to be around NRP 26,000 if it launches in Nepal.