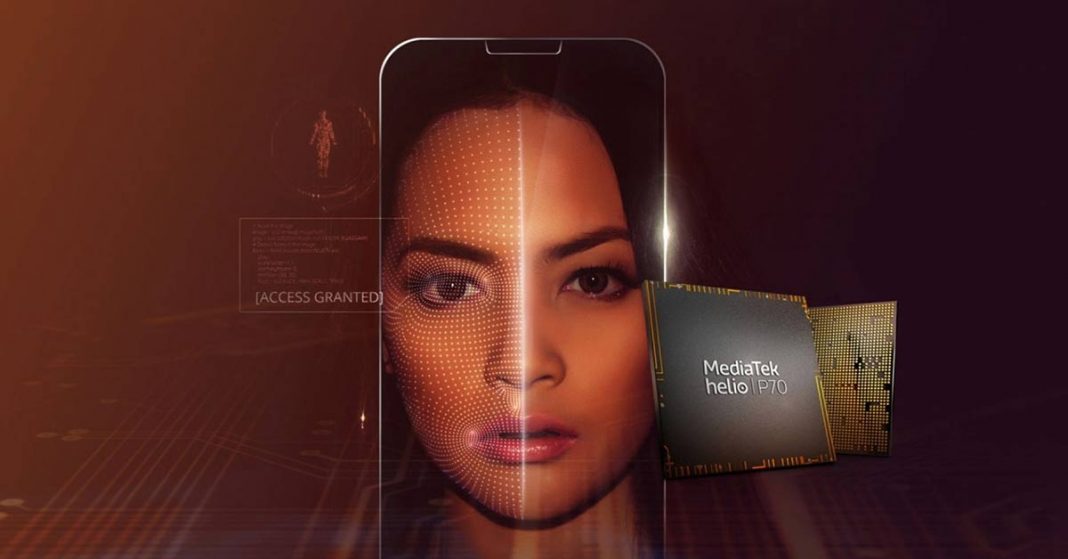 Almost every smartphone has some sort of Artificial Intelligence (AI) embedded these days. Phones ranging from low-range to high-range price segment come with processors that help run the technology. MediaTek has been making AI-supported chipsets for a while now, and the company has announced its new product that provides a 13% increase in performance all while boosting the AI technology by 10-30%. The new chipset is the MediaTek Helio P70, that is the successor of the Helio P60 which is powering a lot of mid-range smartphones right now.

The Helio P70 has a few updates and upgrades over its predecessor, but it comes in the same 12nm form factor. It has the same octa-core processors with the same four ARM Cortex A73 that has an upped clock speed of 2.1 GHz. The other four Cortex A53 cores have a clock speed of 2.0 GHz.

The Helio P60 is a well-performing chipset by all means. Helio P60 had done an impressive job on the Oppo F7, Oppo F9, Vivo V11, and many other handsets when it comes to real to real life usage. However, the devices powered by it faces a couple of stutters a couple of times while gaming. MediaTek has optimized the P70 to fix all of those issues and improve the overall gaming performance on the phones.

Likewise, the Helio P70 comes with CorePilot 4.0 that conducts thermal management for a cooler user experience. This technology also helps with a better battery life on the smartphones.

In terms of connectivity, the Helio P70 comes with a faster connection speed without a significant decrease in battery life.

It looks as though MediaTek is focusing on the Helio P70 now. We could see smartphones running on the new platform in November.