Well well, it seems Facebook has been secretly trying out a new user verification system. The test users apparently have to upload their selfies in order to verify that they are real. This new feature, however, is currently on limited testing only.

Basically, the app asks users to place their phone at eye level. Then similar to the facial unlock system, a circular frame appears on the screen. Users have to fit their face in the frame and record a selfie as directed. A series of prompts pop up on the screen which the users have to follow. The prompts too are similar one would find during the face scan for the face-unlock system. It asks you to look straight, right, left, and straight again. 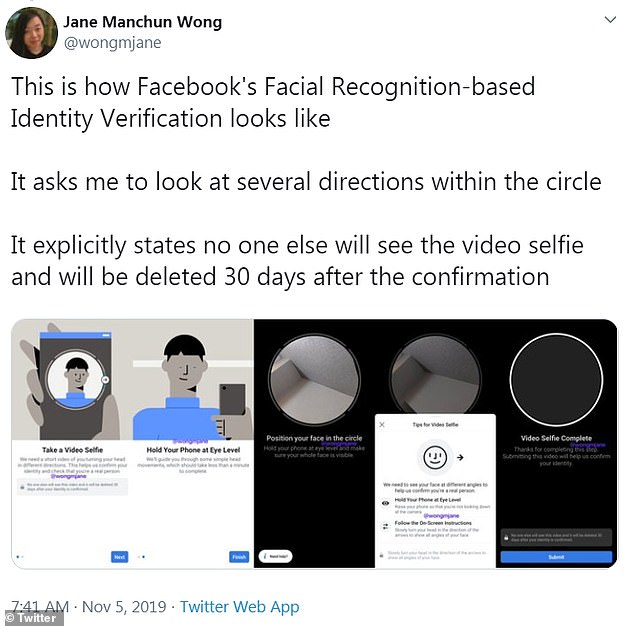 Now a sane person would obviously question the privacy of their biometrics. For this, the Facebook app does provide a sort of explanation. However, it is pretty vague.

This is not the first time however that Facebook has used a facial recognition system. Previously we’d come across a feature that after an automatic scan of uploaded photos, suggested who the people in the picture were. This feature actually drew a lot of criticism. It, in fact, was the subject of a class-action lawsuit in 2015.

The accusation was that Facebook stored biometric information of users without their consent. However, Facebook did appeal the decision. It argued that there was no proof that Facebook’s facial recognition system had done any harm. And that the plaintiffs had no basis for damage. Nevertheless, their appeal was rebutted by the court and the case is set to move forward.

Also Read: Google, Fitbit, and the dustbin: A strange but plausible relationship?

At this moment, nothing can be said with certainty about the implications of this feature. I for one would surely move away from Facebook if they eventually decide to roll out this feature. Without knowing who has access to my records and what it will be used for explicitly, I certainly not upload my selfie. And Facebook’s own history suggests that user data safety cannot be guaranteed. After all, privacy on the internet is a myth. For sure this might reduce the DoS attacks but nope this is not a cherry that I would want to bite. What do you think?