We are now just 4 days away from the biggest sporting event of the year. The 22nd FIFA World Cup will kick off on November 20, with the host Qatar taking on Ecuador. This is the most expensive World Cup ever, and sadly, we viewers will be covering a big part of the cost. For the first time ever, FIFA World Cup viewers in Nepal will need to bear an additional fee of Rs. 500 (before tax) on top of their regular TV subscription charges.

And on November 8, the Supreme Court of Nepal issued an interlocutory (an order or judgment given during the course of legal action—and not a final verdict) interim order against collecting additional fees just for the FIFA World Cup. As a result, Media Hub’s Executive Director Som Dhital informed that Nepali viewers might miss out on the Qatar World Cup entirely since their preparations had come to a halt due to this legal trouble.

But today (November 16), the Supreme Court (with Justices Prakash Kumar Dhungana and Manoj Kumar Sharma) has sided with Media Hub. And it has ruled a verdict that allows the company to continue with its pay-per-view system for broadcasting the Qatar FIFA World Cup in Nepal. According to the agreement between Media Hub and Himalaya Television Network (the broadcasting partner), the semifinal and final stage matches will be broadcast for free as well.

Why did the Supreme Court of Nepal temporarily order against taking extra fees for FIFA World Cup 2022?

It’s pretty easy to guess that some criticism of this pay-per-view system was inevitable. As soon as the news about the extra fee (on top of the standard TV package charge) for the 2022 World Cup began circulating, everyone from the general public to the consumer rights activists in Nepal called it “unfair”, “a monopolistic practice”, or something along the lines. And a writ petition was submitted to the Supreme Court by advocates Kishor Poudel and Anupam Bhattarai demanding that Nepali viewers should be able to enjoy this edition of the FIFA World Cup—like every other—without any subsidiary charges.

Following the petition, a single bench of Justice Prakashman Singh Raut issued the said temporary order on November 8 while the final verdict in the favor of Media Hub was issued today. Complying with the court order, Siddhartha Dhital (Marketing Director, Media Hub) previously confirmed that the company had stopped all its preparations for the broadcast. And this put a giant question mark about whether Nepali audiences will get to watch the World Cup or not in the first place. But now, you don’t need to worry about any of that since Media Hub will be broadcasting the matches after all!

What if I don’t want to pay the extra fee?

Now you might be wondering, “Well, why would I pay extra when I can just enjoy the games from other international TV channels like every other World Cup before this? What’s stopping me?” The thing is though, you can’t (at least not without sailing the high seas). That’s because Media Hub has acquired exclusive digital broadcasting rights in Nepal for the Qatar World Cup. I’ll get into more detail about it in just a minute but the gist of it all is that no Indian or other foreign TV channels can televise the FIFA World Cup in Nepal this time. And only those licensed by Media Hub will be allowed to telecast all the matches.

Okay, so since Media Hub’s legal issue has been resolved in time and the company is currently in the process of finalizing its preparations, Himalaya TV HD will be broadcasting the upcoming football FIFA World Cup 2022 matches in Nepal. And these matches will likely have English commentary. So far, NetTV and ViaTV have signed up to broadcast the Qatar World Cup as well. But besides the added charge itself, perhaps the most frustrating thing about this entire ordeal is that you won’t be able to watch it on a mobile app since there has been any agreement for the same.

How much fee will you have to pay to watch Qatar FIFA World Cup (2022) in Nepal?

Like the anti-consumeristic allegations, I can’t say that this need for additional charges comes as a surprise either. It was already speculated that this edition of the FIFA World Cup was going to be an expensive one for Nepalese viewers from the very beginning. However, there was no concrete information about how much and how a viewer was going to pay for it.

As I mentioned before, FIFA World Cup fans in Nepal will have to pay a fee of Rs. 500 to enjoy all the games from the comfort of their home. It’s also important to note that the Rs. 500 is a VAT-exclusive price and is valid for a single setup box (STB) only. So, the final price you’ll be paying is Rs. 500 + 13% VAT which totals Rs. 565 for one STB. In the case of a bigger household with multiple TVs (and subsequently multiple STBs), you will have to pay Rs. 565 for each active TV or STB. And this price is on top of the regular subscription fee you pay for your cable TV for IPTV, thus making this year’s World Cup an expensive affair.

As for the payment options, you will be able to pay for the World Cup package via eSewa, Khalti, and the corresponding IPTV/cable operator.

But why do I need to pay a fee for this World Cup in Nepal?

That brings us to the main concern—why pay extra for this year’s World Cup while previous editions didn’t have any sort of additional charge? Let’s start with the basics then. Like any other major sporting event, FIFA licenses the regional broadcasting rights of the World Cup to different partners. The exclusive right to broadcast this year’s World Cup in Nepal is held by Media Hub.

However, if you look at the official media right overview of the Qatar World Cup 2022, you will notice that Media Hub did not get the license directly from FIFA but through Viacom18. Viacom18 is an Indian media network that secured the right to media rights to this year’s World Cup for the Indian sub-continent.

Any media that wants to broadcast FIFA World Cup matches in any country within the sub-continent, will have to get the rights from Viacom18. Avemore has done this in Bangladesh, Ary Digital in Pakistan, and its Media Hub, which holds the “exclusive” right in Nepal.

I’m emphasizing the “exclusive” part here because it’s what’s new this time around. In the previous editions of the FIFA World Cup, Nepali channels did not have exclusive rights. As a result, Sony network, which owned the right for India then, could broadcast it simultaneously with Nepali channels. Nepali broadcasters are also said to have run into advertisement-related issues back then. This all influenced Media Hub to go for the exclusive broadcasting rights for this year’s FIFA World Cup. So it’s not that hard to figure out that it comes with added costs.

The most expensive World Cup ever

As I mentioned in the beginning, the Qatar World Cup is the most expensive one in history. With total expenses reported to be around USD 220 billion. For reference, the last two World Cups in Russia and Brazil cost USD 11.6 billion and USD 15 billion, respectively.

This has a direct impact on the price of media rights. Sony got the digital rights to broadcast the World Cup in Brazil and Russia for a combined estimate of USD 80 million. But this year’s rights alone cost Viacom18 USD 60 million! And here, Media Hub has already paid around Rs. 25 crores ($1.8 million) to Viacom18 for the Nepal-exclusive right. Media Hub estimates an additional Rs. 15 crores to go into promotion and technical backbone.

Need for the Pay-Per-View (PPV) model

Usually, this kind of investment is recovered through sponsorships and advertisements. This is what Nepali broadcasters did before. And what Viacom18 will do in India as it plans to provide free World Cup coverage via Sports18 (channel) and Jio Cinema (OTT). Even so, the network is aiming for a revenue of INR 300 crores.

Over on the other side of the border, broadcasters are worried because of the declining ad revenue post COVID-19. As a result, Media Hub is opting for a Pay-Per-View (PPV) model for the Qatar World Cup. A first for Nepal. In this model, users pay a certain fee to unlock certain programs of their choice.

Is this paywall necessary? Can you bypass it?

Okay, let’s assume that Media Hub did not acquire the right to broadcast this World Cup. I mean, SAARC countries including Bhutan, Maldives, and Sri Lanka still don’t have local channels with broadcasting rights. Viacom18 can technically broadcast there since they have the rights, but the bigger question is, will they? These are rather smaller markets than India, with fewer revenue opportunities.

Also, it depends on Sports18’s coverage, which—unfortunately—is almost non-existent in Nepal. You can download the Jio Cinema in Nepal via VPN, but it would still require a Jio number that you can’t have in Nepal. 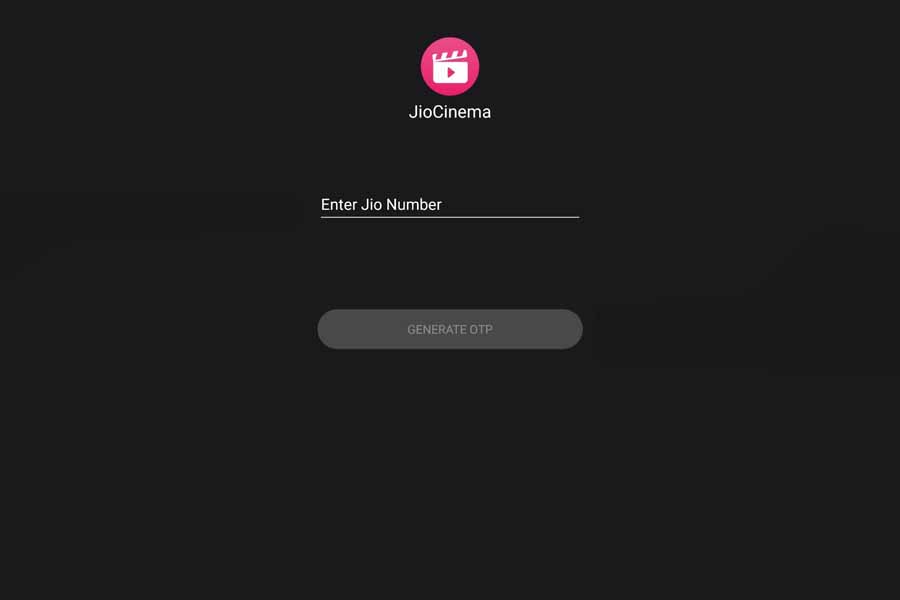 So, no third-party World Cup broadcasts in Nepal then? Even if Nepali channels were to bring the Sports18 channel under their package just for this World Cup, it’s hard to estimate what it would have cost them. In this context, a Nepali company getting the exclusive right to broadcast FIFA World Cup matches looks positive. Not only does it guarantee World Cup broadcasts, but it also gives them the opportunity to work on a pricing model that works the best for them.

But as evident from the aforementioned legal headaches (that have since been resolved), this is where Media Hub is getting the biggest criticism. Consumer rights activists in Nepal say the decision to hide the World Cup broadcasting behind an additional paywall (fee) is an unfair trade practice. Even when considering that a paywall for the Qatar World Cup was unavoidable in Nepal, the proposed fee seems a little steep for average Nepali households. And it should have been on the more reasonable side.

For instance, it is estimated that there are more than 1,000,000 active set-top boxes in Nepal. And just for the sake of math, let’s say each one of them purchases this World Cup subscription for Rs. 565, which amounts to over Rs. 56.5 crores. Obviously, not all STB users are going to care about it. But then again, it is also not fair to expect consumers to bear most of the cost since there will definitely be Nepali ads and sponsorships too.

And it doesn’t help that the fee only applies to a single STB only. If you have additional TVs you will have to pay Rs. 565 for each of them. That definitely doesn’t seem reasonable. I mean, even cable and IPTV operators discount the fee of normal channel packages on the secondary STB. Not to mention, you won’t be able to watch the World Cup matches on your NetTV and ViaTV mobile app even though you paid the fee since it applies to your set-top box only.

So, if you are traveling and want to catch some of the actions on the go, too bad. You can’t. Hopefully, both NetTV and ViaTV will give in to the criticism and enable streaming the Qatar World Cup in Nepal via a mobile app on OTT platforms. And according to Siddhartha Dhital (Marketing Director, Media Hub), they are indeed in talks with NTC and Ncell to broadcast this football World Cup in Nepal via their apps. Hopefully, this STB-only restriction will be resolved by November 20; and we’ll get to enjoy the matches on IPTV apps as well.