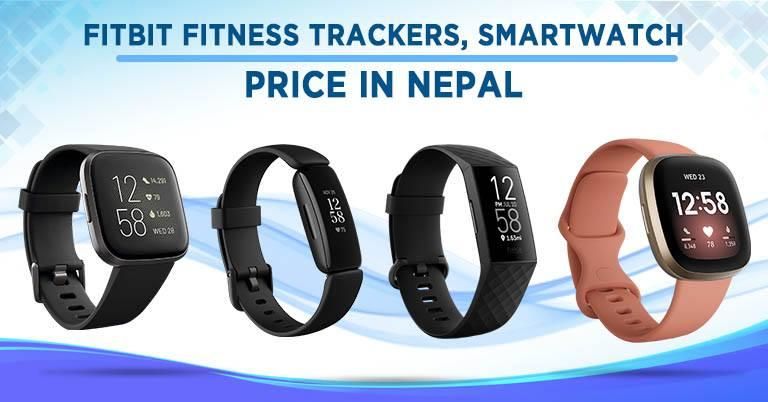 Fitbit is one of the most popular health trackers, smartwatch, manufacturers in the world. It has now officially re-entered Nepal by launching Fitbit Inspire 2, Charge 4, SE, Versa 2, SE, and Versa 3 on the Daraz 11.11 sales day. Let’s check out the specs, official price, availability of different Fitbit fitness trackers, smartwatch in Nepal.

Before that, let us first begin with a bit of background. Fitbit Inc. was founded in the year 2007. And it primarily manufactures activity trackers. Over the years, the company has gone on to become one of the leaders in wearable technology. Eventually, the company was acquired by Google in November 2019. The estimated cost of acquisition—$2.1 billion.

From a financial standpoint, it was a great move. However, the acquisition of Fitbit by Google was a concern for many. Primarily, people were concerned about the privacy of their data. Google and data privacy really don’t go hand-in-hand. Thus, it was a reasonable concern, on the customer’s part. However, having said that there have not been any reported issues regarding this topic. So, it’s just a point for concern for now and nothing more than that.

Inspire 2 is the latest fitness band from Fitbit. It was launched alongside the more-advanced Fitbit Sense and Versa 3. It has a monochrome OLED screen. Compared to its predecessor, it comes with Active Zone Minutes, improved design, and a brighter screen. It has 20+ exercise modes, advanced sleep tools, and 24/7 heart rate tracking. It also supports menstrual health tracking for women. Though it doesn’t come with as many sensors that other trackers in this list do, it has its own perks. For instance, with Inspire 2, users get a year of Fitbit premium trial. It also has the best battery endurance of up to 10 days.

Fitbit Charge 4 was announced as the successor to Fitbit Charge 3. The two bands sport almost similar designs with monochrome OLED screens. The highlight is that it comes with a built-in GPS. Thus, the tracker does not need to depend upon your phone’s GPS for accurate tracking. Other than that, it comes with Active Zone Minutes, 24/7 heart rate tracking, sleep monitoring, SmartTrack, and all-day activity tracking. The battery endurance is fairly impressive at two days. With the GPS turned off, it can last up to 7 days. However, with the GPS turned on, the battery will last only up to 12 hours. 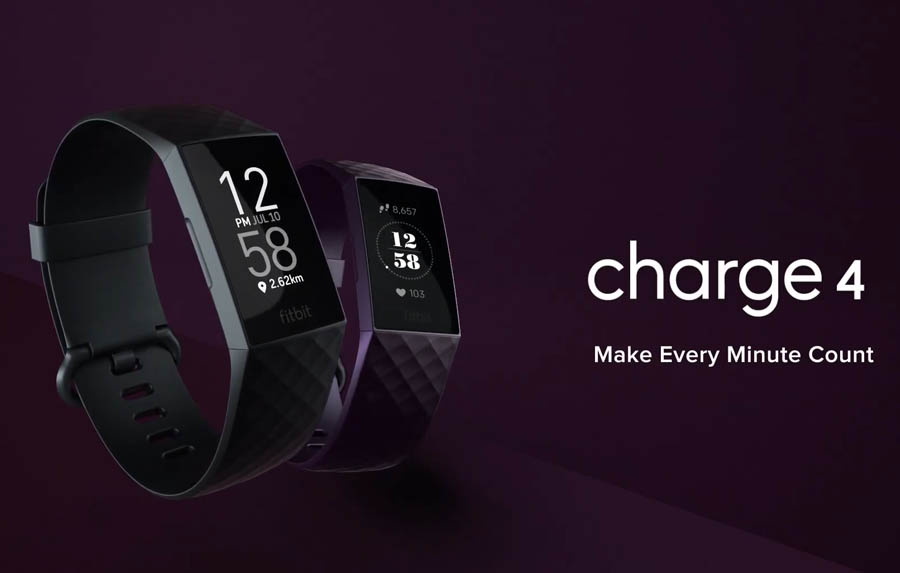 There is also a Special Edition of the Fitbit Charge 4. While the features remain the same between the SE and non-SE model, the former comes with a more fancy granite reflective woven band paired with a black tracker. Fitbit also throws an extra black classic band with the Charge 4 SE.

Fitbit Versa 2 was the successor of the original Versa. On its release, it had Fitbit’s first on-device microphone. It was also the first Fitbit smartwatch to come with Amazon’s Alexa voice assistant built-in. It has an NFC chip for Fitbit pay. Similarly, it comes with an always-on display, automatic activity tracking, PurePulse, 24/7 heart rate monitoring, GPS connection. 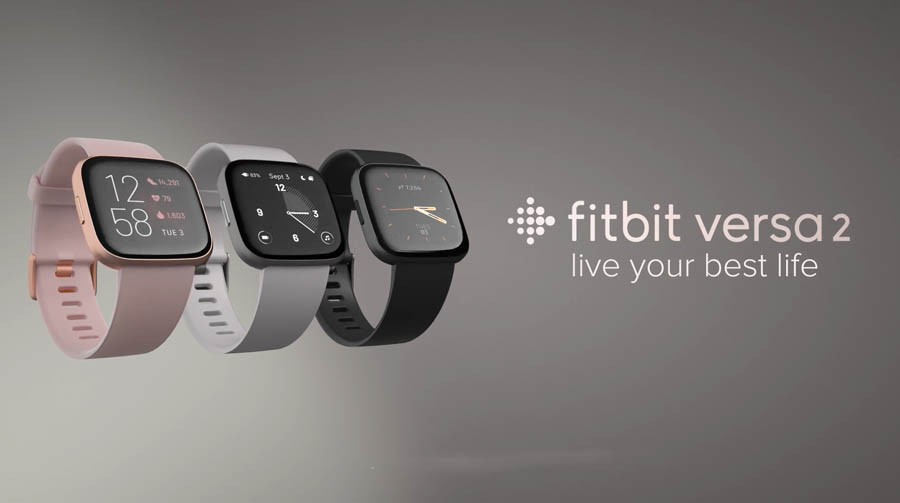 Users can also opt for the Special Edition of the Fitbit Versa 2. The Fitbit Versa SE comes with a woven band. It is available in two color options – Smoke Woven and Pink & Navy Woven. Fitbit throws an extra Olive Classic band with the former and a Navy Classic Band on the latter. That’s not all—with the Fitbit Versa 2 SE, users also get three months trial of Fitbit premium.

Fitbit Versa 3 is the latest member of the Versa lineup. It was launched alongside the Fitbit Sense but doesn’t come with the sensors that the Sense has. Other than that, the features are almost the same. Compared to its predecessor, it comes with an in-built GPS. Thus, it won’t be reliant on your smartphone’s hardware for location tracking. It comes with both: a microphone and a speaker. 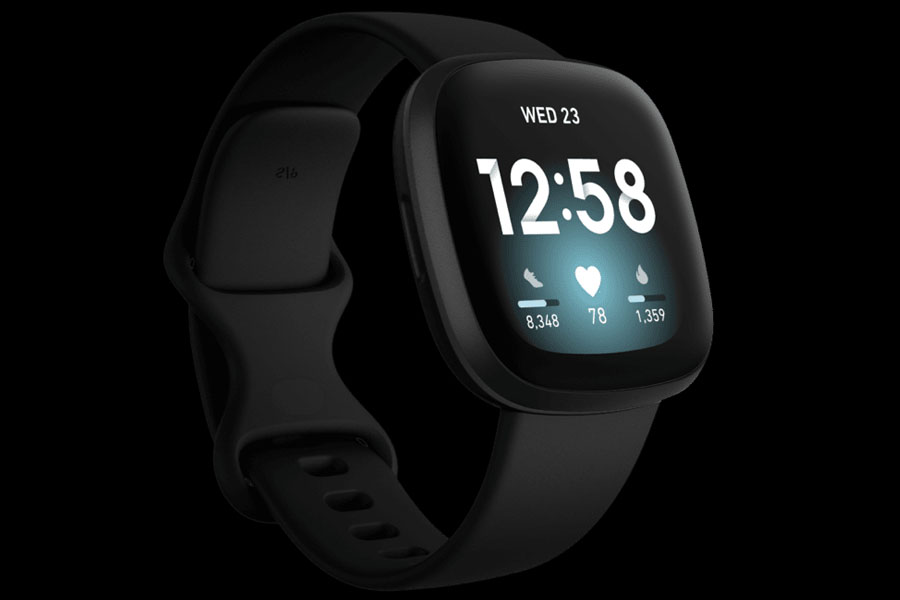 Fitbit Versa 3 will also receive an update that will allow users to take calls from the wrist. It is expected to arrive before the end of 2020. It is also the only tracker in this list to support fast charging.

Where to Buy Fitbit fitness trackers, smartwatch in Nepal?

Fitbit has officially re-entered the Nepali market on Daraz 11.11 sales day—this time, with Barun Enterprise, a subsidiary of Sharda Group, as the authorized distributor. The six products are exclusively available via Daraz. Besides the 11.11 offer price, you can also apply different eligible discount vouchers to further bring down the buying price. Admittedly, the price of Fitbit fitness trackers, smartwatch in Nepal is a little expensive compared to the western market. But, compared to India, it is actually quite competitive.