Teletalk Pvt. Ltd., the authorized distributor of Gionee smartphones in Nepal, has launched their flagship phone for Rs.37,999. The phone is now available for purchase all across Nepal.
(Update: Gionee S7 now priced at Rs.31,999)

Gionee Elife S7 is one of the thinnest phone measuring only 5.5mm thick, yet premium since the phone is build by aviation-grade alloy and a stainless steel sheet with nano-molding plastic making the phone solid and durable. It’s uni-body design consists of Gorilla glass 3 on the front and rear. The body has grooved sides, something Gionee calls a U-shaped skeleton.

In terms of display, Elife S7 sports a 5.2” AMOLED screen with 1080p resolution. It’s ACL screen technology is said to reduce the power usage by 25%. The 2,750mAh battery of the Gionee Elife S7 is aided by a number of power-saving features based on its research. It is powered by Mediatek’s new 64-but 1.7Ghz octa-core processor with 2GB RAM and 16GB of storage. It is a dual sim phone with 4G LTE capability. 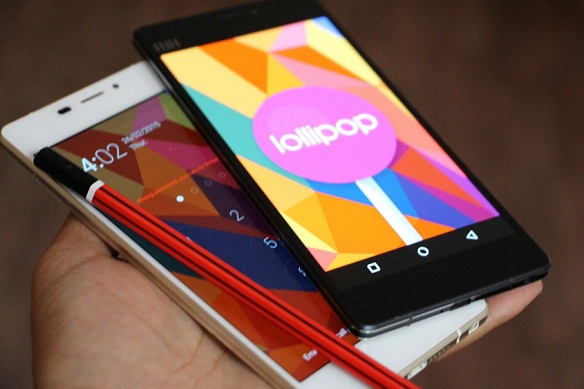 On the software front, Gionee Elife S7 is the first phone to come with new Amigo 3.0 user interface that is based on the latest Android 5.0 Lollipop. The device is powered by MediaTek MT6752 chipset which is made up of a 64-bit processor with eight 1.7GHz Cortex-A53 cores and Mali-T760 GPU with 2GB of RAM. Gionee says that the HPM technology enables the processors to run at a high speed allowing the performance on this phone to be smooth with very few lags here and there.
Gionee Elife S7 comes with a 13MP rear camera with Gionee’s new “image+” image processing system which enables the phone to capture 6 pictures in 1 second which is really impressive. What is even more impressive is that it can capture a picture with only 500 milliseconds, and its focus time is only 300 milliseconds. On the front, it has an  8MP selfie camera. The S7’s 8MP front camera incorporates intelligent Face beauty 3.0 technology with which the device can estimate peoples’ gender and age, and recommend the best over the face beauty effects for more natural selfie photos.

About the battery life, Gionee says that they have added a lot of optimization to this phone for better battery life with its 2750MAh battery. ACL technology used in its display reduces power consumption by 25%. There’s also a Dark theme, which further drops power draw by 30% compared to the default theme. A new sensor hub enables the CPU to wake up 20% less. Gionee estimates they have improved battery life by 32% and the phone should go for two days. Gionee has also included an extreme mode in case of emergencies, which restricts the phone features and gives 33hours of standby by freezing functions except calling and text messages to ensure basic communications on just 10% of battery. Gionee claims that they have broken the stereotype that a thinner phone always has a poor battery life, but we shall tell you that as soon as we get the review unit. So stay tuned!