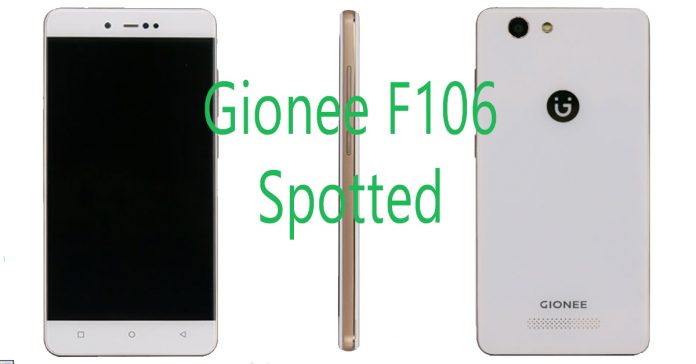 It looks like we will be seeing yet another phone from Gionee; because Gionee F106 was spotted on Chinese Telecommunication Authority’s website. The mobile can be seen on the certified mobile listing of TENNA (China’s Telecom). The price and release date are still unknown. Now, let’s look at the specs of Gionee F106 as per the listing.

Looking at the specs, Gionee F106 looks like a mid-range phone.