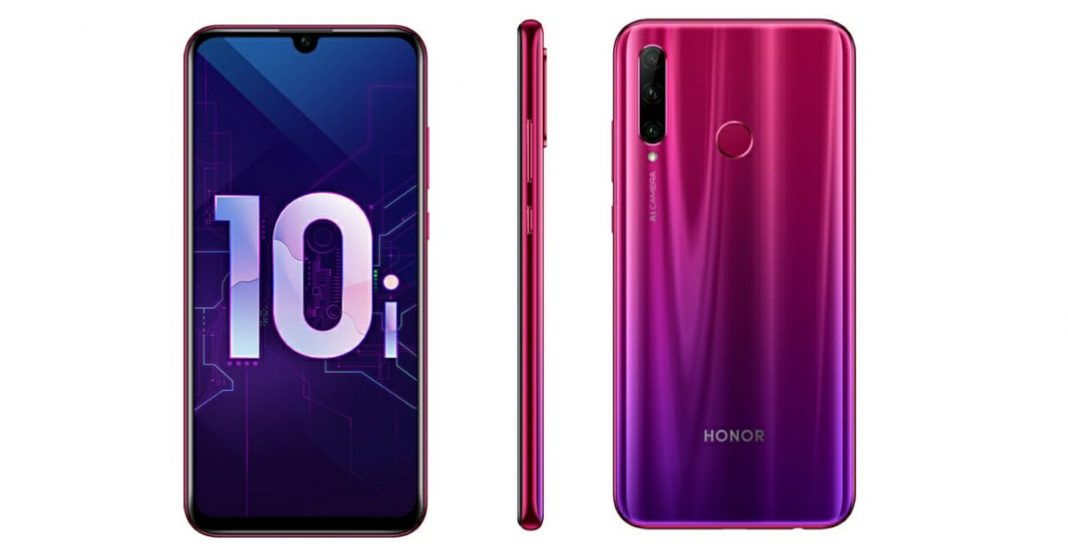 After Honor became an independent sub-brand of Huawei, it has become more popular among users. Introducing more aggressively priced phones in the market, the brand is doing quite well for itself. The Honor 10 was a phone that was well-received and had a few variants like the Honor 10 Lite, Honor 10 GT, etc. That was last year. And now, in 2019, they’re not done yet. Now, the latest variant to the surface is the Honor 10i. There are leaks and rumors surrounding the phone along with images.

As far as Honor’s mid-range devices go, this one has a plastic body as well. The body houses a 6.21″ Full HD+ display with a tear-drop notch up front. That kind of notch seems like it’s here to stay now. Also, the body has the mainstream two-tone gradient coloring. There are three color variants: red, blue and black.

Images show that there are three cameras at the back. The triple setup comprises of a 24 MP primary camera, an 8 MP ultra-wide angle camera and a 2 MP depth sensor. Up front, the notch houses a 32 MP selfie camera.

Inside, the Kirin 710 SoC is at the helm with 4 GB RAM. Also, you get a 128 GB internal storage along with expandable memory option. The device is powered by a 3400 mAh battery. Also, there is a rear-mounted fingerprint sensor.

The Honor 10i should be launching soon and running on Android Pie. What do you think of the Honor 10i? Is it just another mid-range in the myriad of them?