Home Honor Honor 20 series launched amidst the chaos: They have Google Apps! After much anticipation and, of course, leaks, Honor has finally launched its all-new Honor 20 series. This launch comes amidst Huawei’s current issues with the US Government and Google which was not discussed on the event today. The officials didn’t even mention anything about the software of the devices, which was quite odd. But yes, they do have google applications preinstalled!

Today’s launch event talked a lot about the design of the Honor 20 Pro, and I really have to say that it’s gorgeous. This device has a three-layered glass back that reflect a variety of colors when it hits the light. The names of the colors, the Honor 20 Pro comes with, is confusing, though. This device has a 6.26-inch IPS LCD punch hole display that has a decreased surface area than Honor View 20. With the size, this phone can be used with one-hand which is turning out to be a rarity as phones are getting taller.

The major focus of the Honor 20 series is the camera, and the 20 Pro has four of them. At first glance, the alignment reminded me of the Huawei P30 Pro‘s camera setup. This device has a 48-megapixel f/1.4 primary camera that has the same sensor used on the OnePlus 7 Pro. Honor boasted about the wide aperture and the sensor size of this primary camera at the event. There is a 16-megapixel wide-angle camera accompanied by an 8-megapixel 3x telephoto lens.

While other manufacturers opt for a depth sensor as their fourth camera, Honor has gone a different way equipping the 20 Pro with a 2-megapixel macro camera. This camera setup has received a score of 111 from DxOMark. For selfies, the phone has a 32-megapixel camera inside the punch hole.

The Honor 20 Pro runs on Android v9.0 Pie with Honor Magic UI on top as a skin. Honor has confirmed that this phone will feature google apps but the certainty of further updates is questionable due to the new trade war. 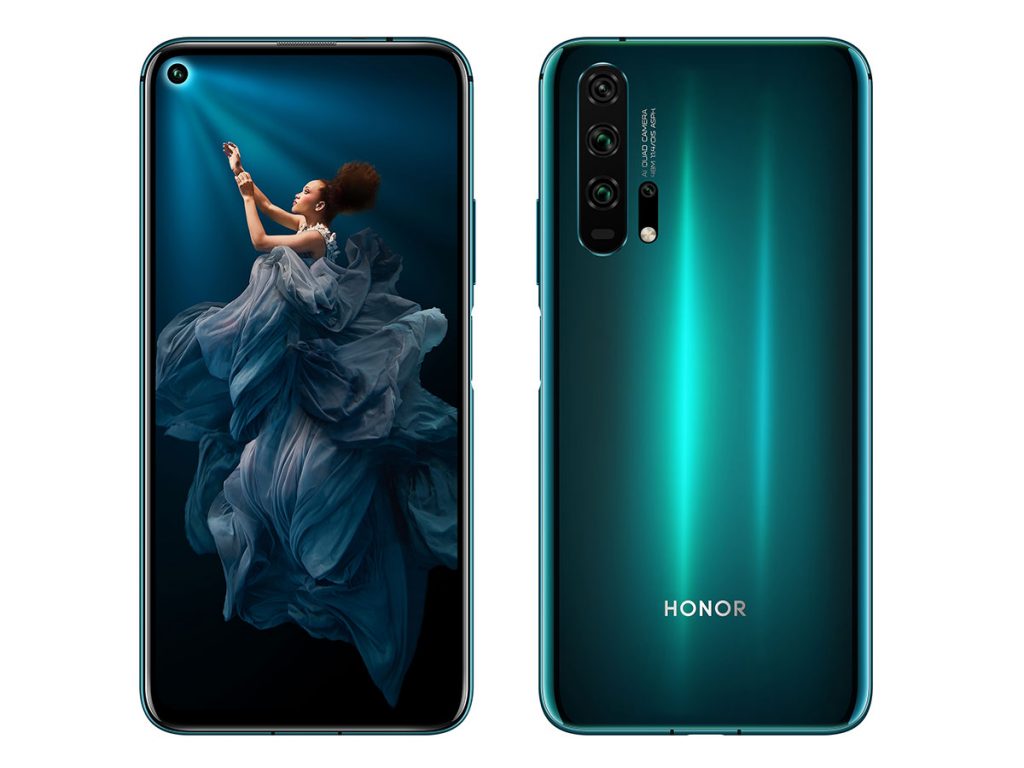 The Honor 20 Pro has a side-mounted fingerprint scanner that doubles as a power button. It comes with a 4,000 mAh battery that is supported by the 22.5W Honor SuperCharge fast charging technology. The company has claimed that it will charge up 50% of battery in just 30 minutes.

The Honor 20 is similar to the Honor 20 Pro in quite a lot of aspects but has a few subtle differences. It has the same 6.26-inch IPS LCD display with a punch hole on the top. The device is powered by the same HiSilicon Kirin 980 chipset but comes with 6 GB RAM. It has the same software configuration as well. The Honor 20 also has four cameras on the back. While three of those, the 48 MP primary, 16 MP wide-angle and 2 MP macro shooter, are the same, there is a 2-megapixel f/2.4 depth sensor instead of the 3x telephoto lens on the Pro model. The front-facing camera setup is the same as the 20 comes with a 32-megapixel selfie camera.

The Honor 20 is backed by a 3,750 mAh battery which is enabled with the same 22.5W fast charging technology. The device also features a side-mounted fingerprint scanner.

The last of the series, the Honor 20 Lite, is made with affordability in mind. The device is quite cheaper than its siblings but doesn’t compromise on quality. The Honor 20 Lite is actually the Honor 10i that was launched in March. 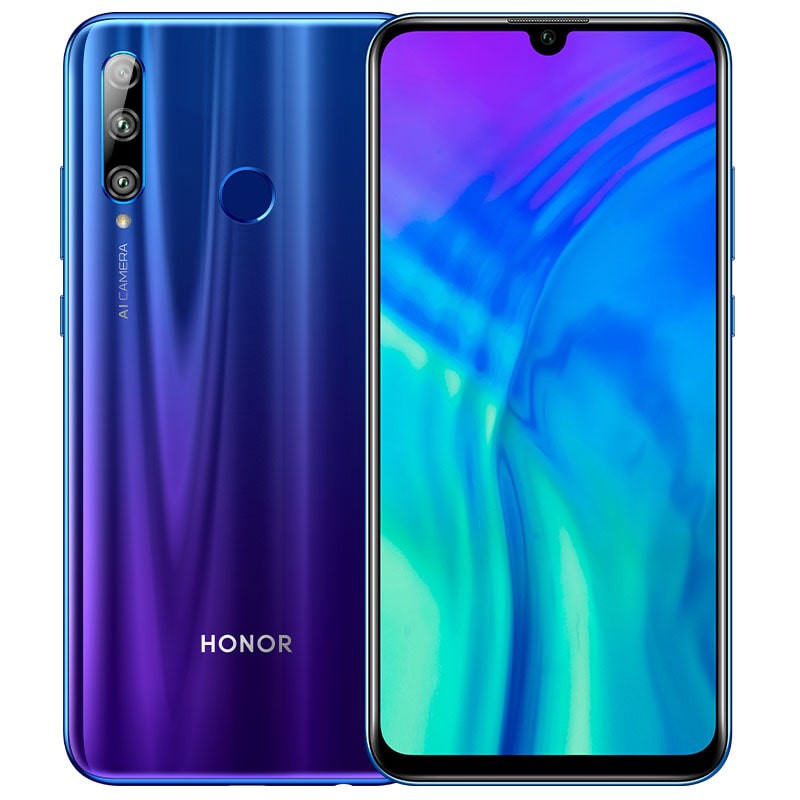 The Honor 20 Lite sports a 6.21-inch Full HD+ display that surrounds a waterdrop notch on the top. This device is powered by the octa-core HiSilicon Kirin 710 processor aided by Mali-G51 MP4 GPU and 4 GB of RAM. The phone also runs on Android 9.0 Pie like the other two Honor 20 devices.

The Honor 20 Lite comes with triple rear cameras. There is a 24 MP primary lens with f/1.8 aperture, an 8 MP ultra-wide camera, and a 2 MP depth sensor. Up front lies a 32-megapixel selfie shooter embedded on the notch.

The Honor 20 Lite has a 3,400 mAh battery. There is a rear-mounted fingerprint scanner on the device.