Honor has officially released the Honor 70 series of smartphones in China, with three models on sale in the market. While we have already covered the Pro models of the lineup, this post will go over the Honor 70’s specifications, features, availability, and expected price in Nepal.

The Honor 70 has a similar curved-edge design as its Pro-siblings. Yet, it’s the slimmest and lightest device in the lineup with 7.91mm of thickness and 178 grams of weight. The handset comes in four colorways: Blue, Black, Green, and Gradient shades with the latter boasting a diamond crystal-like pattern on the back. 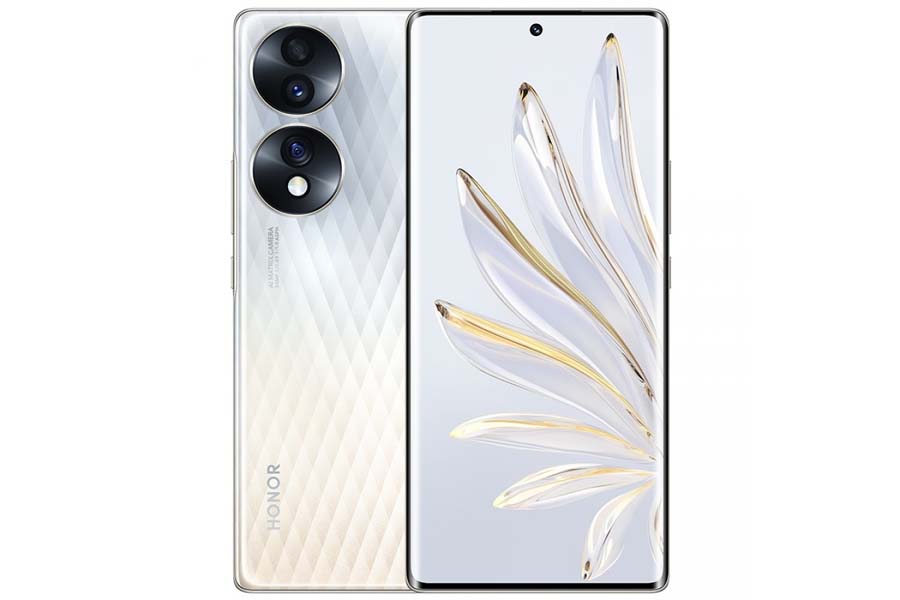 On the front, it flaunts a 6.67-inch OLED panel with Full HD+ resolution. Like the Pro variants in the series, this is a 10-bit display with a 120Hz refresh rate and 100% DCI-P3 color gamut.

The phone gets its sheer power from a Snapdragon 778G+ chipset coupled with up to 12GB of RAM and up to 512GB of storage. On the software front, it boots on Magic UI 6.0 based on Android 12.

Compared to the Honor 70 Pro and 70 Pro+, the vanilla 70 is packed with a somewhat bigger 4800mAh battery. However, the charging speed has been reduced to 66W.

Moving on, the smartphone has a triple camera setup on the back housed inside two circular rings and led by a 54MP Sony IMX800 primary shooter. This is accompanied by a 50MP wide-angle camera that also serves as a macro lens and a 2MP depth unit. On the front, there is a 32MP snapper for selfies and video calls.

Honor 70 Price in Nepal and Availability