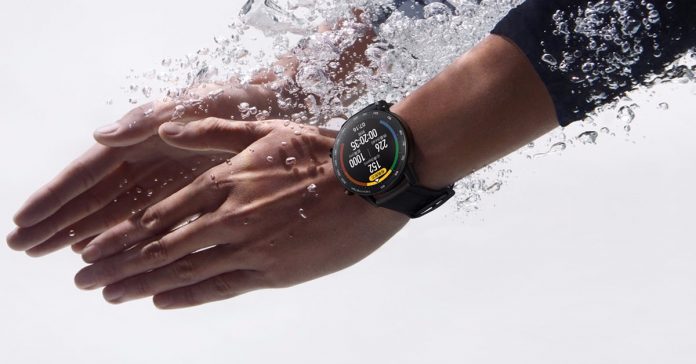 Bigger screen, better processor, and a bigger battery. Yup, that’s what the new Honor MagicWatch 2 brings for its faithful users. The MagicWatch 2 comes as a successor to last year’s MagicWatch, and trust me this time it’s bigger and better. And now, the Honor  MagicWatch 2 is officially available in Nepal for a competitive price.

For a start, the MagicWatch 2 has a 1.39-inch AMOLED display. It supports a 454 x 454 resolution. It is a major upgrade from its predecessor as it only had a 1.2-inch screen. However, people still have the option to buy a 1.2-inch MagicWatch 2 as it is there in the 42mm variant. For the bigger screen, you’ll have to get the 46mm variant. Both the variants are made of 361L stainless steel.

Other than that, the design seems similar to the previous MagicWatch. Two control buttons are still there on the right side and you get a tachymeter on the dial. However, on the 42mm variant, the tachymeter is absent from the dial. Nonetheless, the bezels do appear to be a bit thinner than the previous model this time.

Color-wise, both size variants come with two color variants each. For the 46mm one, the available options are Carbon Black and Flax Brown. And as for the 42mm variant, you can choose between Agate Black and Sakura Gold. Another major upgrade in MagicWatch 2 is the processor. It uses the new Kirin A1 processor for its functioning. This is similar to the one used in the Huawei Watch GT 2. As a matter of fact, both MagicWatch 2 and GT 2 have many common features. However, this one is marketed especially for youths.

Anyway, the use of this new chip brings Bluetooth 5.1 connectivity with it. This advanced Bluetooth connection allows the smartwatch to stay connected with your mobile even at a distance of 150m.

The storage option that you get with the MagicWatch 2 is of 4GB. Out of that 2GB can be used to create a playlist of around 500 songs. That might come in handy while exercising and you have no internet connection.

MagicWatch 2 packs in a lot of fitness features as well. There’s the 24-hour heart-rate tracking system, distance tracker, speed & calorie tracker, and lot more. The device will warn you if your heart rate is fluctuating between extremes. Furthermore, it will give its suggestions to you about maintaining calm if it senses. In addition to that, the sleep tracker will also monitor your sleep schedule and give suggestions respectively.

The watch comes with 15 fitness modes. It ranges all the way from hiking to rowing. The swim tracking feature seems especially intriguing. This mode helps measure your SWOLF score. Basically, it tells you the total number of strokes and seconds that you needed to complete one length in the pool. And don’t be afraid to wear it while swimming as the device is 5ATM water-resistant.

As for the battery, you now get a 455mAh battery on the 46mm variant. This battery lasts for a total of 14 days on a full charge. This claimed 2-week battery backup is based on 90min GPS tracking during workouts, 30min calls, and 30min music playback each week. So, Honor has provided the data that supports 14 days battery backup, thus hope that it truly works as claimed. However, the thing to be noted is that 14 days battery backup is only for the 46mm variant. With the 42mm one, you’ll only get a week’s use.

The Honor MagicWatch 2 price in Nepal is Rs. 25,999. This price is for the 46mm Charcoal Black variant. It is available from mobile retail shops all over Nepal.