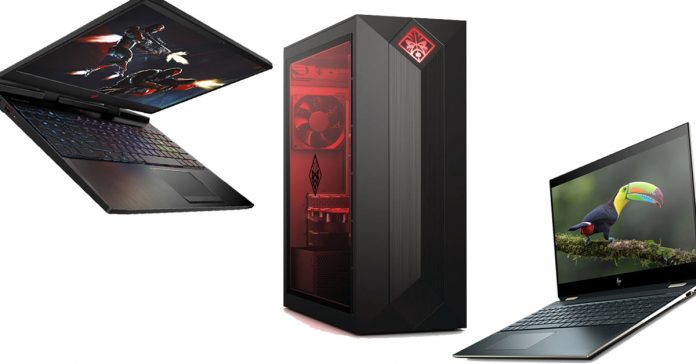 CES 2019 is not only about innovations and new stuff. It also means seeing a lot of old tech getting refreshed. Similar seems to be the case with HP. They’re not really introducing anything new like others are. But they’re actually upgrading their existing tech to make it better. Here’s what HP is up to in CES 2019.

The HP Omen laptops are pretty well-known when it comes to mid-range gaming laptops. And the Omen Laptop series has been updated quite a few times, which is obvious. And now, at CES 2019, the HP Omen 15 Laptops get the new RTX-series graphics.

The HP Omen 15 has pretty similar features otherwise to last years. It has a 15.6″ 1080 display with 144Hz refresh rate. The laptop is still powered by the 8th-gen Intel i7-8750H CPU which was refreshed last year, with 16 GB RAM, 128 GB SSD, and 1 TB HDD. The only difference is that it now includes NVidia RTX 2070 Max-Q graphics, which is a considerable upgrade over the existing GTX 1070 graphics.

And talking about the upgrades, HP is apparently upgrading the display too. While 144 Hz seems plentiful, it will actually address some demands and release the HP Omen 15 with a 240 Hz display later in mid-year. The pricing on that is not disclosed yet, but the one showcased at CES starts at $1369 and will be available starting February.

The HP Spectre x360 15 convertible is one of the company’s most well-received laptops. And as good as it is, it’s now getting better with an upgraded AMOLED display! OLED screens on laptops are not a new concept by any means as the HP Spectre x360 13 had one back in 2016, but this is the first 15″ laptop with an AMOLED panel. 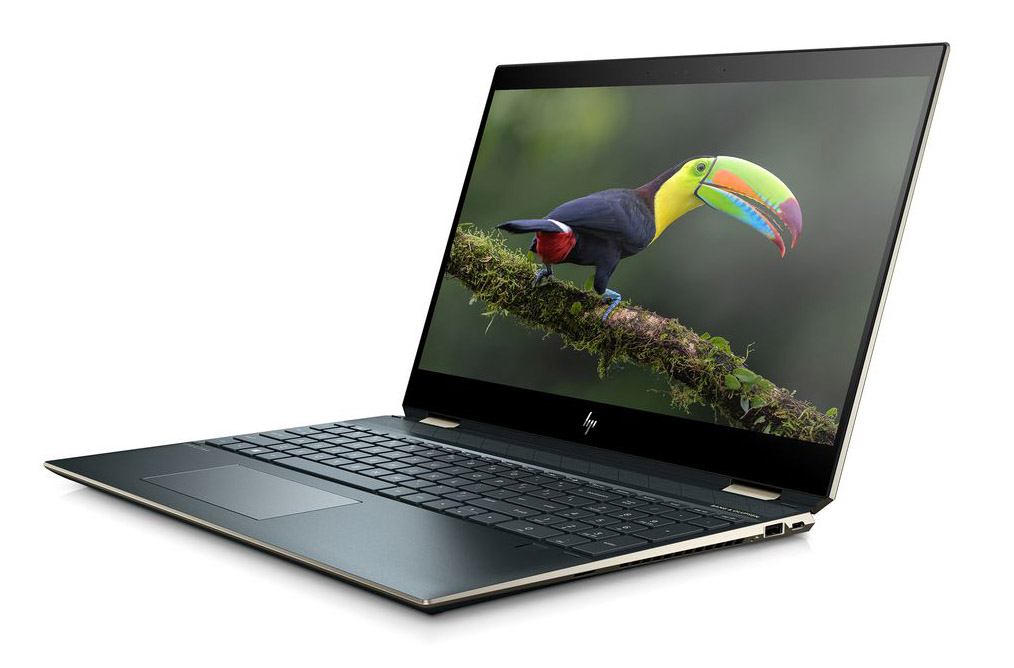 But there are no changes in any of the other hardware components. The laptop will be the same HP Spectre x360 we’ve been seeing with all the regular configurations i.e. it will come equipped with the 8th-gen Intel i7 processor, 16 GB RAM and 512 GB of PCIe SSD storage. The only new addition, is as aforementioned, a new AMOLED display.

The new addition is not a very big deal, but it does come with a lot of benefits. It will provide users with bright picture quality (400 nits) and good color accuracy (100% on the DCI-P3 color gamut), wide horizontal viewing angles, deeper blacks and faster response times (up to 1 ms). The display will also support HDR, but it is not clear as to HDR10 or Dolby Vision. Also unspecified is the resolution of the display, and the price of the laptop. But we can expect a slightly more increase in price than last years, I guess.

HP’s fully customizable gaming tower, the HP Omen Obelisk Desktop, with its starting price around $1000 was very appealing last year. And now, at CES 2019, the pre-built gaming machine gets a lot of upgrades, and can cost very well over $2200! But for that price, the desktop will be more powerful than ever before – with 9th-gen Intel Coffee-Lake processors, and top of the line RTX graphics! 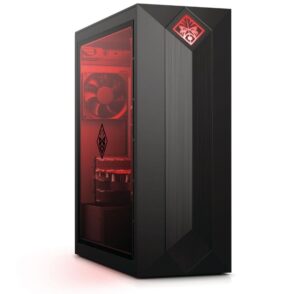 It also supports DTS Headphone X technology and 5.1 Surround Sound for better immersive audio quality. The Obelisk desktop also has an updated 750W Platinum PSU Dedicated Omen BIOS for optimal settings and Omen Command Center Software with CPU Overclocking Support. With these upgrades, the HP Omen Obelisk will have a starting price of $2249, but this is actually cheaper than the likes of Acer Predator Triton 900!

This is not an upgrade from HP, this is something entirely new. And it is as scary as it is exciting! The name it itself packs quite a lot of weight, and it is something that HP teased a year ago. The HP Omen X Emperium 65 Gaming Monitor is HP’s first NVidia BFGD (Big Format Gaming Display) display for gaming. And it looks promising enough to provide one of the most immersive gaming experiences ever. 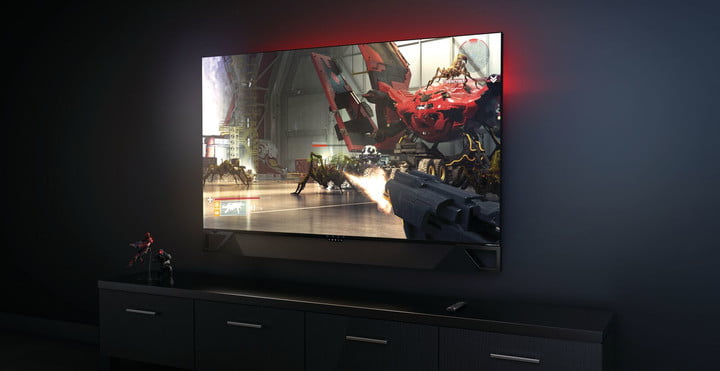 While there are many other such large displays, particularly TVs that play 4K (now even 8K), this one is built with gamers in mind. This gaming monitor is basically a 65″ screen with 4K resolution, 95% DCI-P3 color accuracy, a 144 Hz refresh rate, and NVidia’s G-Sync. And being a BFGD, it has a full-size DisplayPort port that can push out higher frame rates along with 4K and HDR; as opposed to present screens with HDMI 2.0 that support HDR and 4K but cannot play content higher than 60 fps.

The monitor features HDR 10 support, with an acclaimed peak brightness of 1000 nits brightness, and a standard 750 nits, and full array local dimming. Another exciting feature is it’s soundbar – with 3 stereo amps at 120 watts and motion-activated port lighting. With that, when you play games on it, you might feel as if you’ve dropped into a real battle arena.

The display also comes with a built-in NVidia Shield set-top box, so, you’ll have Android TV and Chromecast support as well. So, basically, a 4K TV if you’re not gaming in it. And that should be a feature, as this costs a scary $5000! We are yet to see it in action, but maybe we will soon find out.

So, that’s some of the major highlights from HP this CES 2019. The most exciting for me is the HP Obelisk desktop. Which is your favorite one?