Home HTC HTC U11 is now official with Edge Sense! Today is 5.16.2017, the date that has been long reserved by HTC as the announcement of its 2017 flagship, the HTC U11. Now, the HTC U11 is now official with expected edge sense technology. If you are confused with this naming scheme from HTC. It is due to the fact that, this phone shares design language with HTC U-series smartphones and is a true successor to last year’s HTC 10. Let’s take a look at what new rival of Samsung Galaxy S8 and the LG G6 has to offer. 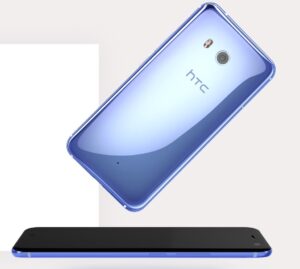 Before digging into the phone’s specifications, let’s talk about the design first. The phone comes with glossy and well-curved 3D glasses both on the front and the back. The glasses blend with the middle frame seamlessly. This liquid surface design of the phone has taken serious influence from the last HTC U-series phones. So, without a doubt, the HTC U11 is one of the best looking phones of the year. 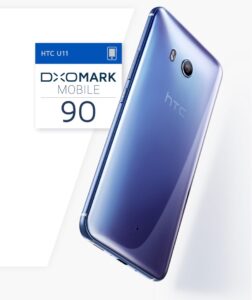 The specs of the phone do match with the rumors we shared a couple of weeks ago. To mention, the phone comes with 5.5inch QuadHD Super LCD5 display protected with 3D Corning Gorilla Glass 5. Like other flagships of 2017, the phone is powered by Qualcomm’s latest SnapDragon 835.  On the memory side, it has 4GB RAM and 64GB expandable storage. However, another variant of the phone with 6GB RAM and 128GB storage will also be available but is region dependent. The company is claiming for the phone to provide great camera experience with 12Megapixel Dual Pixel focusing camera unit on the back and 16 Megapixel selfie camera that has been optimized for better low light performance. The phone runs on HTC sense UI based on Android 7 Nougat. Power the device is the 3000mAh battery that does support Quick Charge 3.0 but no wireless charging.

The phone does come with few extras like 360 sound recording. Though the phone, with HTC Usonic, has ditched the 3.5mm headphone jack, the noise canceling earphone comes inside the box of the phone. Plus, the company has packed USB Type C to 3.5mm converter as well. This noise canceling earphone doesn’t have a battery of itself but relies on the power of the phone. So, if you keep listening to the music for long using the earphone, the phone’s battery performance might suffer a little. There are some other highlighted extras that will be coming with this IP67 water and dust resistant phone and they are: The most highlighted feature of the phone is its new Edge Sense Technology. The manufacturer has managed to place pressure sensors along the lower half of the phone’s edge that senses different pressure levels. How this works is, if you squeeze the phone then you can launch the camera or it could be any of your favorite apps. While in the camera app, you may give a quick squeeze to swap the camera in use and you can click a photo or selfie by long squeezing. These can be changed from the app named “Edge Sense” that will be available on the phone with its next update. HTC says the user can change the way they want to make use of this feature and this squeeze feature can be enabled to perform different functions even inside of the third party app.

Inclusion of both Microsoft Alexa and Google Assistant

The phones come with not just one but two AI assistants. Along with the Google Assistant, Microsoft Alexa can be enabled on the phone. Both the assistants will be active and the users may choose whichever they prefer. Additionally, the HTC’s own AI HTC Sense Companion will also reside peacefully along with those two other AI. Therefore, the phone doesn’t come with not two but three AI assistants in total. 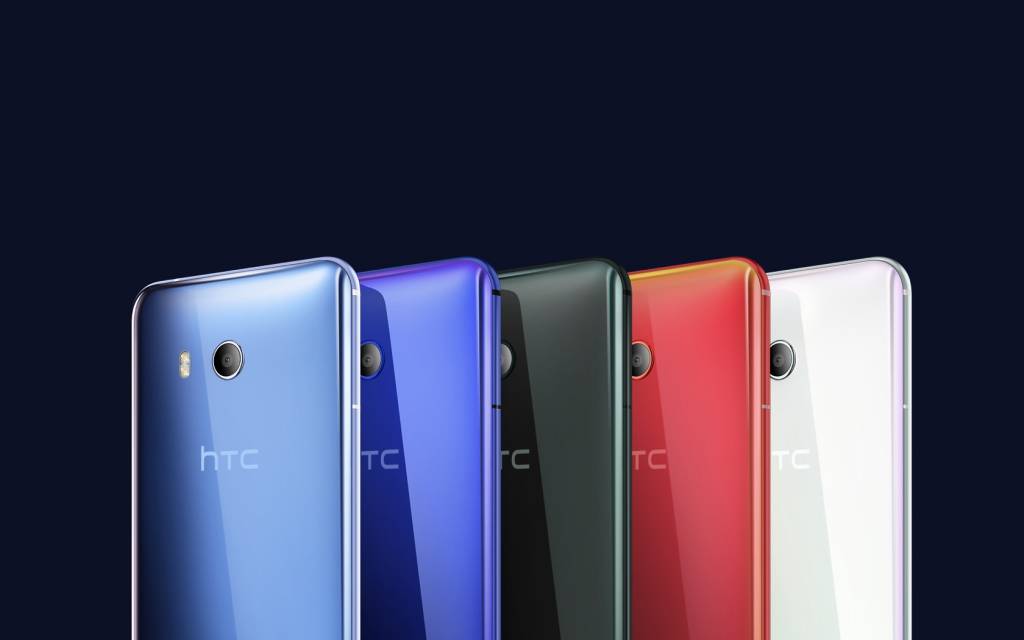 Well, this Edge Sense technology that HTC is embracing in its flagship phone does seem to have some potentials. But its effectiveness depends on whether the users find it interesting and handy or not. So, it will be too early to judge the feature for now. However, the rest of the specs of the phone seem top notch. Plus, the refreshed design in HTC’s flagship is gaining praises worldwide. Hence, the phone can be considered as a possible rival to Samsung Galaxy S8 and the LG G6.