Home HTC HTC Wildfire R70 announced with the most modest of specs! 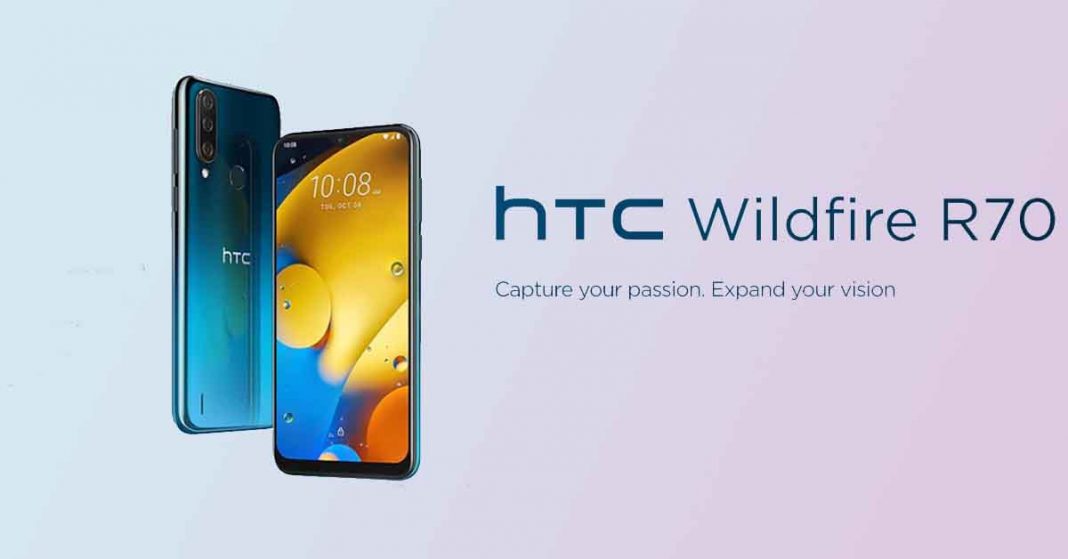 These days, the smartphone business isn’t among the priorities for HTC though they are still announcing and launching them. The last phone by HTC  was the Wildfire X which was launched only in India and Thailand. Back in 2019, CEO Yves Maitre hinted at some activities in the smartphone segment as he announced that HTC will launch its first-ever 5G smartphone in 2020. While it may still be in progress, HTC has announced a new device called HTC Wildfire R70.

HTC WIldfire R70 comes with a 6.53 IPS LCD panel with an aspect ratio of 19:5:9. It packs in a total of 720 x 1650 pixels. The display comes with narrow bezels except on the chin where the bezel is more profound.

The phone is powered by Helio P23 chipset which by today’s standard is very old and we doubt if it will be able to make a mark in today’s competitive market. There is 2GB of RAM and 32GB of internal storage onboard. If that isn’t enough, users will be able to expand the storage using the microSD card slot. 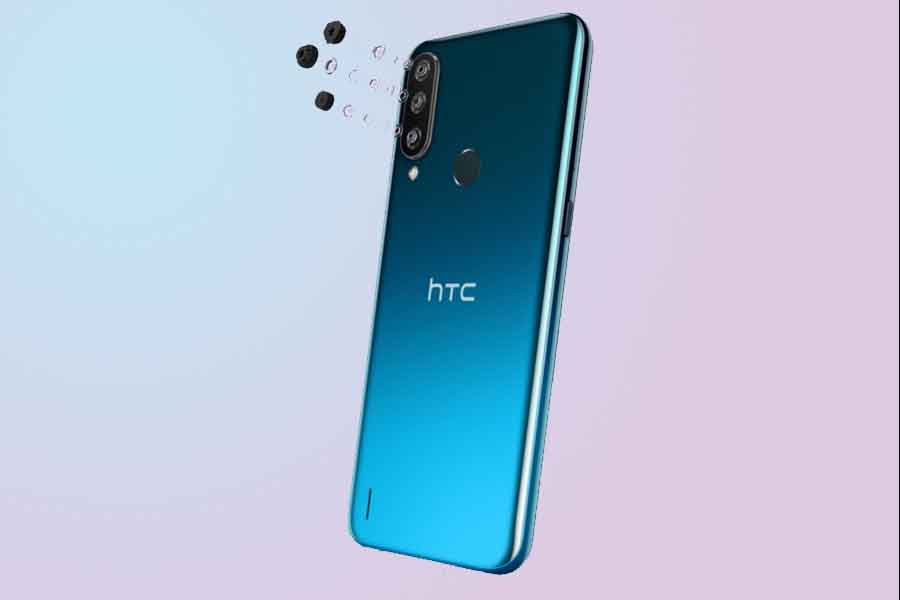 It’s the camera department of HTC Wildfire R70 that is making all the sound. There are three camera sensors arranged vertically at the back of the device. The LED flash is just below them. The main camera uses a 16MP sensor with 1.4-micron pixel size and f/1.75 aperture. With such pixel, theoretically, it should perform well in dark and low lit areas. The main camera is accompanied by a 2MP macro lens and a 2MP depth sensor.

The rest of the specs is pretty standard, if not disappointing. It comes with a 4,000mAh battery with 10W fast charging support. But the port here is a micro-USB port. It ships with Android 9 with HTC Sense UI on top. Connectivity-wise you get a dual 4G vote, Bluetooth 4.2, Wifi 802.11 b/g/n and 3.5mm headphone jack. There is also a rear-mounted fingerprint sensor for security.

Also, check out specs of OPPO A31

Just like the HTC Wildfire X, the Wildfire R70 will only be available in the Indian and Thai markets. As of now, HTC hasn’t revealed anything about the prices, however, HTC will have to keep it extremely low as the competition even in entry-level is surreal these days.

Also, check out our review of Rode VideoMic NTG!