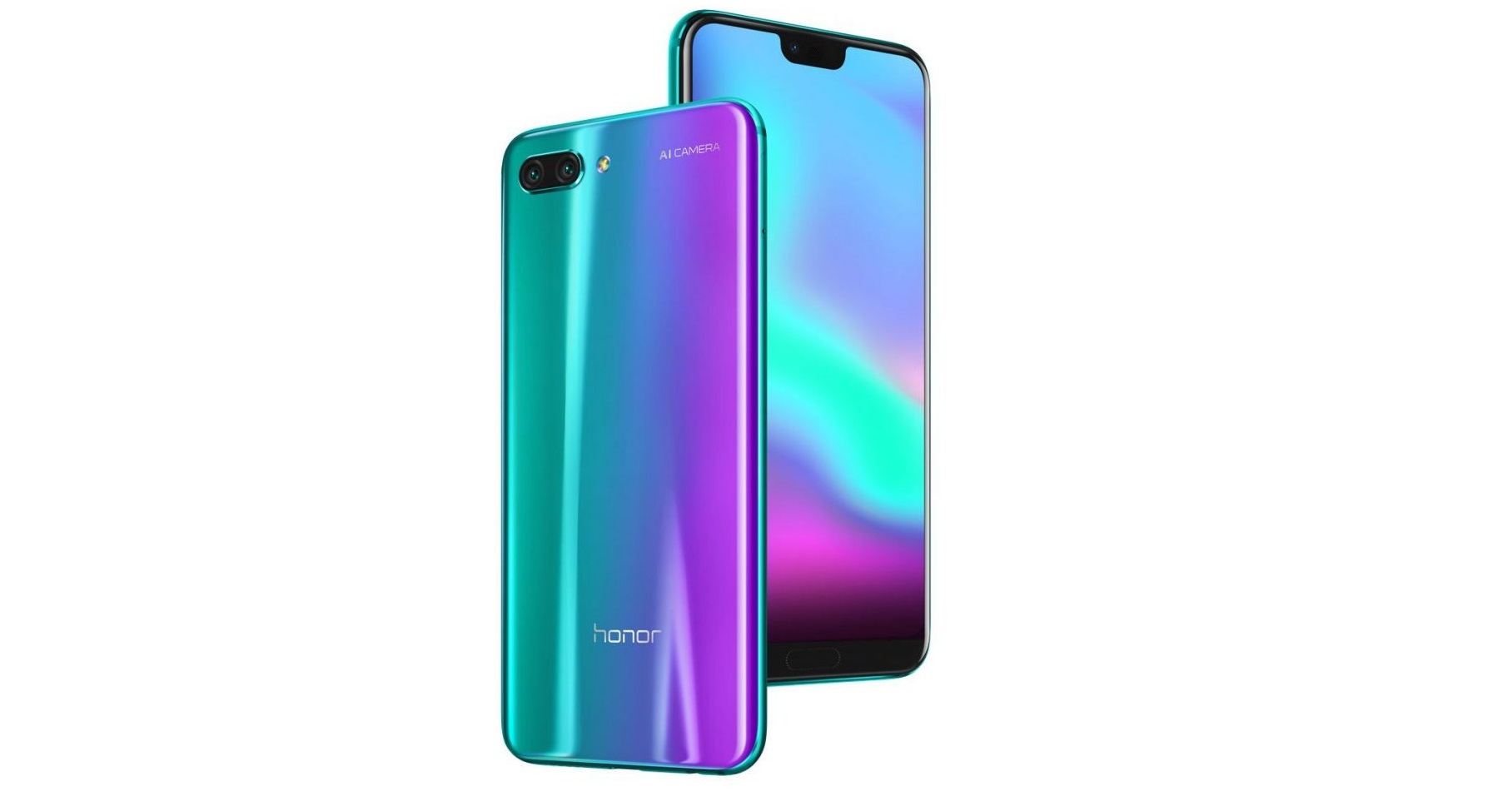 Much read and said about the notch on smartphone displays, the smartphone manufacturers have not yet stopped introducing the smartphones with a notch. This time, honor joins the league. The sub-brand of Huawei unveiled the Honor 10.

At the launch event, representatives of Honor said that the smartphone was designed or ‘crafted’ with much focus on aesthetics. The Honor 10 has an IPS LCD panel with full HD+ display (1080 X 2280px). While talking about the outlook, the back is coated with aurora coated panel which is a color shifting. This is one thing that we are really looking forward to. The smartphone carries dual rear cameras on the left placed horizontally and the fingerprint sensor is placed right below the screen.

One of the fascinating aspects of the Honor 10 is its chipset. The Kirin 970 is said to be the one for flagship smartphones and is Huawei’s own product. The SoC introduced on the Q4 of 2017 also has AI (Artificial Intelligence) capabilities. It has a dedicated Neutral Processing Unit. It has proved out to be worth it through various benchmarks as well.

Richard Yu, CEO of Huawei Consumer Business Group said, “The Kirin 970 is the first in a series of new advances that will bring powerful AI features to our devices and take them beyond the competition.”

Furthermore, the Honor 10 has 6GB of RAM and 64 GB of internal storage. But, it disappoints us big time that it doesn’t consist of a Micro SD card. It has a 128GB variant as well, that means we will not miss on much. But the flexibility that a Micro SD card slot brings in terms of storage will be missed.

The Honor 10 runs on Android Oreo 8.1 which most of the smartphones on 2018 are running on.

Moving on, the Honor 10 follows the league of smartphones that dissed the 3.5mm headphone jack this year. On the brighter aspect, it has a USB type-C port which means the fast charging game would be strong also, it packs a 3,400 mAh battery.

The Honor 10 is similar to Huawei P20 in many aspects but the smartphone’s specifications are quite promising. It comes in Black, Blue and Purple colors and is priced at US$ 412 for 64GB storage version and US$ 477 for the 128GB. You can order the phone starting from today till April 26th if you are in China. The launch and its availability in Nepal has not been revealed yet.