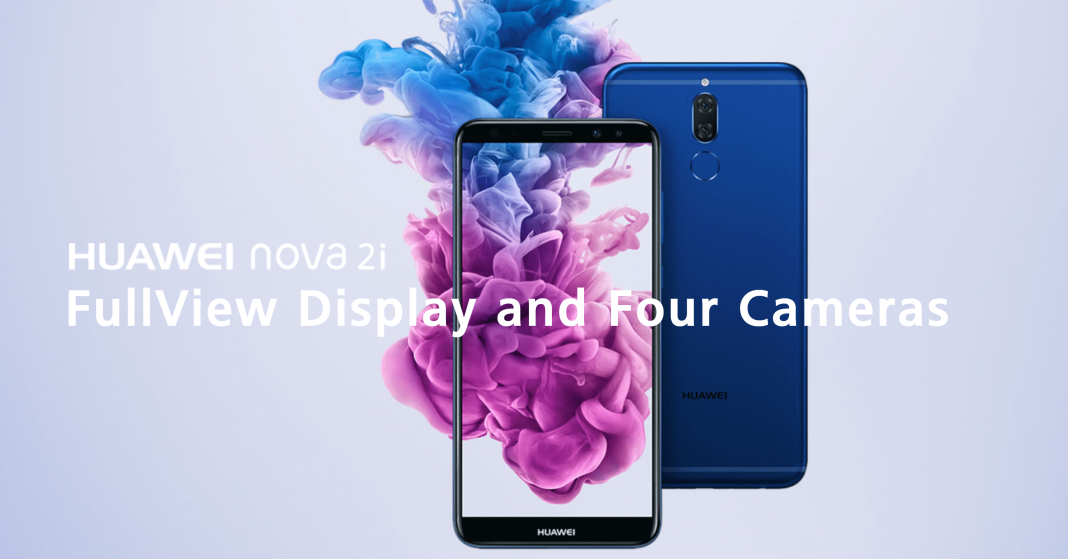 The specifications of the Huawei Nova 2i was unveiled last month with a speculation that the phone will hit the Nepali market by the end of 2017. The news holds true and the device is to launch in Nepal in around the month of November 2017. The major features to look for in this phone are the near bezel-less design, the four cameras and 18:9 near bezel-less display among others.

Update: Huawei Nova 2i launched in Nepal for Rs. 33,900. Read more here at this link to find out other details.

Talking about the display, Huawei Nova 2i comes with a 5.9 inch IPS display that has a resolution of 2160×1080 pixels. It holds an aspect ratio of 18:9 which can work well for one hand usability, reading web contents and multitasking on split screens. Many smartphone manufacturers have started going for this trend and it seems like Huawei, with the introduction of Nova 2i has taken a leap forward. The device, with a bezel-less display, may be a major attraction.

Another solid feature in Huawei Nova 2i is the 4 onboard cameras. It packs a combination of 16 MP+2MP cameras with f/2.2 with LED flash on the back and 13 MP+2 MP cameras on the front. It comprises of a feature to readjust focus after you shoot and also allows you to choose between different Bokeh effects.

The phone is powered by a 16nm Huawei’s in-house Kirin 659 Octa-core chipset clocked at 2.36GHz and ARM Mali-T830 dual core GPU. Further, it packs a 4GB RAM and 64GB internal memory that can be expanded up to 128GB using microSD card.

On the software side, the Huawei Nova 2i runs on Android 7.0 Nougat with emotion UI 5.1 and is powered by 3340 non-removable battery and offers hybrid dual sim slots. It showcases sensors like Proximity sensor, Accelerometer, Compass, Ambient light, Barometer, Fingerprint sensor, etc.

Huawei has a good market presence in Nepal and with all the new attractions the company is bringing about in its new releases, it surely plans to stay and grow.

The Huawei Nova 2i, with some unique features, may be an attractive mid-range phone. However, to be certain for it, we will have to wait until it arrives.