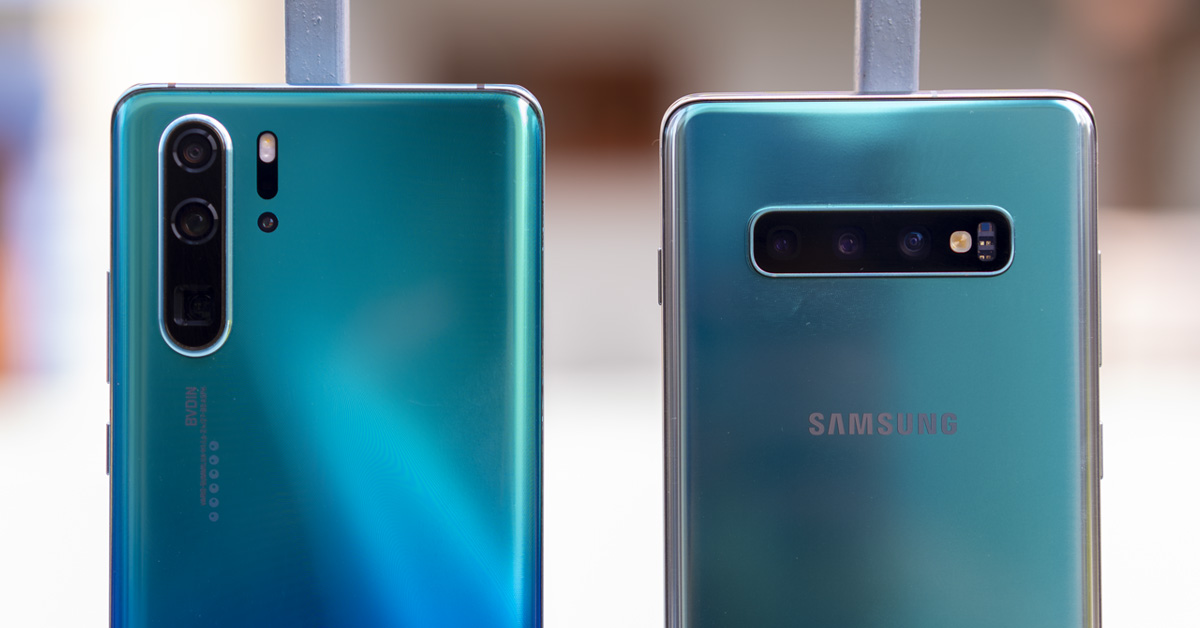 The Huawei P30 Pro’s been gathering quite the attention with the cameras it’s packing. And comparing its cameras to the GalaxyS10 or S10 Plus has been the hot topic these days. And most of these comparisons have been yielding the same result, people – the P30 Pro does better in some aspects while the S10 shines out in another. One of the aspects, however, was the low-light images, or the Night mode. And we compare both the phones in those aspects in Huawei P30 Pro vs Samsung Galaxy S10 Plus Night Mode.

With the latest update on the S10 series, it made the Night Mode on it a dedicated feature. Samsung devices previously had this feature as Bright Light, which was under Scene Optimizer. But now, it’s right there in the Camera UI for convenience. And that was necessary because other rival flagships all have that feature.

Google Pixel 3 and the Huawei P30 Pro’s Night Modes have gathered quite a bit of attention from all the photography enthusiasts. And I thought, maybe the S10 stands a chance to be there with the champions, too. So, I tested out the new night mode on the Galaxy S10, and compared it with the P30 Pro as it is, right now, the “Night King”!

A bit of clarification here. I took some samples in a tough condition. There was just a tiny amount of light, and here’s the first image. If you need any justification to see the clear winner, check out the details on the shot from the P30 Pro.

In our daylight camera comparison, we did on the P30 Pro review, the S10+’s details were no match for the P30 Pro, and the same is the case here. Check out the area right below the gate, you can definitely see things clearly on the P30 Pro. As for the S10, well, the only thing that pops out on this first photo is the colors.

On the 2nd photo too, the S10+ brings in better colors than the P30 Pro. The P30 Pro has this tendency of whitening certain aspects of the image, or sometimes all of them, and you can see that too in some of the samples. What the P30 Pro does best, yet again, is the detail. And I for me personally, the sky looks better on the pictures from the P30 Pro as well. But if you want a more natural looking image, the S10 Plus seems a bit better.

If you want to see the color thing I was talking about here’s the example. The blue color on this house here is more pronounced on the S10+, while the P30 Pro seems a bit washed out.

The 4th image in my comparison reveals the ugly side of the P30 Pro – how it massacres the natural lighting with its tendency to overexpose stuff. Galaxy S10+ on the other hand, does it better, by balancing it out. Here, too, the details from the P30 Pro takes the cake, but if you look at the overall image, the S10 simply does it better.

But here’s something that makes the difference between these two phones clear as day. Check out the background of this image. And check out that contrast on the photo. Wow, the P30 Pro can really shine in the night time! The details, the contrast, the exposure, everything is well done in this photo here, and it’s one of my favorites of the bunch. Here, too, the S10 does the colors well but fails in details and contrast.

Here are some other photos for you to see. In all of these images, the difference is clear. If you look for colors, the S10 Plus does it better…but there are more elements visible on the P30 Pro. More details, and less noise. And I think, that is the point of having a Night Mode, isn’t it?

One thing I noticed, however, is the P30 Pro does something with these small light sources. Check out the lamps, for example. The P30 Pro tends to throw some light beams around – making it kinda dance all over the image. The S10 Plus doesn’t do that…and yet if you look at this image, the P30 does the better job despite its “dancing lights”.

However, when it comes to human subjects, the S10 has the edge. P30’s tendency to apply this whitish effect on the images makes for a bit colder skin tones, while the S10 gives more natural looking faces. And if you want to take others’ photos at night, S10 is the way to go.

And, here are other images where the P30 Pro clearly shines. It has better details and better exposure. Granted, the colors look better on the S10 Plus, but there is still a bit of noise present in the photos. The reason for that is the S10 Plus detects the amount of light and decides its own time for a long exposure…while the exposure time on the P30 Pro is always the same.

If you look at this image, noise, and grains are seen on the sky on this photo. The S10+’s image looks a lot darker than the other one. The P30 Pro has done quite a work to handle the light sources too. Check out that light on the terrace.

Speaking of light, this image on the P30 Pro is really lighted up for something that was taken late in the night. But it looks a bit blur. This happened once or twice as the night mode pictures take several seconds to capture. It is what you have to pay to get a good shot during night time.

I’ll put it there right away. Even in the night mode, the S10 and the P30 Pro are winners in their own aspects and mostly tie up…mostly! But if you look at all the things, the P30 Pro is the winner, here – albeit by a small difference.  Still, the Galaxy S10 did a commendable job – even after receiving the Night Mode update only recently. And it’s a first generation feature on a Samsung device, so, needs to improve.

Huawei, however, brags about the P30 Pro camera’s night capability, and as much as they can prove it, they still need to improve some aspects. This was a camera that beat the Pixel 3 in this regard. Even in the dimmest of light, the lenses on the phone do great work in preserving the overall details of the images, all while controlling the noise and grains. But its tendency to overexpose and throw the lights around makes it take some strange night shots.

So, my verdict stands –  P30 Pro wins, however, the S10 is very close behind. If the trend continues, and Samsung improves on this, we might even see a new Night King down the line.