Home Reviews Huawei Y7 Prime Review: Back to Square One

The launch of new smartphones often brings excitement among the smartphone enthusiasts. And like always, a new mid-ranger from Huawei, dubbed with Huawei Y7 Prime brought a similar feeling among us. Tagged with the price of Rs.24,900 Huawei Y7 Prime comes with the primary focus on the battery. Huawei is renowned for the decent specs and superior performance even on low and mid-range phones providing a proper value for money and for this reason, the brand has a stronghold on Nepali smartphone market. But will this newbie help the Huawei to continue the trend? Will this device provide the promised specs and performance? Let’s find out in this review.

Huawei Y7 Prime has a plastic back enclosed inside a metallic frame. However, the device has been cleverly and convincingly designed and colored to give the looks and feel of a metallic body. 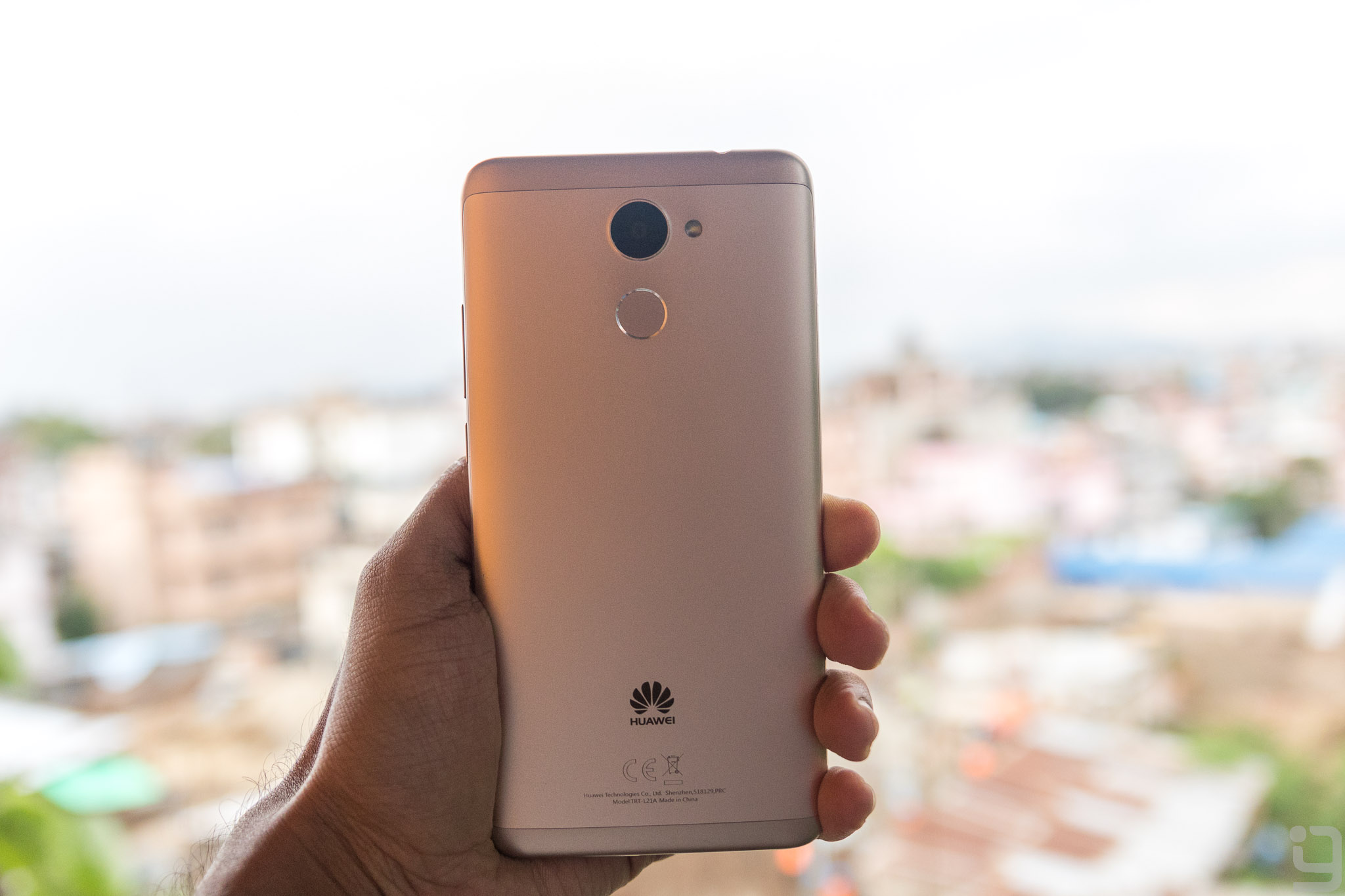 The device felt premium on the hold but because of the metallic edges, the device frequently slipped through my hands on the use. The design also includes a generous amount of bezel on the chin, which is so unconvincing for the phone with on-screen buttons. Y7 Prime carries a 5.5-inch IPS display with 2.5D curved glass toppings. The display lacks protection and I opted to use a screen protector so I could not go to feel the curvy edges on the phone. Gaming and multimedia is not quite enjoyable on the phone with a huge screen and lower resolution and Y7 Prime has not been an exception. So the 720p resolution has been the major disappointment on the phone. The phone has power and volume rockers on the right and SIM+SDcard slot on the left. There is a place for the 3.5mm headphone jack dwelling on the top edge of the phone. For the charging, the device has micro USB 2.0 port on the bottom edge with speaker grills on the left and right. However, sound output only comes from the right grill. The output sound quality is decent and loud. On the top, there is a tiny LED, which blinks alerting about the notifications. Talking about the sensors, Huawei Y7 Prime inherits Fingerprint, accelerometer, ambient light, proximity and compass sensors. The fingerprint sensor is the most impressive piece of hardware on the phone, which resides on the back. The Fingerprint on the phone is accurate and unlocks the device without a hitch. In addition, it can be used to snap photos, read notifications and swipe files in the gallery. And the presence of ambient light sensor saves the trouble of readjusting the brightness under different lighting conditions. However, gyro sensor is missing on the phone, whose absence will be duly felt on the use.

On the software side, Huawei Y7 Prime comes with EMUI 5.1 based on the latest Android Nougat. The UI offers an option to select an app drawer or to leave the apps scattered on the home screen. For the rest of the features, the UI is nothing out of ordinary and does inherit some unnecessary bloatware.

Powering the Huawei Y7 Prime is mediocre Snapdragon 435 chipset. Clocked at 1.4GHz speed, Snapdragon 435 is an underpowered chipset and the performance on this device is not the best you will get in this price bracket. Moving on to the camera, Huawei Y7 Prime embraces 12MP camera on the back. The shots taken from the rear camera packs a sufficient amount of details and replicates a natural color tone. However, I felt shutter lags while taking photos. In addition, there were no impressive changes with the images taken with HDR on and off. The images from the selfie shooter were not bad either. Bringing out most of the details, the 8MP front camera produces social media ready images and the beautify mode built in with the camera app provides a stronger assist. Even on the low lights, the camera performs well with minimal noises and grains. On the videography side, the phone is capable of shooting Full-HD (1080p) at 30fps frame rate. The phone also has inbuilt Slo-mo and Time-lapse features on the videography side.

For the connectivity, Huawei Y7 Prime packs 4G LTE, Wi-Fi 802.11 b/g/n, A-GPS, FM Radio, Bluetooth v4.1 and micro USB 2.0. The device is also OTG compatible, which can be used to transfer the battery juice to another device in addition to transferring data and files. Though the device is capable of running Dual-SIM on standby, the phone comes with an internal storage of 32GB with one fourth of the space devoured by the system firmware. So in the case of insufficiency, microSD card will be the option with the expandable capability up to 256GB. But since the MicroSD card uses the SIM2 slot for this purpose, which cuts you from the privilege to use dual-SIM on the standby.

The battery is the USP of the phone with the capacity of 4000mAh. As promised, the phone provides a decent amount of backup. Even while playing high-end games rigorously with full brightness and Wi-Fi on, the phone lasted for around six hours. The device backed me up for a day and a half on the normal usage. Yet there were, even more, options to prolong backup and optimize battery life. However, the phone is sluggish in the matter of charging. The phone lacks quick charging and takes a little more than 3 hours to get the charging fully done.

To sum it up, with a little potential on the camera, Huawei Y7 Prime has nothing best to offer except for its massive battery. And in the similar price bracket, there are many other smartphones, which supersedes the Huawei Y7 Prime in every possible aspect including the battery. So I see nothing remarkable to suggest our followers go for Huawei Y7 Prime.

What do I like about the Huawei Y7 Prime?

What I disliked about the Huawei Y7 Prime?

Huawei Y7 Prime and the competition